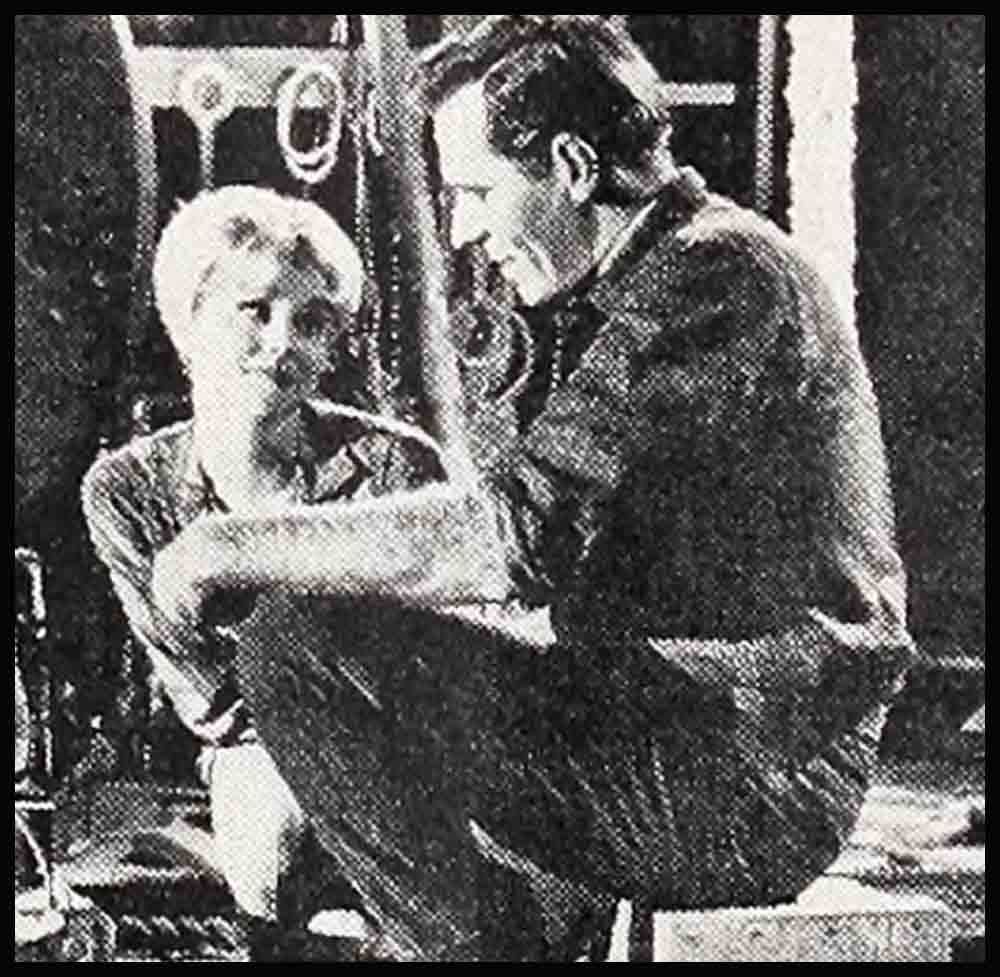 WHAT’S IT ABOUT? A boy chooses between two ways of life: an idolized uncle’s free-wheeling, a grandfather’s idealism.

WHAT’S THE VERDICT? Its consistent and sometimes brutal honesty wins respect and rapt attention. While Paul’s crude egotist and Patricia’s warm realist are the most striking characters, Melvyn and Brandon also come across solidly. Contrasting old and new Texas, the picture actually shows a dilemma facing us all.

WHAT’S IT ABOUT? In China of 1900, a group of foreigners holds off the fanatic Boxers and the dying Manchu Empire.

WHAT’S THE VERDICT? Blazing battles and imposing sets fill the screen with excitement for some 160 minutes, in spite of stock figures like the gallant Englishman, the strong, silent American, the good-hearted shady lady. Viewed today, the bygone International scene is fantastic and confusing: Who is in the right?

WHAT’S IT ABOUT? WorIdly but not very wise, a vaudeville girl drifts into a wistful romance with a younger boy.

WHAT’S THE VERDICT? Though its people and plot are familiar, it comes to life through nice authentic touches in the atmospheres of small town and sleazy show business. Sympathetic acting blurs the rubber stamp, too. Richard isn’t too naive; Joanne’s both hard and childlike; Claire escapes the Mom classification.

WHAT’S IT ABOUT? The peace of Arthur’s kingdom is wrecked by the passion of his queen and his dearest knight.

WHAT’S THE VERDICT? Here’s the original spirit of the Arthurian legend: gutsy and lusty as old Malory’s “Morte d’Arthur,” minus the romantics of Tennyson’s “Idylls” or Broadway’s “Camelot.” .lean is a witchy adulteress; Brian is a sadly human king; Cornel’s surprising skill as a director even outshines his able acting.

WHAT’S IT ABOUT? A conceited singing star is forced to change his tune when his baby son is kidnapped.

WHAT’S THE VERDICT? Promisingly tough and cynical at the outset, this thriller gradually loses steam, just as Pat—for all his sincere hard work—fails to convince us that he could be a heel, even temporarily. The mystery is never very mysterious, and the villain’s seen too early for a wind-up of pure suspense.

JASON AND THE ARGONAUTS

WHAT’S IT ABOUT? As the ancient gods of Greece look on, a young hero seeks a magic treasure to regain a kingdom. what’s the verdict? The old myths were often pretty rough, but this cleaned-up version just has the cheerful scariness of a fairytale. The special-effects de-partment creates most of the excitement, ranging from a bronze giant to a squad of skeleton warriors. Squabbling among deities adds a hint of sophistication.

TAMMY AND THE DOCTOR

WHAT’S IT ABOUT? When her aged benefactress falls ill, our backwoods gal up-sets hospital routine as a nurse’s aide.

WHAT’S THE VERDICT? Everybody who en-joyed Miss Fixit’s earlier adventures will be pleased to find this one staying right in line. Clowning with awesome energy. Sandra still looks mighty peart—now she has us talking that way! No going-steady stuff for Tammy; her latest is handsome intern Peter (a bit young).

WHAT’S IT ABOUT? Chased by a vengeful gangster, a con-man flees to Greece and starts an antique-faking racket.

WHAT’S THE VERDICT? Thank Tony for the best laughs in this light-weight farce. As a timid lush, he makes something out of very nearly nothing. As for Bob, he was a more appealing swindler with all those trombones to back him up. For us stay-at-homes, the real beauty of the fa-bled islands is an imaginary-travel treat.

WHAT’S IT ABOUT? A wild-catter working for a ruthless oilman breaks with his boss to help a girl find fortune.

WHAT’S THE VERDICT? Though it goes no further back than the Roaring Twenties in Oklahoma, it has the rugged frontier air and the unassuming briskness of a good little western. Skipping any pro-found character-probing, it concentrates on physical suspense like the breathless business of handling a high explosive.