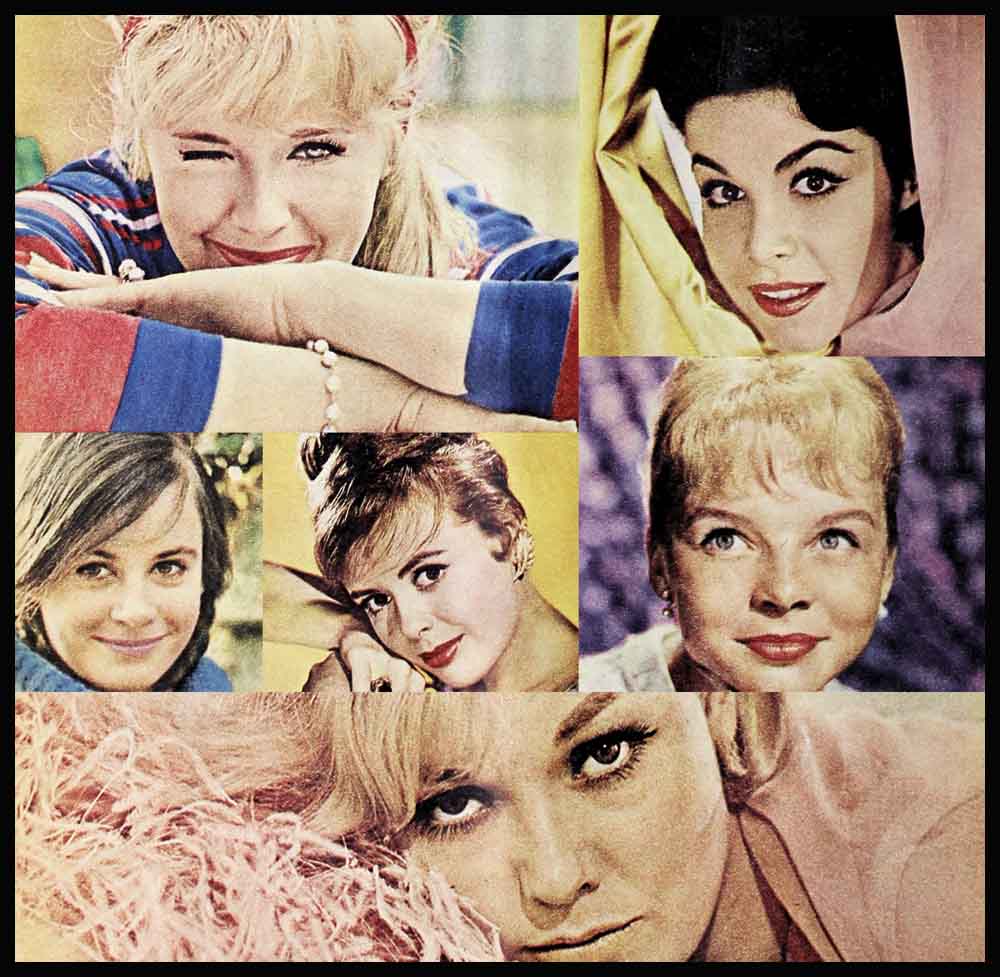 Would You Do A Nude Scene

1- CONNIE STEVENS: “Because of my religious beliefs, the answer is no—for me personally. Just like posing nude, acting might be a form of exhibitionism. But if you’re comparing the two, don’t overlook the fact that to be good at either requires talent. The big difference is that acting is far more of a challenge to the imagination than posing—that’s another reason why I prefer acting.”

2- SARAH MILES: “I would—if the scene is an integral part of the fum as it was in ‘The Ceremony.’ Yes, I posed nude in that movie. But all I did was take off my clothes for one second, and then it was all done and very quiet. I went back to England and suddenly someone decided to use that scene to publicize the film—and then I got the worst of it. When the film comes out and people can see it—it is so beautifully done by a great cameraman that they will see that they can’t see anything. I take off my clothes and I get into bed, but it’s so dark that not even an outline is seen. İt just looks lovely. If only the studio people had made it quite clear that I didn’t take off my clothes in broad daylight

But this way, it’s become quite silly and crude, I think. It’s very sad. They promised me that no photographers would be on the set, but one was there and he sent the picture around the world. And that’s how it started. It’s such a shame, really. I didn’t do it tor the publicity. I did it for the good of the picture.”

3- DEBORAH WALLEY: “Under no circumstances would I pose for a nude scene in a movie. That just isn’t the kind of ‘exposure’ that helps an actress’ career. On the contrary, it minimizes any real talent she might have and lessens the chances for public acceptance. Even if such a scene is necessary to the development of the plot and it is handled with taste, it’s a cinch to be sensationalized when the picture is released. I didn’t spend my parents’ money and my time in learning to be an actress, only to end up displaying the kind of talent that’s measured with a tape by inches. That’s not for me.”

4- ANNETTE FUNICELLO: “Definitely not. I don’t think an actress’ career should hinge on such promiscuity. Even for so-called ‘art’s sake. Her talent or ability as a performer should be enough to win her the role she seeks. I think that such an act cheapens an actress and lowers her standing in the movie industry. By doing so, I feel she would also lose the respect of her fans and the movie going public. If getting a role is dependent on an actress doing such a thing, maybe she would be better off to get into some other kind of business.”

5- LAUREL GOODWIN: “I don’t think so. I would be embarrassed to tears! That would stop me altogether, aside from any other moral considerations.”

6- KIM NOVAK: “Yes, and I did in ‘Of Human Bondage.’ At first I worried about it and thought maybe I should wear some kind of nightdress. But then I decided nothing—absolutely nothing—should come between me and my audience. My director even suggested that I use a ‘body double/ When I asked him what he meant, he told me, ‘You have a nude scene and of course you don’t want to pose in the nude, so you’ll have a body double.’ But I told him, ‘Why should I use a double? Who’s got a better body than I have?’ Of course, when I did the scene, they cleared the set of everybody but the people who were working on that scene. When it was over, Lawrence Harvey told me: ‘I’m glad I became an actor. This was worth waiting for.’ There’s only one thing that worries me about it. My mother won’t like it. Only last Christmas she warned me not to take any nude photographs. But I guess if you I want to be a true artist this kind of thing is necessary.”

DOLORES HART: “I would say absolutely not. And I don’t care if it’s the greatest part in the world. No role in any picture is important enough for an actress to sacrifice her womanhood—and all that a woman has is her femininity. One of the big farces in Hollywood is the emphasis upon integrity, yet some people who are always talking about it are often willing to put a role ahead of their dignity. We have responsibilities in being actors and actresses. If you pose in the nude for a role, you may be on the screen for twenty-four I seconds at the most, but you have to live with yourself for twenty-four hours a day.”

DIANE McBAIN: “Absolutely no. If I can’t get by on legitimate acting ability, I’ll retire.”

STEFANIE POWERS: “No. I wouldn’t. I don’t feel that my type of character or image at this point would call for it. And even if it did, I wouldn’t do it.”

CARROLL BAKER: “Yes, I guess I yielded to the nakedness trend in “Station 6 Sahara”—and for a magazine layout, too. All our barriers are breaking down; we’re reverting to a pagan society. If the First Lady wears tight Capri pants and a swim suit, what are we poor actresses supposed to do to attract attention?”

SANDRA DESCHER: “I wouldn’t do it for any amount of money. My reasons are both professional and moral. Professionally speaking, I think audiences couldn’t ever visualize you in a June Allyson-type role again if you posed in the nude. Also, I don’t think producers or directors would be able to see you in any other type of role either, once you’d done that.

“Morally speaking, I just wouldn’t want to pose in the nude, even if it was going to win me an Academy Award—which I want with all my heart. It simply isn’t in keeping with my own standards.”

SHELLEY FABARES: “No. I would not. I just don’t believe in it. I don’t think any career would be that important to me. If that was the only way I could get ahead. I’d say forget it.

“If I do make any great advances in my career. I want it to be because I have done a good acting job and can do other good acting jobs—and that’s all!”

LYNN LORING: “If I can’t get a break in my career without doing that, then the career will just have to be forgotten. No role is that important.”

ELSA CARDENAS: “No. Because I would not feel comfortable. It would bother me. If it didn’t bother me, it would be all right. They are going to think I am very square. but I like to be square in this. Also, I catch cold so easy!”

URSULA ANDRESS: “I don’t think that such a thing will make you a success. And if this is what success is based upon. no, thank you.”

ELIZABETH ALLEN: “If it was a role that I felt was a good role, and if a nude scene were indigenous to my portrayal of the character, I would do it.

JOANNA MOORE: “An actress’ duty is to perform the role. And if it was in the script and important to the character delineation, I would do it.”

MIKKI JAMISON: “No, thanks . . . nothing’s left to the imagination! However, I have a mad passion to wear a yellow lace slip in some yellow-lace-slip-type scene someday . . . how yummy! I’ll never forget Lee Remick in ‘The Long, Hot Summer’ in her yellow slip. . . .”

CHERYL HOLDRIDGE: “No. I just couldn’t do it. I don’t think my body should be revealed to everybody like that. I couldn’t pose in the nude. I couldn’t even face the photographer!

“I have too much respect for my body to expose it to everybody’s eyes who wanted to see it. I just wouldn’t do it, that’s all.”