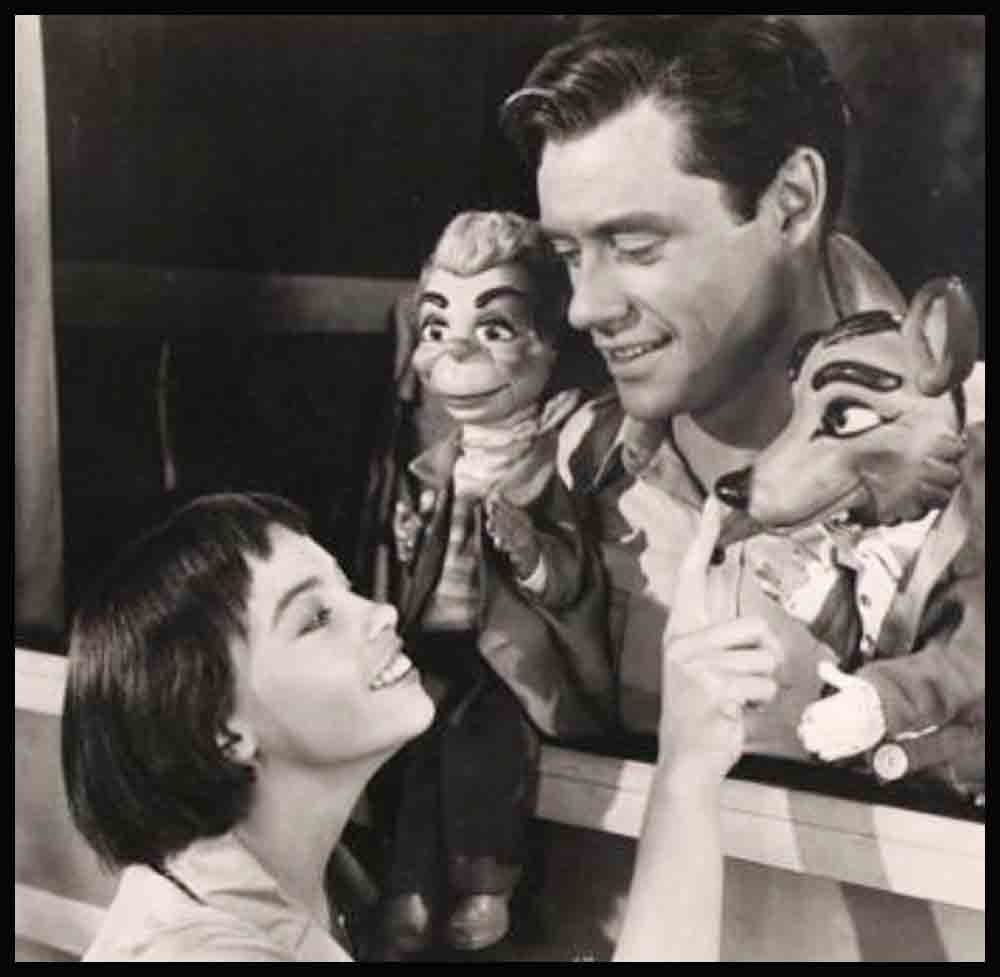 An immediate hit in “An American in Paris,” Leslie Caron still was just Gene Kelly’s leading lady. Now she has a picture of her very own, an airy bit of enchantment, with touches of music and some wise words to say about love and the business of growing up. As Lili, a penniless orphan who finds refuge with a little French carnival. she violates half the rules of Hollywood beauty—and yet she’s completely captivating. The awkward youngster is humbly in love with the dashing magician (Jean Pierre Aumont), who, under the watchful eye of his sumptuous assistant (Zsa Zsa Gabor), gives Leslie a steady brush-off. She works for the puppet show run by Mel Ferrer, a forbidding fellow whose bitterness dates back to war wounds that ended his dancing career. More youthful-looking and appealing than in any of his earlier roles, Mel teams with Leslie in an unusual sort of romance that is expressed in unique ways. The film is not a fantasy, but the puppets play a part in the story. So do the dances that Leslie drifts into in daydream sequences.

Leslie loves Mel’s puppets, but shrinks from their master until this moment comes