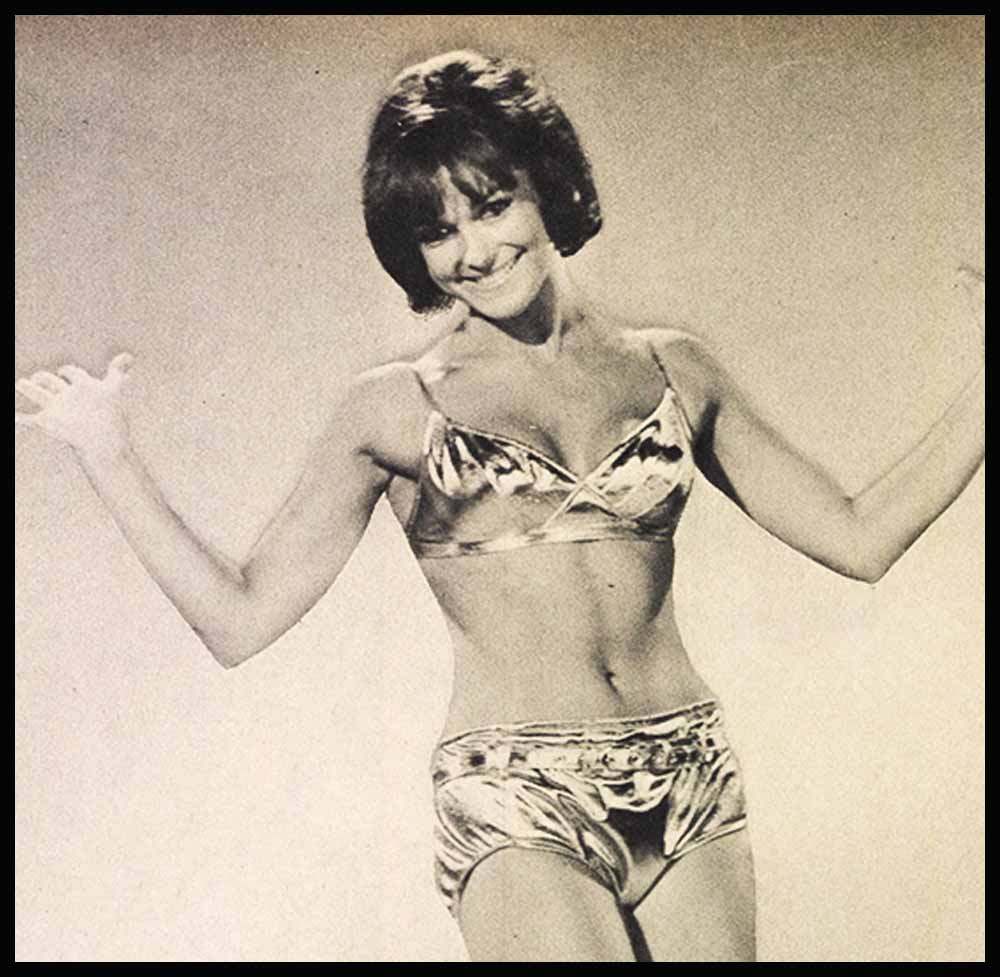 This Is How The Beach Crowd Does It!

My how things have changed with the beach crowd. Bikinis are still important but they’re no longer just bikinis—they’re gold-plated—their current pic has out- grown the quickie, make-shift scripts which they’d bounce off in 3-5 weeks. . . and the girls, well, they’ve always had curvacious builds but for playing secret agent robots they’re getting a build-up they’ve never had before. Of course all these changes took shape when American International Pictures began shooting that crazy new comedy, Dr. Goldfoot And The Bikini Machine, which took two whole months to complete instead of 3 weeks. Why the sudden change of policy when the former AIP beach pix—Bikini Beach, Patti Chandler’s İst movie, How To Stuff A Wild Bikini, etc.—surprised all Hollywood with their success? It seems other studios began copying their idea of good clean fun—with lots of pretty girls thrown in—and AIP was forced to sink more time and money into Dr. Goldfoot to keep ahead of the competition. Everyone wonders how these pix make so much money, but the beach crowd doesn’t worry how they do it, just as long as they have fun doing it.

Lovely Uta Stone is a newcomer to the crowd. Not used to the fast pace, she took a breather from the continual highjinks on the Dr. Goldfoot set and found a deserted place to stretch her long and shapely gams. (left photo )

From the left Luree Holmes, Salli Sachse, Sue Hamilton, Leslie Summers and Mary Hughes make sure they have next scene down pat. (middle photo)

Most of the beach girls are single but Salli Sachse has a good-looking husband named Peter she goes home to. When Peter visited his wife on the Goldfoot set (left photo) Vincent Price was clowning on the floor.