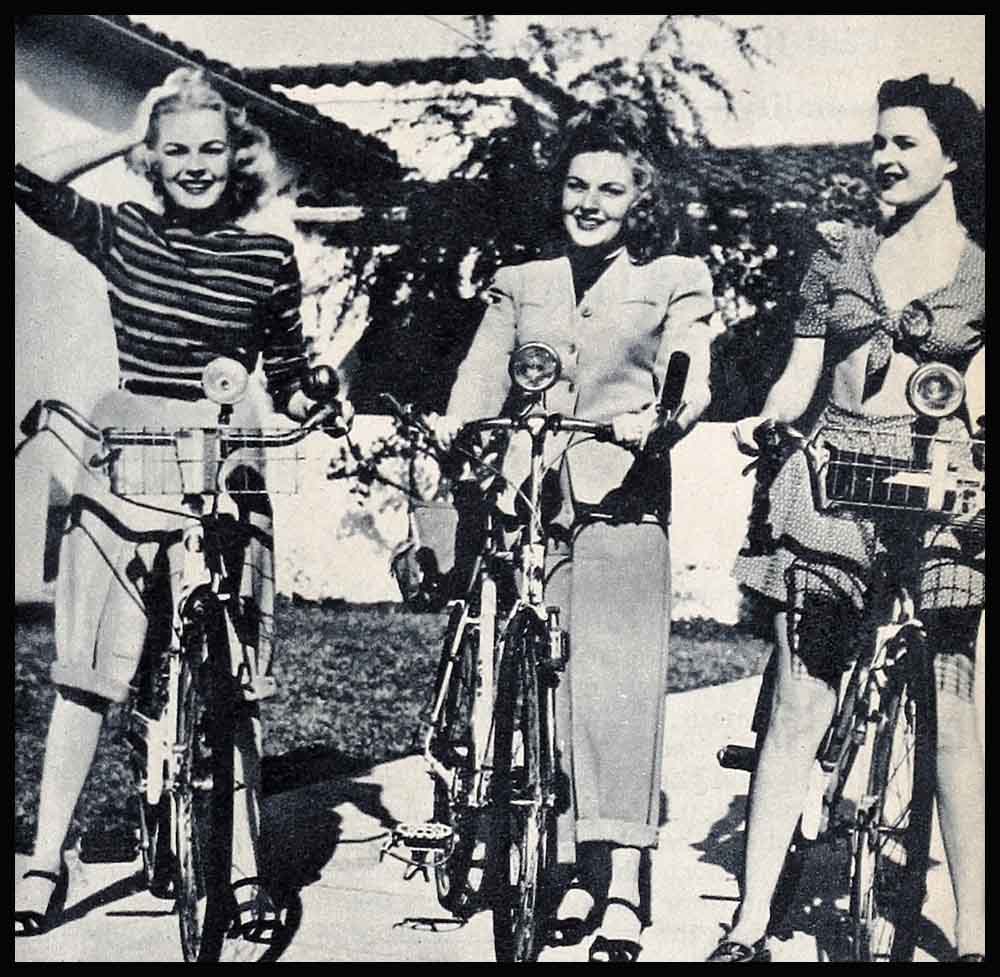 Jinx Falkenburg comes of a family born, not with silver spoons, but with rackets in their mouths. So this glamorous dynamo devotes her Sundays to the outdoors and tennis. Here she is learning the technique of re-stringing her own racket.

Loretta Young regularly attends the Church of the Good Shepherd out in Beverly Hills. If you attended one Sunday morn, you’d see her—you’d see Irene Dunne and Dr. Griffin, the Jack Haleys and the Don Ameches, as well as many other film folk

Nowhere but in Hollywood would you find a newlywed spending Sunday on fan requests for autographed pictures. And nowhere would you find a more adoring husband than Vivian Blaine’s Manny Frank who’s helping with the photo-mailing

Diana Lynn is a faithful example of the church-going younger set. She goes to the First Christian Church of suburban Viewpark. It’s a simple little country church—and if you stopped by you’d find not only Diana in attendance, but her whole family.

This is not a family reunion but Robert Young and his brood in their favorite Sunday pastime—catching up on the comics. The Youngs stretch out on the living-room floor (all except Baby, who stretches out on Pop) and lose themselves in the funnies.

These days Hollywood is a civilization on wheels, where glamour goes around on bikes. Here are June Haver and her two pretty sisters getting wound up for a spin. June’s busy studio schedule leaves only Sunday afternoons to catch up on sister-visiting and biking.