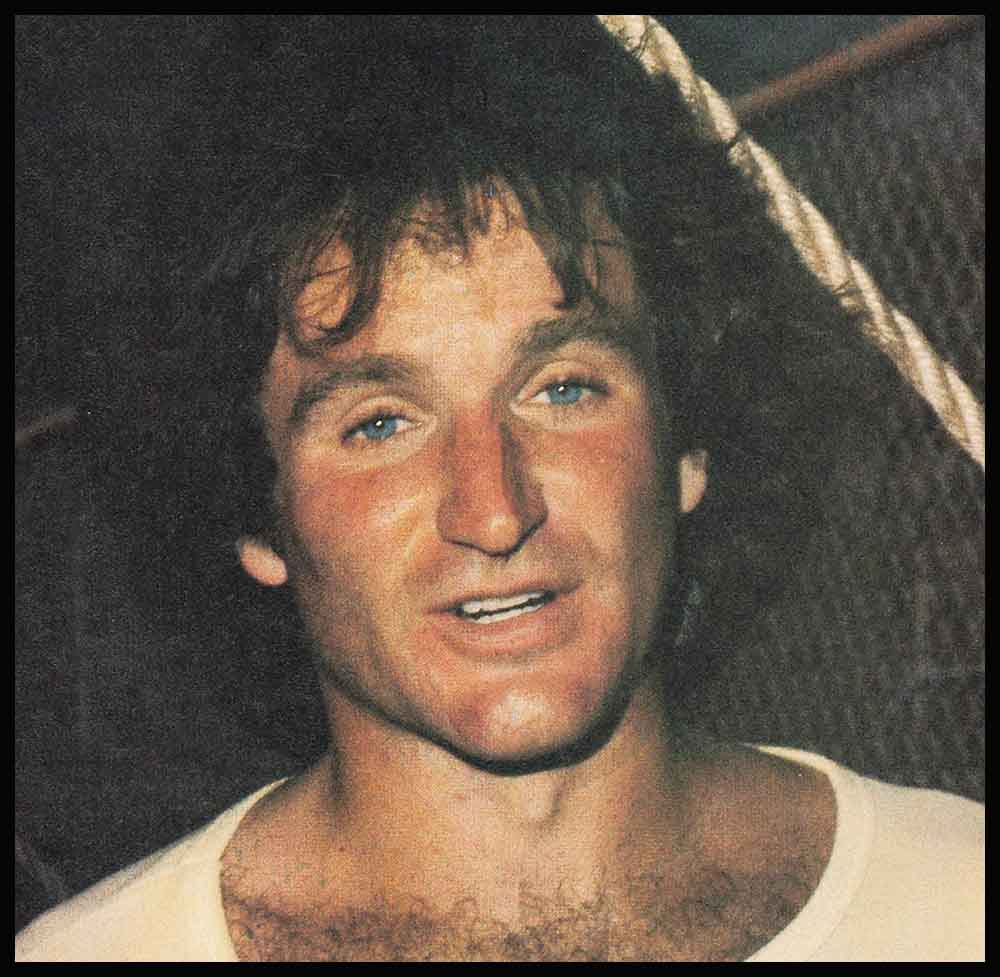 My Wife Is The One Who Made Me A Success!

Mork might never have descended from Ork had Valerie Velardi Williams not encouraged her husband Robin to continue perfecting his zany and unique comedy routines at a time when she was often his audience of one!

Mork & Mindy star Robin Williams met Val, a dancer, when he migrated to San Francisco several years ago. A Detroit native, Robin had graduated from funniest kid in class to educated professional (Julliard), but getting his first break in show business almost proved heartbreaking to the 26-year-old. It was Val who constantly bolstered her husband’s confidence, and it was Val who pressured Robin to leave San Francisco and head out to L.A. “I’m not sure any of it would have happened if it weren’t for Val,” Robin says with great affection—and great modesty, for no one disputes that the young actor’s phenomenal popularity is well deserved! Robin admits that doing comedy is so much a part of him that “it’s like my drug . . . I really do feel like a comedy junkie, not just for the laughs, but for the energy.”

Robin’s now got plenty of outlets for that Creative energy. After being discovered by t.v. producers while doing showcases in Hollywood, Robin won hearts with his Mork improvisation—and made t.v. history. But he’s not sitting back and feeling placid. Robin wants to explore new veins of comedy—in order to keep ’em laughing!