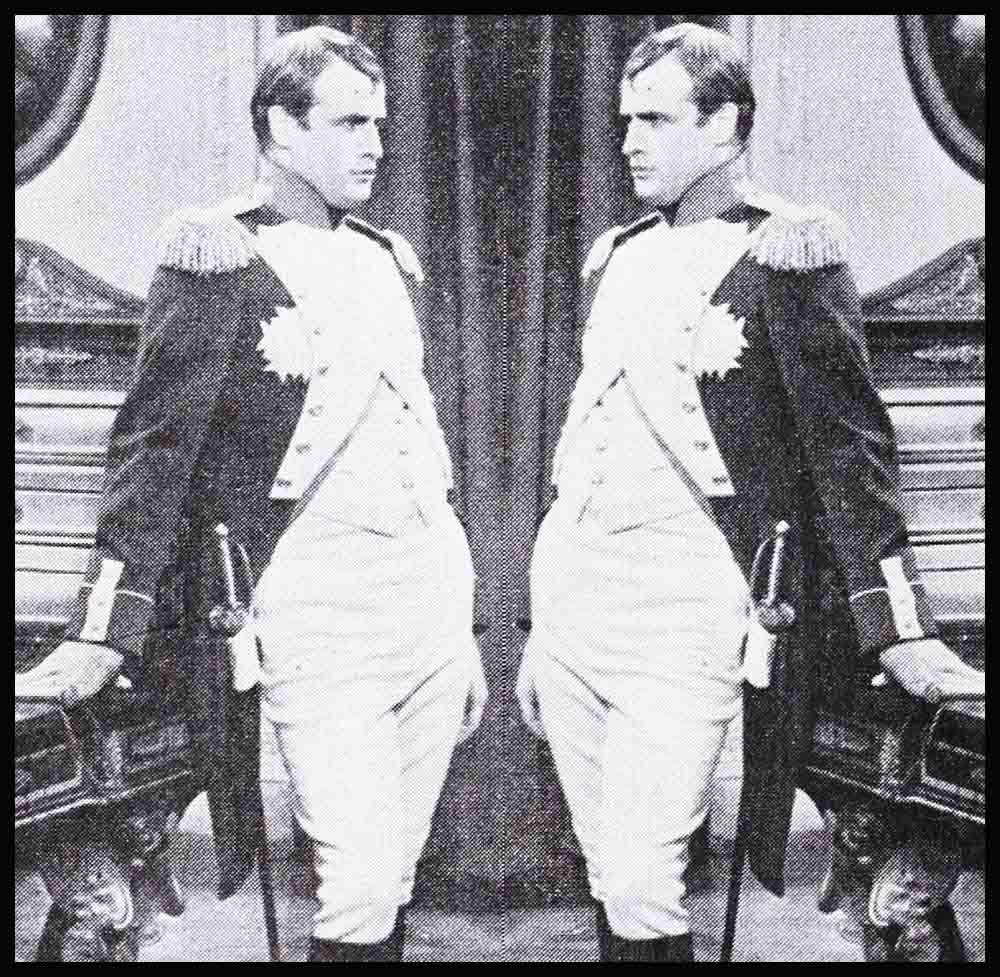 I thought even less of Zsa Zsa Gabor after the Bel-Air fire than I did before, and then she had only a passing grade. Her great drive for publicity was as uncontrollable as the fire itself. And her hurried press conference didn’t erase her previous statements or the photographs that appeared of her in a mink coat, looking at her private ruins. Hollywood was better when there was less of Gabor and more of Garbo.

The mention of Garbo reminds me that my respect for her increases as time goes by. She knew when to quit. Perhaps Garbo could read the handwriting on the roof tops. Although her last movie, “Two-Faced Woman” (1941), was a flop, she retired the Champ. She knew when to tell M-G-M her final “I tank I go home.” And her old movies on television have made her a big favorite with a new generation. She is especially popular with every young girl in America who wants to be an actress.

I have wondered why Marilyn Monroe, to name a leading example, would want to study acting at the Actors’ Studio. There Mr. Strasberg teaches acting for the stage, not the screen. The technique of stage acting and screen acting is very different. Ask David Wayne, Jason Robards, Jr., Sir Laurence Olivier and they’ll give you the honest answer.

Just standing in the chalk-marked outlines of your feet to play a scene makes a fat difference. So now that you’re a movie star, Rock Hudson, Kim Novak, Frank Sinatra, Doris Day, Robert Mitchum—and even you, Natalie Wood—don’t go in for acting lessons and try to be an actor. I’m against it. You’ll hurt what you’ve got. Just keep on learning by doing what comes naturally. That’s a Method, too!

I’m ambidextrous. Because on the other hand, I wonder if Fabian would have made good if he had talent.

There is a great deal to be said in favor of scandal for movie stars. I’m not advocating it, but you must admit it helped the careers of Debbie Reynolds and Elizabeth Taylor. It tripled Debbie’s movie salary and put Liz Taylor in a million-dollars-for-a-movie category. Natalie Wood provoked more audience interest when she announced she was divorcing Bob Wagner and later was seen in the company of her “Splendor in the Grass” love interest, Warren Beatty. There comes a time when a star is in that phase of a career where the movie star’s way of life is in itself merchandise.

I’m still rooting for Perry Mason to lose a case. Wow! No one could call television a wasteland then!

I’m waiting for someone in a Hop movie to win an Oscar. Just because a picture is a flop, and even bad, it doesn’t follow that there can’t be an excellent performance in it. So you want an example. Well, how about the performances of Robert Ryan in “The Set-Up,” Kim Stanley in “The Goddess,” Shirley Booth and Tony Quinn in “Hot Spell,” John Cassavetes in “Edge of the City” and Michael Redgrave in “The Quiet American” for openers.

I don’t dig Ingmar Bergman as a director. I think he’s highly over-rated by a cult of opinion makers.

Of all the child movie stars from Jackie Coogan to Shirley Temple to Kayley Mills, my favorite is Mickey Rooney. He is the only child star I’ve known who hasn’t outgrown me.

I like starlets as much as the next fellow, and I realize they are the new faces and bodies of the industry. However; if you press me for a rapid definition of a starlet, I’d reply: A starlet is a female who’ll go out with anybody as long as he’s a somebody. And why aren’t there male starlets? The men are supposed to have equal rights in this country, remember?

I’m hip to Bobby Darin. He can’t believe he’s as good as he claims to be. As a matter of fact, he snaps his fingers at the whole thing.

I don’t agree with Edward R. Murrow and his lecture that Hollywood should produce movies that present a better image of America to the world. England sends us the likes of “Saturday Night and Sunday Morning,” in which an angry young man has time to have an affair with a married woman while he’s objecting to the working conditions and traditions of England. France’s New Wave reaches our shore and theaters with everything from “The Lovers” to “Restless” showing life in the raw and telling us in no uncertain words about their corrupt social order. Italy gives us their masterpiece, “La Dolce Vita,” which explains and demonstrates reel after reel after reel until we are reeling how decadent is the glory that used to be Rome. And for the grandeur that once was Greece, we are supplied with “Never on Sunday,” which glorifies a prostitute. Yet—and here’s my point, Mr. Murrow—we, the people of the audience, haven’t a bad image of England or France or Italy or Greece because of these movies. So I say to you, Mr. Murrow, get with it, man! The way for Hollywood to present a better image of America to the world is to make better movies. It’s as simple as that, man. So kick all that high sounding propaganda stuff just because you’re in a propaganda department.

I remember a friend who was doing research on “Desiree”—that’s the movie in which Marlon Brando played Napoleon—and I could have warned Paramount about “One-Eyed Jacks” and M-G-M about “Mutiny on the Bounty.” Because this remembered friend told me that the research told him that Napoleon had a Marlon Brando complex.