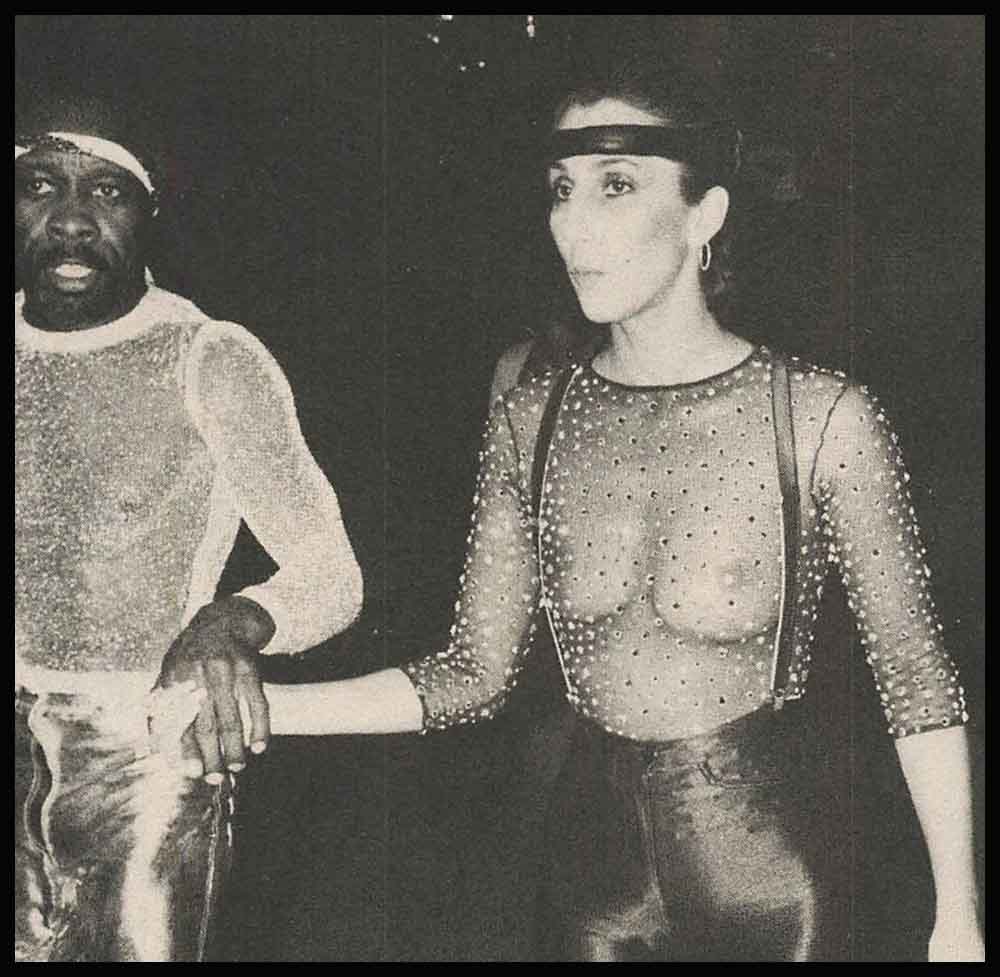 “I Don’t Answer To Anyone But Myself!”

Looking at her now, in her low-cut gowns and see-through blouses, it’s hard to remember that Cher Bono Allman was once a shy young woman who need permission from her husband to do the smallest task! Sonny Bono, Cher’s first husband, who she met when she was 16 and he was considerably older, believed that a wife should know only what her husband chose her to; should do only what he wanted her to do. And Cher wholeheartedly agreed. “Son was everything to me; father, brother, lover, friend, and I needed him terribly.”

But today, at 32, divorced from Bono and from second husband Gregg Allman, Cher chooses to follow her own road to independence. “For the first time in my life,” she joyfully exclaims, “I don’t have to answer to anyone but myself!” Although Cher concedes that “my kids (Chastity Bono, 10, and Elijah Blue Allman, 3) do need a father,” Cher is quite determined when she adds, “but I don’t need a husband!” Indeed, the once passive entertainer has now taken the reins of her life in her own more and more capable hands and seems to be making a success of her professional, personal and domestic life.

Wanting to “be classy,” Cher is re-gearing her image to include disco music, and her new record album is expected to be a blockbuster. Insisting that “the kids are really what’s important” Cher juggles her hectic schedule to include plenty of time to play with the two towheads she mothered, taking time out from anything to tend to their needs.

Last for Cher comes her social life, in which she has cultivated more women friends, and settled for what she terms a “comfortable” relationship with “Kiss” musician Gene Simmons. She’s angered by the sexual facade that had caused people to “think that I’ve slept with the entire Mormon Tabernacle Choir . . . in my entire life, I’ve only been with four men.” Now—she’s on her own!