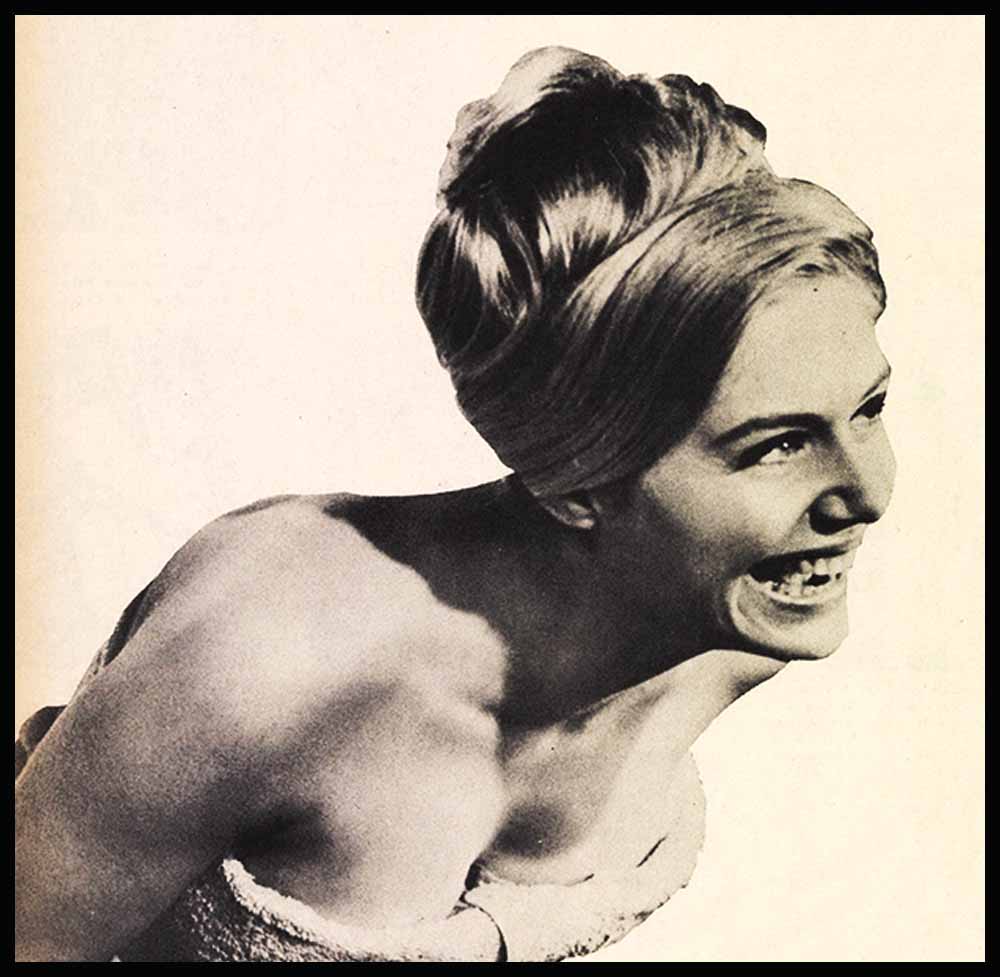 Mickey Rooney’s 19-year-old son, Tim, bears a striking resemblance to his dad, except he is 6‘ and his dad is 4‘11“ tall. Tim made movie debut with his dad in King of the Roaring Twenties, ’61, and was on TV last year with him in Mickey. Village of the Giants is Tim’s latest pic. He also has a TV pilot with Walter Brennan in the works.

Launched in The Servant (for which he won Britain’s Most Promising Actor award), 25-year-old James Fox has been swamped with offers. He’s the British pilot in 20th’s Magnificent Men, the flight lieutenant in Col.’s King Rat, and Brando’s co-star in The Chase, Col.

Parisienne Dany Saval, 22, began her career as a ballet dancer. Brought to the screen by Walt Disney in Moon Pilot in ’62, she has now made 16 pics (latest, Boeing Boeing for Para.). In real life, she is Mrs. Maurice Jarre.

Suzanna Leigh, 20-year-old English debutante (she’s danced with Prince Philip), makes her debut in Boeing Boeing. But her score of the year is the lead opposite Elvis Presley in soon-to-be-released Paradise, Hawaiian Style.

SAM THE SHAM & THE PHARAOHS

Sally Field, 18 and 5‘2“, is a Cinderella story come true. She was picked over 150 aspiring applicants for ABC’s Gidget. Though this is Sally’s first acting job, it will likely not be her last.

Edgar’s girl is all grown up. At 19, Candy Bergen has traded modeling for the silver screen. Dir. Sidney Lumet, looking for “the most beautiful creature in the world,” for Lakey in UA’s The Group, chose Candy. She has since completed the film, dropped out of college, and shipped off to Taiwan to star w. Steve McQueen in 20th’s Sand Pebbles.

Mike, 22, who’s made quite a name for himself as a ballad singer, has branched out into TV—a semi-regular on ABC’s Shindig— and films—Embassy’s Village of the Giants.

F Trooper Ken Berry started out with a series of one-night stands as a dancer in his native Moline, III. that took him as far as North Africa. Blue-eyed Ken went on to roles in Ann Sothern Show, Dick Van Dyke Show and Wendy and Me. Married to the former Jackie Joseph since ’60, Ken lives in H’wood and is raising two adopted children, John and Jennifer.