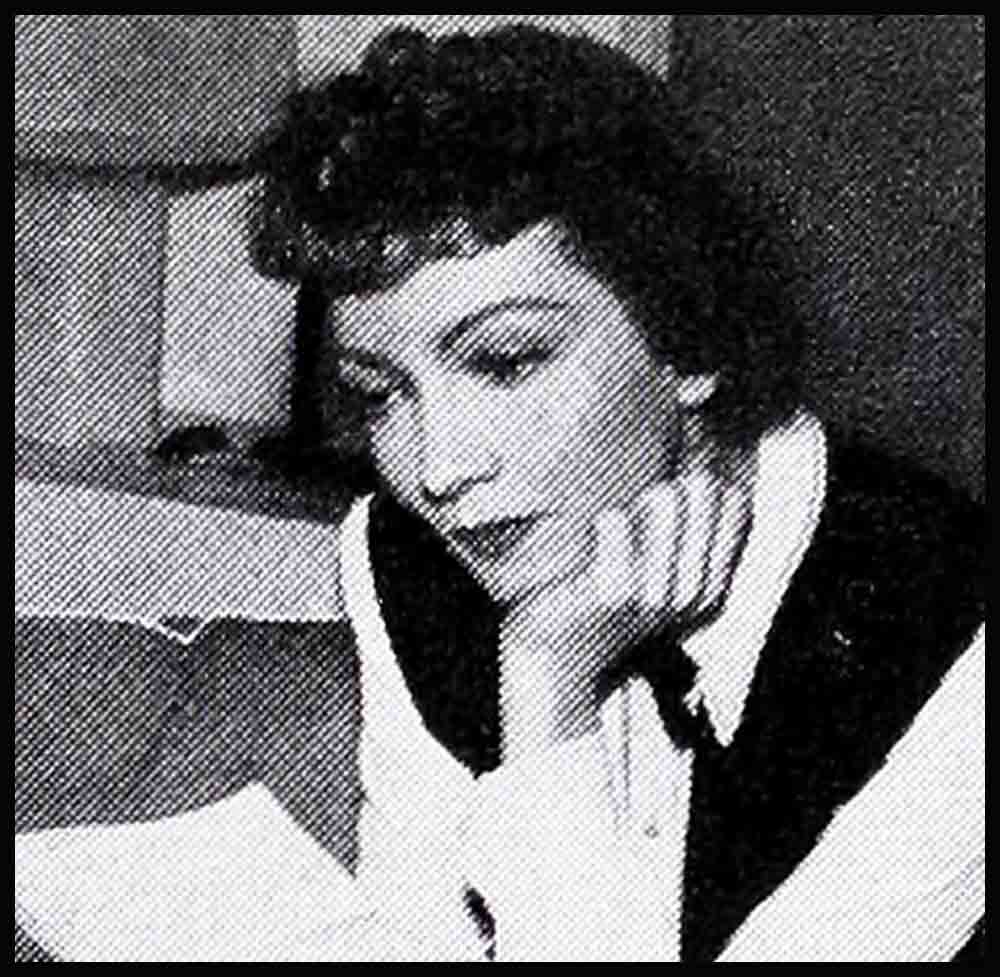 I have been going steady with a boy from my school for five months. I’m very much in love (Mother calls it “puppy” love), and I’m sure he loves me, but he is very jealous and enjoys hurting my feelings.

We broke up about two weeks ago because a boy I know asked me to help him pick out a birthday gift for his mother. I didn’t see why I should refuse to do this little favor. My boy friend either saw us, or someone told him about this shopping trip.

The next time I walked into The Drippy Faucet (our hangout) with a girl friend, my beau went out the hack door. He said he didn’t want to stay in the same building with me until I had apologized.

I apologized and now we’re going steady again. But I don’t feel right about it. I think he was wrong to get so mad. I think he might have given me a chance to tell him about the shopping trip before embarrassing me in front of our gang.

It seems to me that, if yon are wise, you will transfer your affections from this hot-headed boy friend to someone capable of playing fair.

Boys and girls should be taught one Cardinal principle of life: no human being owns any other human being. This boy feels, obviously, that you are his property.

Psychologists know that this ultra-possessive trait is caused by insecurity. but that fact has nothing to do with you. You aren’t responsible, so certainly you shouldn’t have to bear the brunt of his resultant ill nature.

Better pick out a beau who will bring you pride and happiness instead of misery.

I am twenty and until two years ago, I had never had a date in my life. During high school I was shy and introverted. After graduation, I took a job in a big office where I worked with many girls and boys of my own age and I began to act more natural with fellows.

There were two in particular that I liked. I had a few dates with each one, but nothing much came of it. Then Mike went into service and asked me to write to him. I wrote to him—and how I wrote. I sent him every quip I heard, especially if it happened to be a little wicked. I think I wanted to give the impression that I was sophisticated. Actually, I didn’t understand some of the things I wrote until months afterwards when I was re-reading the carbon copies. I nearly died.

When Mike came home on leave, he didn’t even call me although I had been writing to him twice a week and he had been answering. He did call one of the other girls in the office and had several dates with her.

Now here is what’s bothering me! I’m not in love with Mike, and never will he. He wasn’t a “romance.” But I don’t like the idea that he may have shown my letters to some of the other boys, or that he may have the wrong impression of me.

What can I do to correct this? Would it be corny to ask for my letters if he stili has them?

I’m a great believer in the candid approach. Yon have made a mistake. You understand the nature of the error and you wont repeat it.

Suppose this boy had heard you trying to learn t o play the piano. Few people produce bearable music during the early days of finger exercises, so you might have offended his ears. When you had mastered a difficult piece of music, wouldn’t it then be sensible to ask him to listen to you?

Learning to write letters and learning to be simple and unaffected are merely two exercises in the process of developing a personality.

You might write this boy a straightforward letter, much like the one you have written me, explaining your high school diffidence and then your inclination to be a shade too bold.

Nothing would be lost by a sincere confession, and much might be gained. Even if you had no response from the boy, you would have faced a problem with courage and honesty, and that’s a great foundation for social success.

My husband and I have a serious problem concerning our daughter. She is twenty-one and is going steady with a boy who doesn’t amount to beans. He won’t work, has never worked in his twenty-three years, and is supported entirely by his mother. The boy says he sees no reason to “kill himself off” when he can live on an allowance.

He lies to my daughter, borrows money when he runs short on a date and then “forgets” to repay the loan. He dates other girls, but makes a dreadful fuss if my daughter dates other boys.

Our daughter is an only child, but is usually sweet and tractable. She has an excellent reputation, and is holding a responsible job.

She insists that she is madly in love with this wastrel, and because she is twenty-one, there is nothing we can do if she decides to marry him. At least, I haven’t been able to think of anything. Can you?

Perhaps, since your daughter is an only child, and since you are completely devoted to her, you have indulged her in every wish she has expressed from babyhood.

İt is natural for the human being to seek to assert itself. So your disapproval of this boy may have given your daughter her first opportunity to prove she is an individual. Let us hope that the boy is of secondary consideration, and that his true meaning for your daughter is that of rallying point for her eagerly-sought maturity.

If you could explain to your daughter that you regard her as a woman, capable of making her own decisions sensibly, perhaps she will feel that she has won her point without continuing her romance with this unpleasant man.

I’m sure your daughter loves you and her father very much, and if you will relax your pressure upon her, let her use her own well-developed good sense, and assume that this is merely a passing phase, she will no doubt react favorably.

I am twenty-seven years old and have been married ten years. My husband is a fine man and we get along happily together, but we have been unable to have children for some reason which doctors can’t diagnose.

Now we have the opportunity to adopt a little one, but my husband is opposed to the idea. He says it is too great a gamble, and that he would always feel dubious about the child. I have pointed out that he and I might have a child who would be different from either one of us in nature, but that we would love the baby just the same.

I feel that our home is threatened by this conflict. How can I dispel my husband’s fears and convince him that our greatest happiness lies in taking this child? Our doctor has assured me that he will not permit us to take the baby unless it appears to be in good health and of sound mind.

Please help me to realize my heart’s desire.

Every woman in the world can sympathize with your eagerness to adopt a child, because since time began it has been the ultimate aim of a woman to become a mother.

However, marriage is an equal partnership and any major undertaking should be entered into with equal enthusiasm by both husband and wife. İn your marriage vows you promised to cleave unto your husband alone. This sentence means more than mere physical faithfulness; it implies that, in all things, you and your husband will consider one another above all others.

Bringing up a child is, at least, a tremendous sixteen to twenty-year job. Such a job must have the active cooperation of both parents.

It seems that only unhappiness could come to all three of you, if you insisted upon taking a child whom your husband does not want. In all differences of opinion, there must be a final vote. Let your husband’s vote decide this if you truly love him, and you wish to avoid giving him the feeling that an unknown child is more important to you than he is.