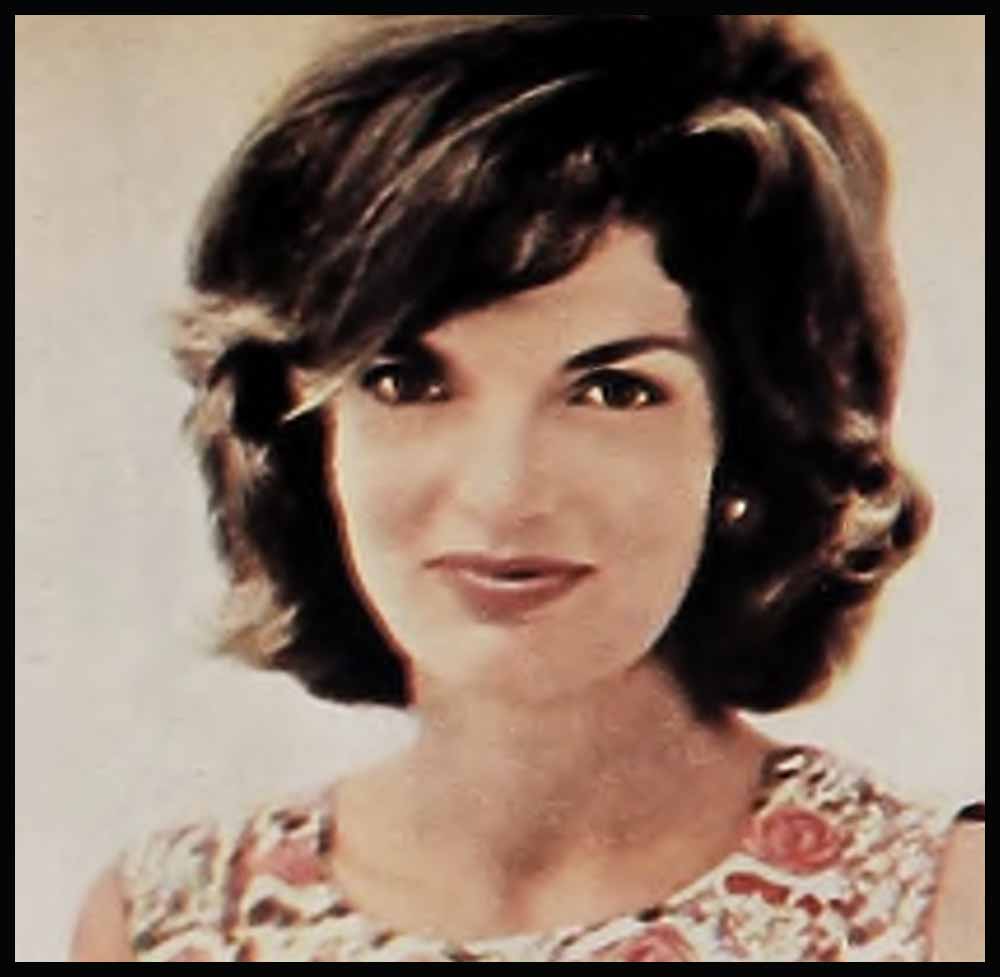 What Hollywood Is Saying About Jackie Kennedy

PAUL ANKA: “I’ve just returned from a tour of most of the major countries of the world, and I was very pleased to find that Jackie Kennedy has made a tremendous impression on young people all over. I noticed young girls who, three or four years ago dressed like Brigitte Bardot, now have the ‘Jackie look.’ Because she is so elegant and has such great charm, I think Mrs. Kennedy can set a great example the world over.”

ROBERT LOGAN: “Jackie Kennedy? The only opinion I have about Mrs. Kennedy is that she’s lucky to be married to a man like her husband.”

GARY LOCKWOOD: “I’m glad to say I don’t think Mrs. Kennedy’s had much influence on the girls I know—she’s not exactly my type. Secretaries and airline hostesses and waitresses and salesgirls—people who come directly into contact with the public—are most likely to try to copy someone famous. The girls I know, movie actresses, usually would rather try to set a style themselves.”

CONNIE STEVENS: “She has had too much of the wrong kind of publicity. I think it’s all right for her to be in the news, or even in a woman’s service magazine—but on the cover of Photoplay! It doesn’t seem right to me at all.”

CYNTHIA PEPPER: “I think Jackie has had a lot of influence on kids in school, and that’s fine. But I certainly don’t approve of her being in Photoplay. I mean, next thing, they’ll be wanting her for a movie! She’d probably do very well—but she’s the President’s wife. The President’s wife should be above all that.”

JANE FONDA: “Mrs. Kennedy was never meant to be a First Lady. I’ve met her and she’s so terribly shy. I feel sorry for her.”

DINA MERRILL: “I think she’s terribly attractive and a wonderful First Lady. But as a Republican, does this mean we have to run Elizabeth Taylor on our ticket in 1964! Seriously, I’ve known her for many years and I think she’s a woman of great taste and charm. She’s a great asset to her husband—and to us. And I think she’s being very sensible about her children. She’s doing as good a job as she possibly could, raising a family in the public eye as she has to. She’s chic, she’s intelligent and she’s charming.”

TROY DONAHUE: “If Jackie Kennedy is in public demand, then of course her picture should be shown. Why not? She’s unique. She’s the only person who could hold the special position she’s made for herself in the world. Yes, she’s just the kind of girl the new Troy Donahue would like to date!”

STEFANIE POWERS: “I love Jackie Kennedy. I love her taste in clothes. I’m sure I would have been imitating her for ages if I weren’t already imitating Audrey Hepburn!”

VİNCE EDWARDS: “I think Jackie’s had a lot of influence on Hollywood girls—maybe too much. Suddenly they’re all brunette. Now I have nothing against Mrs. Kennedy—she’s a real cute girl—but personally, I prefer blondes!”

ROBERT CONRAD: “I think it’s terrific that Photoplay’s had Mrs. Kennedy on the cover. Hurray for Photoplay! Jackie’s a swinger—the number two girl in my life. It’s a great thing for the country to have her. There are lots of girls who are sophisticated, cosmopolitan, intelligent—but she’s pretty, too, and in my business that’s important.”

ANTHONY GEORGE: “What’s all the fuss about? As long as her husband is a good President, I don’t care what she does! (Of course, all things considered, it’s nicer to have a pretty First Lady than not!)”

EDD BYRNES: “She’s a doll. But she hasn’t had too much influence on the girls I know—which is just as well. I don’t like imitations of anyone. Girls who go in for that sort of thing are usually very young and very immature.”

JAYNE MANSFIELD: “As a woman who is trying to get everything out of life myself, I salute Mrs. Kennedy! To me she’s a lady in the White House, a woman in her social life and a wonderful mother in the nursery. Women throughout the world can now look to an American First Lady who represents the full, rich, good life—and still manages to stay ‘real folk,’ Look at the way she was willing to let a magazine show her actually being thrown by a horse! She’s the embodiment of all women-and oh, yes, let’s not forget to mention she has a very attractive figure.”

GARDNER McKAY: “Jackie Kennedy? Wow! I think she’s great. If she were single I’d love to date her. Since she’s taken, I wish more women would try to be like her—especially Hollywood women, who could use improvement. They could profit by her example even more than by what she says—except that I suppose she sets too high a standard for them to imitate. I mean—how can you emulate a woman who’s capable of seating sixty people at dinner and making every single one of them feel comfortable?”