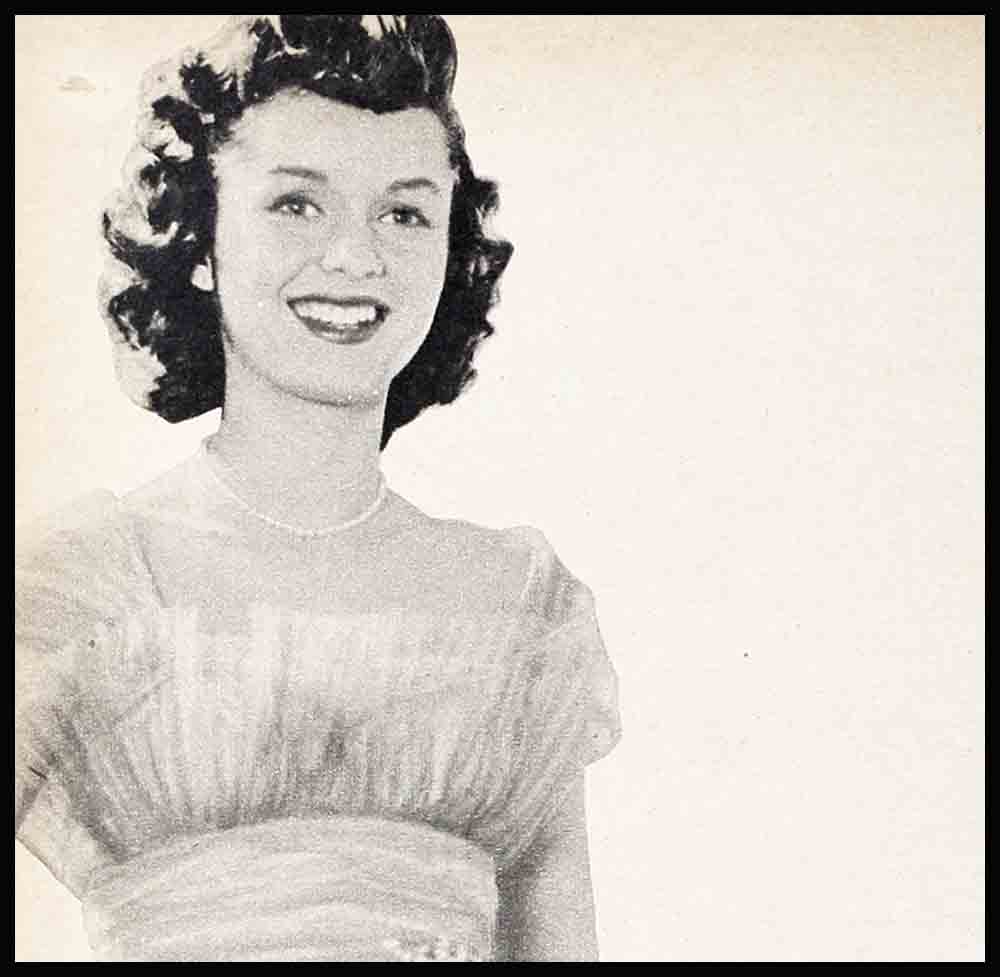 Debbie Reynolds may be nearing the ripe old age of twenty-one, but she’s still a girl who prefers home cooking to dinner at a night club. Still goes for banana splits, be-bop, murder mysteries on the radio and guys who act themselves. As for love—well, some day that’s going to happen too.

Debbie figures she’ll get married eventually—when the guy she’s meant for catches up with her! In the meantime, she isn’t looking at every boy she goes out with as a possible bridegroom. It cramps his style and spoils the fun. That’s a philosophy that’s made Debbie one of Hollywood’s most popular dates. Not that some of the fellows wouldn’t like to make it a permanent date. But for Debbie, there’s plenty of time to think about one guy and one life for two.

Meanwhile, she keeps busy bringing a lot of laughs to a lot of folks—on screen (her latest is “I Love Melvin”)—and in person with such jaunts as her recent trip to Korea. Debbie’s mailbag is always full of letters from boys over there. So she decided the way to answer them was—face to face! What she delivered was the touch of home they needed. Keep ’em smiling— that’s Debbie’s motto. With her, it works!