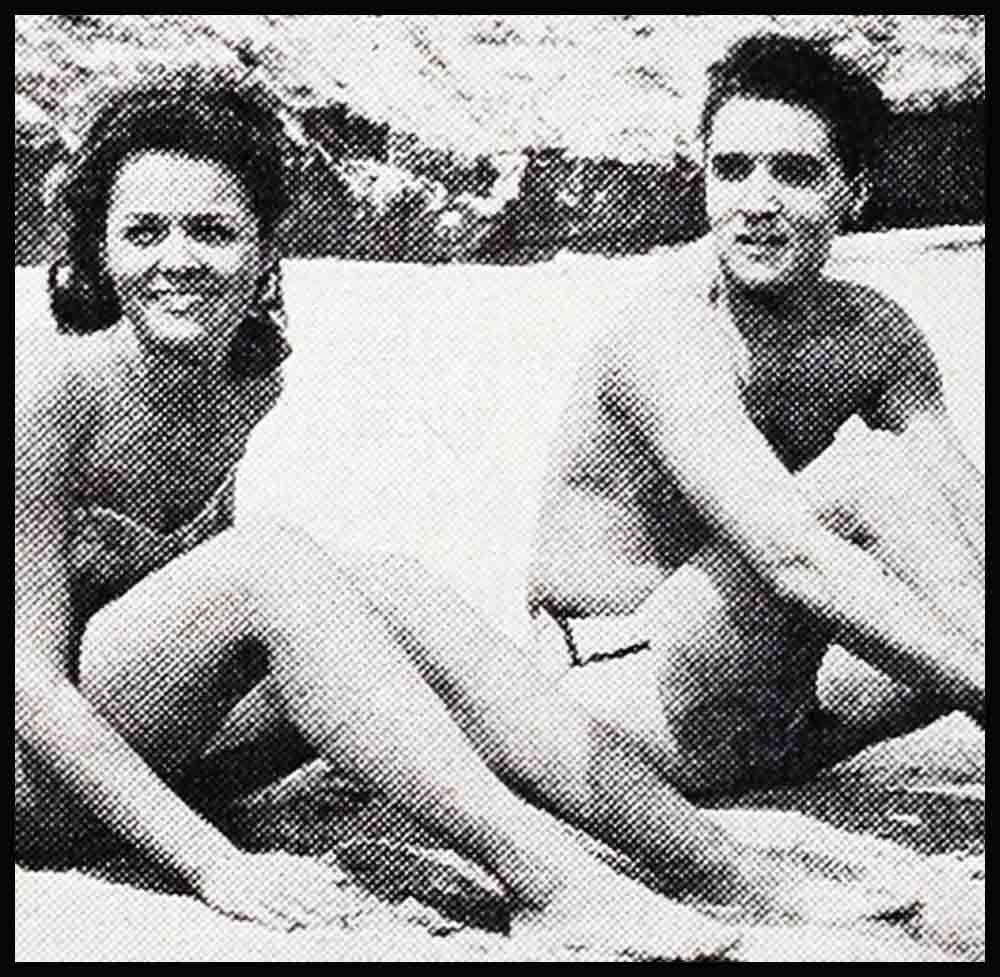 WHAT’S IT ABOUT? Saga of the man who risked life and love to save 11th Century Spain from North African invaders.

WHAT’S THE VERDICT? Splendid adventure yarn, big enough and lively enough to fill every inch of wide screen and every minute of three hours-plus. Charlton and Sophia suit the heroic stature of their roles, and astonishingly beautiful scenes capture the spirit of legend.

WHAT’S IT ABOUT? Clash between American and Old Country love-and-marriage customs in San Francisco’s Chinatown.

WHAT’S THE VERDICT? Gorgeous big production of a light romantic fable. Sets and costumes are done in gay, imaginative tints to harmonize with the cheerful Rodgers and Hammerstein score. The cast is just full of attractive young people, but we’d say Miyoshi is most enchanting as a shy “picture bride” from Hong Kong.

WHAT’S IT ABOUT? Trying to chaperone the boss’s daughter in Berlin, an American businessman gets into a jam when the girl suddenly sneaks off and marries a young Red.

WHAT’S THE VERDICT? Love and laughs are pretty tricky ammunition for a Cold War skirmish, and director Wilder misses his aim here, though star Cagney’s a fast man with rapid-fire gags. As the Romeo and Juliet of this feud, Horst and Pam are both decorative and effective trouble-makers.

A MAJORITY OF ONE

WHAT’S IT ABOUT? Golden-years romance of a wise Jewish widow from Brooklyn and a conservative Japanese widower, adapted from the Broadway hit play of the same name.

WHAT’S THE VERDICT? Slipping into an accent and mannerisms brand-new for her, Rosalind wears them with utter ease. It’s a pleasure to watch her bring this completely lovable character to life, and Alec’s skill matches hers. But the jumpy, talky stage technique stretches the slender story to unsuitable length.

WHAT’S IT ABOUT? In Mother Goose territory, storybook people find a villain plotting to break up a wedding.

WHAT’S THE VERDICT? Generous bagful of sugar plums, stuffed with Victor Herbert music and whimsical settings to delight the small fry. While Tommy and Annette duet, Bolger steals the show with his light-footed caricature of a menace. Gene Sheldon and Henry Calvin do a tremendously funny Laurel-Hardy routine.

WHAT’S IT ABOUT? A small progressive-jazz combo with a moody leader, a neurotic girl singer and a sick agent.

WHAT’S THE VERDICT? Directing “Shadows,” Cassavetes let the actors invent their own lines. This time, it looks as it they also made up the story as they went along. Against this handicap, Bobby (with no songs), Stella and Everett do reasonably well, and there are some interesting camera angles.

WHAT’S IT ABOUT? Destruction spread by an idle-rich husband and wife who avidly promote each other’s love affairs.

WHAT’S THE VERDICT? For most of its length, this French shocker looks at the depraved goings-on with much wicked amusement, so it’s a bit of a jolt when genuine love moves in and the story turns serious for a stern conclusion. Mlle. Moreau and the late Philipe are expert, as expected; beautiful Annette’s a surprise hit.

WHAT’S IT ABOUT? A bumbling gang of seagoing bandits en route to a bank job, with two kidnaped sweethearts along.

WHAT’S THE VERDICT? This shipload of likable players sets sail on a promisingly wacky course, but the picture should have had a steadier hand at the helm. Laughs come too far apart, in spite of good tries by Carolyn Jones and Frankie, who has a wrestling match with the ship’s wheel that is a real yock—the first time around.

WHAT’S IT ABOUT? An ex-GI’s career and marriage plans draw frowns from his snooty family, who are high in Hawaii society.

WHAT’S THE VERDICT? If plenty of music can keep Presley fans happy, this picture fills the bill with fourteen numbers that give Elvis a chance to display a variety of styles: rock to ballad, Hawaiian to Calypso. In between the songs . . . well, the scenery is magnificent, filmed all around the new state.