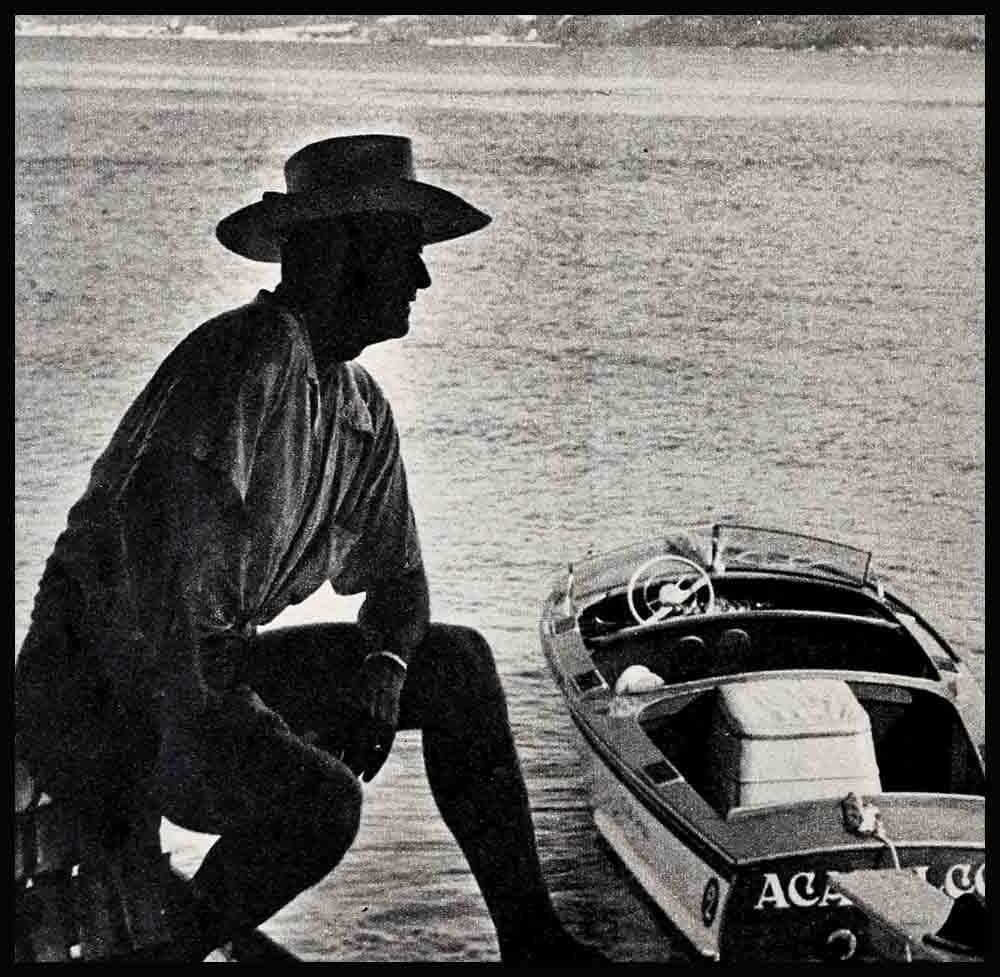 What does a he-man star like John Wayne do on a holiday in Mexico? Sit in that South of the Border sun? Water ski? Go fishing? John invited photoplay’s ace photographer, Phil Stern, along on his holiday to record some of his activities. Having finished his work as a producer on “Plunder in the Sun” and his work as an actor in “Trouble Along the Way,” John was more than ready for a few days down Mexico way as a Yankee caballero.

Another Hollywood-in-Acapulco visitor was Wayne’s pal, Gary Cooper, who had just finished the filming of “Return to Paradise.” Wayne and Coop are long-time friends, and since Gary was tied up in Mexico making “Blowing Wild,” he asked John to act as his proxy at the Academy Awards ceremony and accept his Oscar.