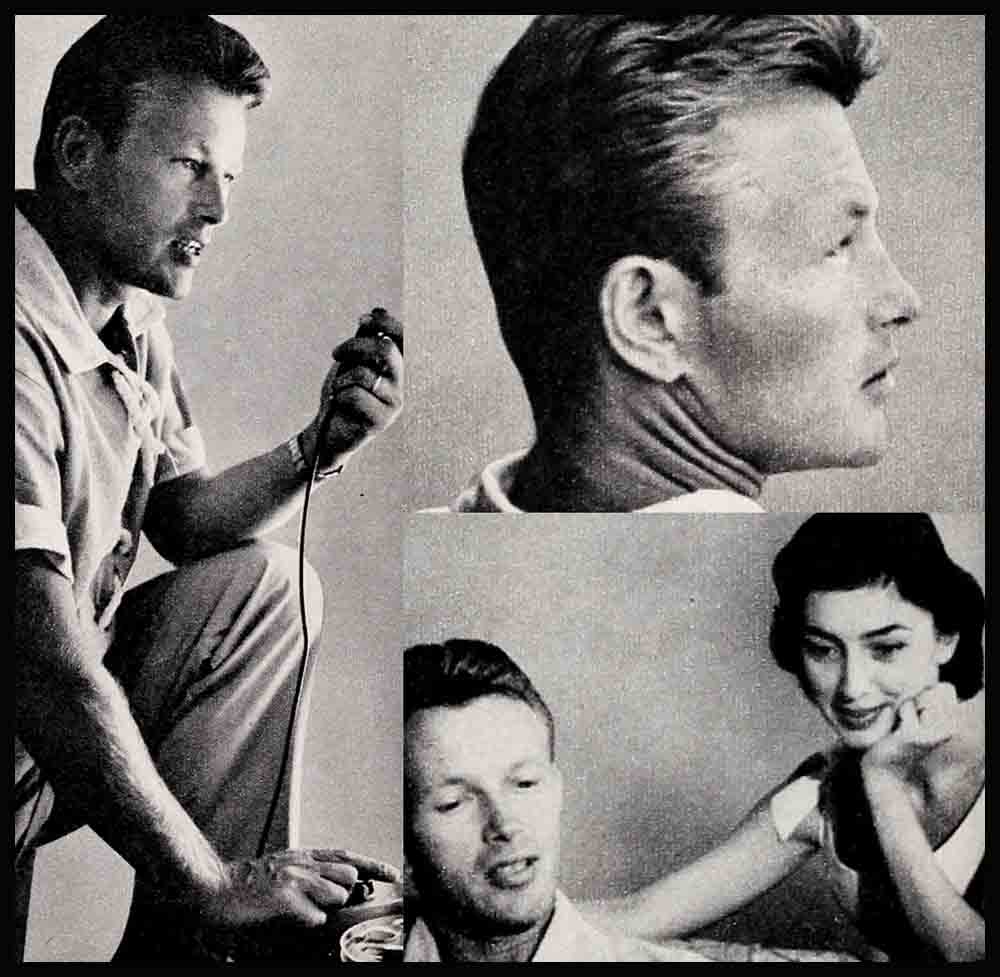 The fans are the unseen power in Hollywood. A few of their faces are glimpsed at the premieres, some of their voices are heard rising along the routes of the personal-appearance tours. But for the most part Hollywood feels the vast unmeasured power of the nation’s and the world’s moviegoers only indirectly—at the box office, by their votes in such polls as Photoplay’s Gold Medal Awards, and by the mail they send in. The mail is the greatest of these, a babble of silently clamoring voices, a fierce flood that pours into the movie capital, to the studios, to the stars themselves and to the fan magazines. The mail can make an unknown into a success or can set a cinema king toppling on his throne. The demands of the fans and the fan clubs, written on thousands of post cards and tons of writing paper, can keep a Tab Hunter in the limelight when his employers are ready to forget him, can breathe months and years of life into the career of a person who has died, as it did for James Dean, Jean Harlow, Rudolph Valentino. As the fans insist on it in their letters, parts are awarded, shaky marriages are patched up and screen stories are rewritten. To the individual fan who writes one letter a year and sees no results this may seem an exaggeration; no one seems to pay any attention to the plaintive requests of one fan, or a small group. And yet, very often, someone does. For instance, a group of fans in St. Louis, Missouri, write in a group “demand” for the appearance of a young actor named Jacques Sernas in the pages of a magazine like Photoplay—and what happens? The wheels of a great magazine start turning, the Hollywood office is alerted, a photographer goes out to the home of the handsome young Frenchman and the pictures are taken. A month or two after the “demand” was written Jacques appears in the magazine.