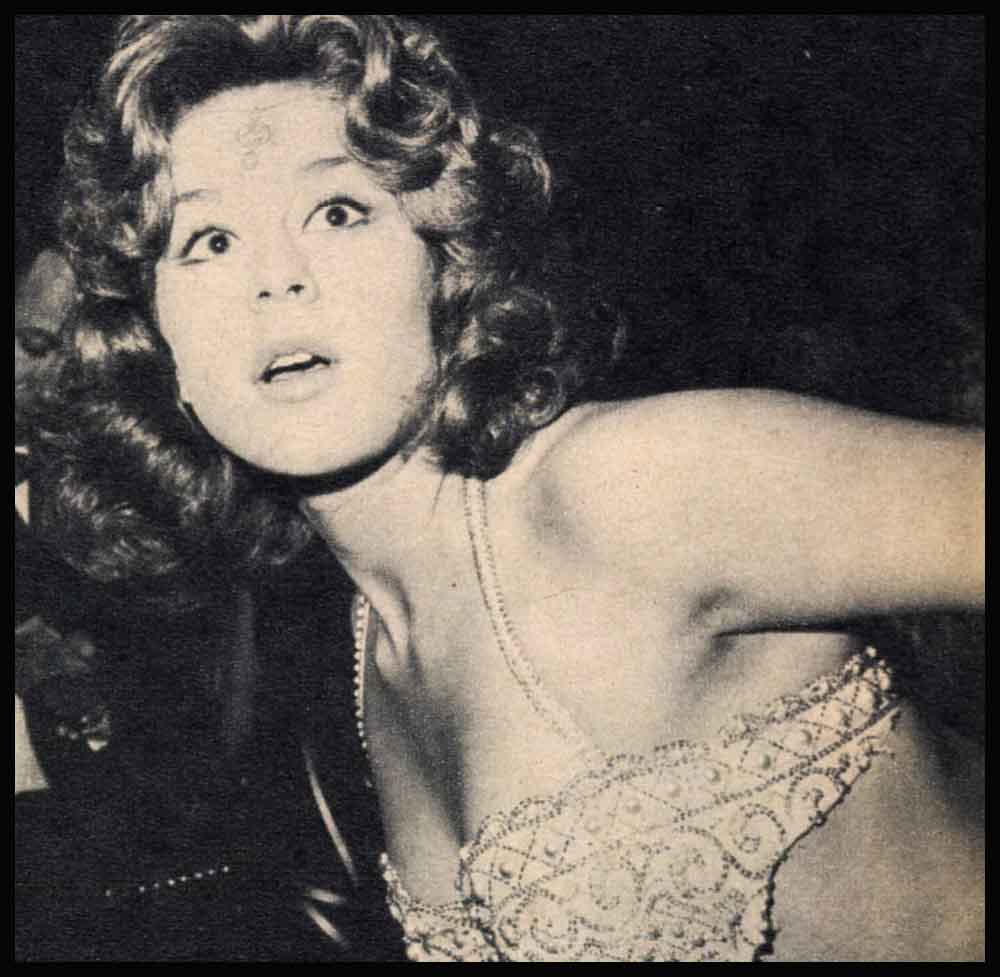 How To Get Invited To A Hollywood

It’s simple. If you are a starlet and searching for fame simply latch on to an agent who knows everyone. Then sit in his office and picket outside; you’ll see celebrities enough to make your head whirl. ”Accidentally” bump into one and you are all set if you can take the ball from there.

One starlet told me that she met a he-man western actor that way and before she could say ”pardon me,” she was — invited, that is.

She w as sure that this was to be an innocent get-together and she’d have an opportunity to meet some “big people.” She did and she was shocked. The “big people” there busily smooching each other and each other’s wives, smoking “tea,” and undressing as they jumped into a pool.

“I never knew that Hollywood was like this,” the disappointed girl said: “I thought those days were finished and nothing wild ever happened any more.”

How wrong she is!

Actually, outwardly, Hollywood is a pretty tame, sometime dull town. Years ago, there were fist fights, unexplained deaths, scandalous doings galore. But what really shook the town were the publicized parties stars used to hold. The late Lionel Atwill, a movie villain, was one of the actors who tossed shindigs they whispered about for years. A few of his soirees felt the long arm of the law when police raided the too-hot doings.

But Atwill wasn’t the only party-giver they talked about. Many of the top stars of years ago used to have get-togethers that made Atwill’s seem like chapters out of Grimm’s fairy tales.

Comedian Roscoe “Fatty” Arbuckle’s career was shattered when he abused pretty Virginia Rappe, a beautiful young aspiring actress, and the papers headlined his disgrace and her subsequent death from being sexually manhandled.

Then there were the wild ones radio tycoon Atwater Kent used to invite the movie elite to at his lavish castle-like home.

“Those were the good old days,” some columnists say. Those were the times when Hollywood really worked hard and played harder. The last fifteen years things are lily white and the great party-givers and their parties are a thing of the past.

But are they? Not at all!

Ever since 1947 party-givers have locked doors, but the good times are stili going strong. Those were the days when Benjamin (Bugsy) Siegel, Hollywood sporteman and man about the mob used to play Elsa Maxwell with his voluptuous girl friend, Virginia Hill. However, they say that the dean of Good Timesville was the late Errol Flynn. They trace his party-giving tendencies way back to ’42, when he encountered a Cute 17-year-old Betty Hansen at one of these parties. Errol took her “upstairs for a nap,” when she looked peaked.

Later, Errol tossed his famed wing ding on board his yacht, “The Sirocco,” and his party this time only had two people present — the great lover and lovely 16-year-old Peggy Satterlee. That one really scorched the tabloids when Peggy told all.

There are still others who claim that the first to lock ali doors was Robert Mitchum when he had a get-together in Laurel Canyon, where the locks didn’t hold well. They couldn’t have, for police found the rugged actor cozying up to a quantity of marijuana in the company of a group, including Robin Ford, Lila Leeds, Vicky Evans. Bob cooled his heels in the clink for sixty days for this one!

Then there was the story about teen-age idol Frankie Avalon, who was, as papers put it, “picked up by cops for alleged hotel room irregularities with some young girls.”

This all happened in Milwaukee not long ago, and vice squad police grabbed Avalon and his manager, Rick Petrone, for violating the city’s curfew laws and warned them to stop doing what they appeared to be doing.

Then there are the “parties” Dana Andrews used to have with him- self and the company of bottles containing assorted redeye. Dana’s’ only trouble was trying to mix the stuff with gasoline. Jason Robards also tried that and wound up where Andrews did — in the clink.

Scott Brady screamed he was innocent of the dope charges papers tacked on him, according to intimates; he was only a spectator at the party.

Anita Ekberg attended a locked door party in Rome and the door was battered down by the policia and Ekberg hit headlines for stripping down to the bare essentials when she was carried away by bongos and the wild dance another party gal was doing.

Perry Mason couldn’t do much for the District Attorney, Ham Burger, played by William Talman, on his show, when Bill was grabbed on a morals charge. Police allegedly claimed that the joint was jumping with nude girls and marijuana. The only thing Bill got out of it was — fired. But later, the show’s producer relented due to public pressure, and hired him back for occasional appearances.

No, sir! Hollywood hasn’t given up those wild parties; they’re just being more careful now!