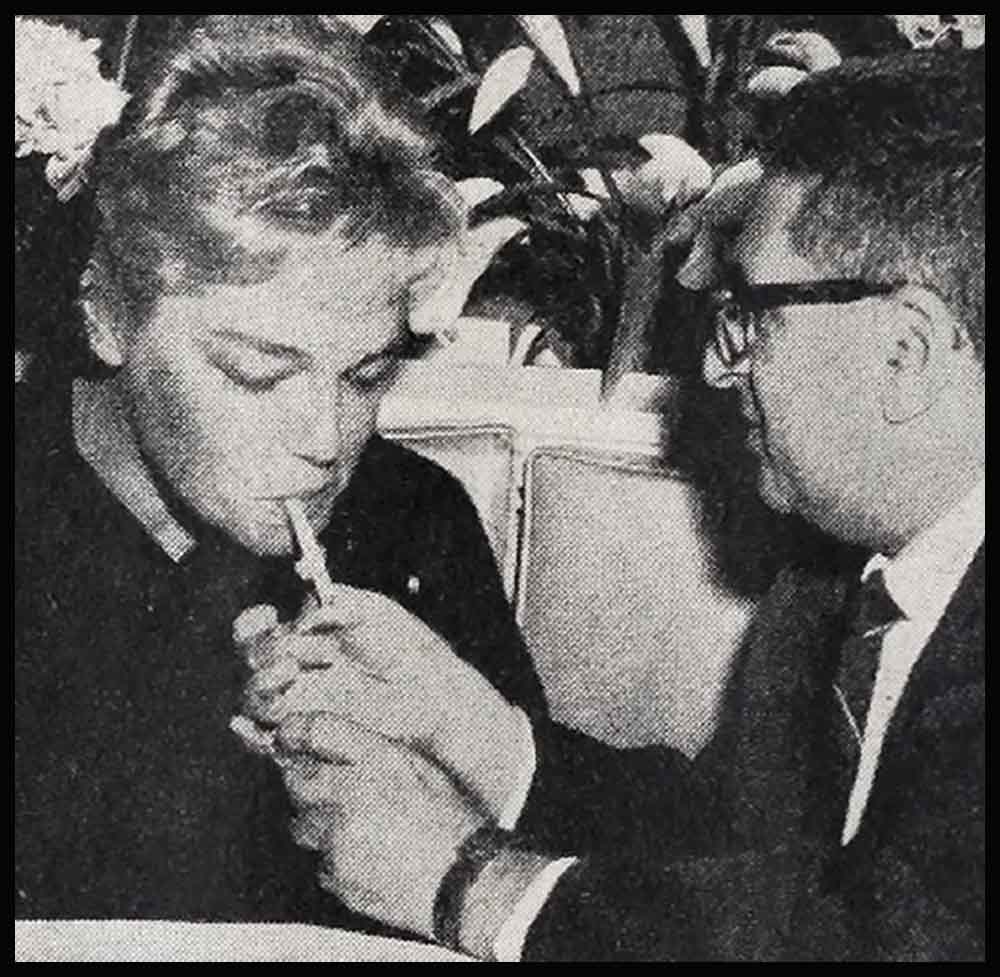 I wonder who Kim Novak thinks she is. She is different people at different times, but I admit I like most of the Kim Novaks I’ve met. . . . Marilyn Monroe, more than any train, plane or boat, makes news when she is on time. “They tell me I was born late,” admitted MM. . . . When I mention the Schell clan, I’m betting my money on Maximilian instead of the better-known Maria. . . . Time was when Frank Sinatra was singing in a New Jersey roadhouse, wondering if he’d ever become the singer with a name band. . . . Never believed I’d see the day when two songs would be yanked out of a Pat Boone movie (“Journey to the Center of the Earth”) to make room for his acting. . . . It didn’t happen so long ago that you shouldn’t remember the answers. Here goes: Charlton Heston and Simone Signoret won Oscars for the best performances by an actor and actress. Who won the Oscars for the best performances by a supporting actor and actress? . . . I think “The Unforgiven” is a beautiful, uneven, long movie which I’d have thought as beautiful and more entertaining if it hadn’t been so long and uneven. . . . John Saxon is about to come on strong and prove he can act. . . . But with Gardner McKay, I can still see the acting lessons. . . . Starlet Googie Schwab told why she had broken her engagement to her wealthy fiance: “I saw him in a bathing suit and he looked so different without his wallet.”

Hugh O’Brian can’t go with as many girls as he’s itemed with. . . . I’ll always remember Ava Gardner in “The Barefoot Contessa” as the most beautiful face I’ve ever seen in Technicolor. . . . There’s never been a white bathing suit like the one Elizabeth Taylor wore in “Suddenly, Last Summer.” . . . Time was when Tony Randall was intent upon becoming a professional weight-lifter. . . . Barbara Nichols defines a wolf as a man of single purpose and double talk.

I never watch Sophia Loren without imagining I hear the director giving the directions. . . . Things move so fast these days that they don’t allow a New Face time enough to become new. . . . I’ll bet (while I’m in the betting mood) that Bing Crosby is more naturally relaxed than Perry Como. . . . Edd (Kookie) Byrnes has trouble parking his own car. . . . I’ve heard people (producers, directors, agents, etc.) boast about the talent they discovered; but I’ve yet to hear one talk of the performer they helped ruin. . . . Hugh Griffith and Shelley Winters won the Oscars for the Best Supporting Actor and Actress. You didn’t think I’d be an old meanie and not give the answer? . . . Time was when Jimmie Rodgers worked in a paper mill and his fellow workers would ask him to quit singing on the job and keep still.

I keep looking and looking at Doris Day, wondering what makes her look like the All-American girl. It can’t be the blond hair, because Jayne Mansfield has blond hair; it can’t be the freckles, because Katharine Hepburn has freckles; it ran t he the smile, because Maria Schell is always wearing one, too. . . . I can’t accept the statements that France Nuyen is as eccentric and uncontrollable as they’d have her appear. I always found her an independent, but a smart chick. . . . The best thing I like about James Darren is Evy Norlund. This is not meant as a bum rap for Darren but heavy praise for Evy. . . . I’d like to see Doris Day’s boy, Terry, marry Tuesday Weld, only because she’d then be Tuesday Day. . . . Did you ever believe you’d see the day when it would be Mamie Van Doren, Inc.? They’re making better looking corporations. . . . Dick Shawn tells about the 50-year-old Martian who landed here and said, “Take me to your Lolita.”

Holler at me if you must, but believe Tab Hunter is a better actor than most critics credit him. . . . Time was when Fred Astaire announced his retirement because he was tired of dancing and thought the public was tired of watching him dance. . . . Mort Sahl, talking about the political propaganda, said, “The politicians are so used to exaggerating that they can’t tell the truth without lying about it.’’

I’ve yet to see a Marlon Brando movie (good, bad or indifferent) without being fascinated by Brando. . . . Whenever they start giving an actor the “Mr.” billing in front of his name, watch out. He s on the way out. . . . Do you remember when Debbie Reynolds was married to Eddie Fisher, and Glenn Ford was married to Eleanor Powell, and Nick Adams wasn’t married at all? It seems like yesterday, and when you think about it, it practically was!

I’m of the opinion Anna Magnani is a fine actress, but sometimes I wish they’d use subtitles under her speeches. . . . They took away Brigitte Bardot’s towel and thought that made her a character actress. . . . Hollywood is a place where if you exhibit good manners they think you are a butler, an usher, or out of work. That’s Hollywood For You.