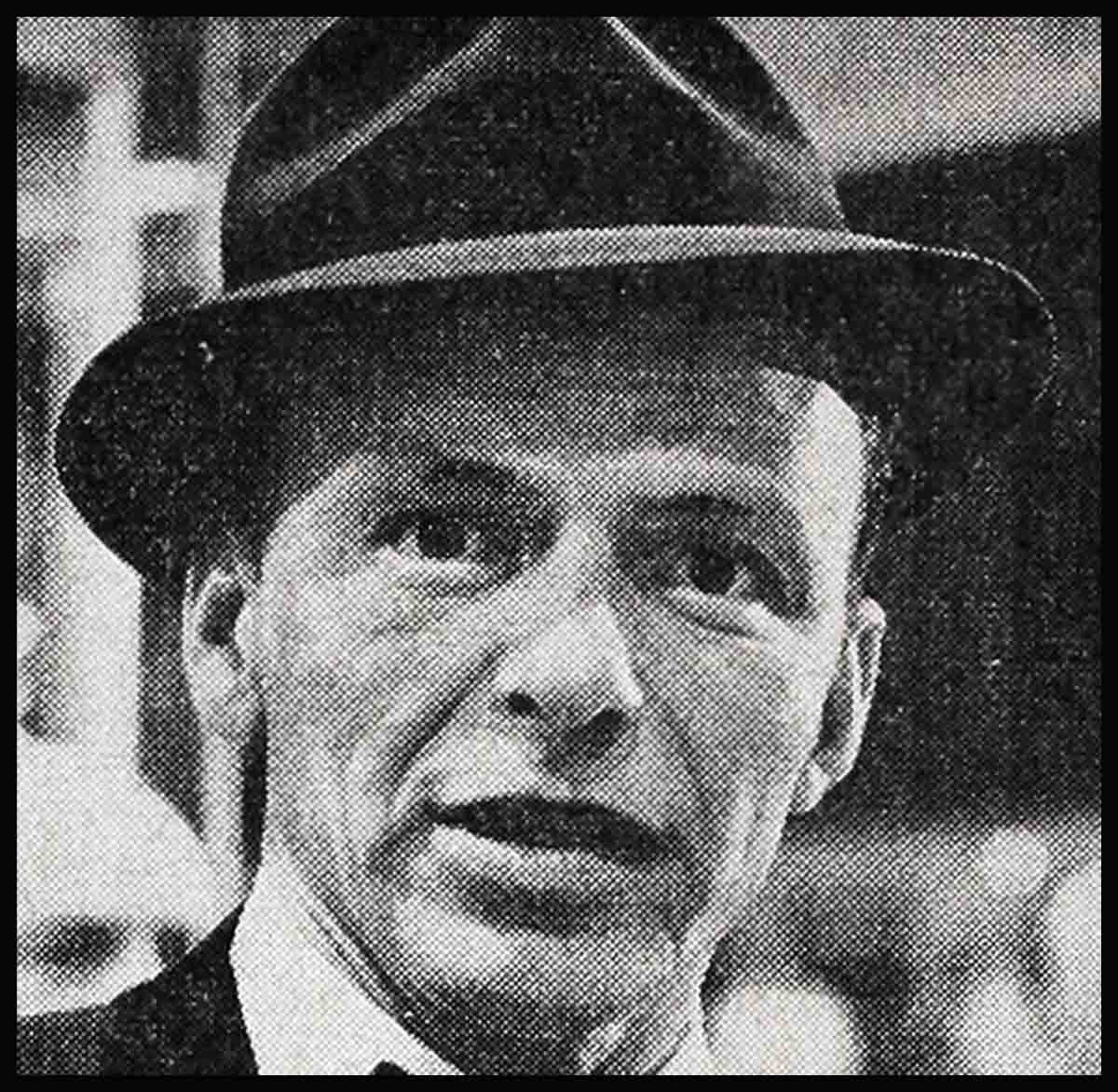 I wonder if Tuesday Weld thinks Beverly Aadland is a wild kid. . . . “Suddenly, Last Summer” is the only movie I know that qualifies to be on the Diners Club. If you don’t understand this joke, see the movie. . . . I’ll say there’s nothing small about Tina Louise except her first name. . . . Intense is the word for Tony Perkins. . . . I know of no actress I’d rather watch on the screen than Simone Signoret; I know of no actress I’d rather listen to in the living room than Simone Signoret. . . . If the Academy doesn’t award Signoret the Oscar, they didn’t give it for the Best Performance by an actress. . . . Who ever believed that Mamie Van Doren would wind up better than Charlie?

Gloria Grahame has returned to the Hollywood scene. She is as sexy as ever, although she manages to speak as if her upper lip is novocained. . . . I thought Cyd Charisse on TV was foolish to be glamorous one minute and the next minute have husband Tony Martin ask if she sent his shirts to the laundry. . . . I’d say that Cary Grant has come closer than Ponce de Leon to discovering the Fountain of Youth. . . . Shirley MacLaine is becoming less pixie and more organized. . . . Sometimes Tommy Sands gives the impression that Elvis is listening to him sing. . . . Starlet Roberta Tennes tells me you can never tell what a fellow has in mind when he asks for a date in this town He may be thinking of romance, or he may just want to get his name in the papers.

Eddie likes Liz plump. . . . Zsa Zsa Gabor has the faculty of making a stranger feel he’s an intimate friend, which may be why she has so many. . . I wonder if Grace Kelly acts like a princess, now that she actually is one. . . . Robert Mitchum is said to sleep with his eyes wide-open. Since actors became producers, there are more movie heroes. . . . I caught Marilyn Monroe actually reading an Arthur Miller play. . . . All rock ’n’ roll music sounds to me as if it were written by the same man. . . . Barbara Nichols, after attending the wedding of an actress-friend: “I hope she doesn’t spill anything on her wedding gown. She’s only worn it once.”

I insist Jayne Mansfield is the girl-next-door to someone. . . . Marriage hasn’t fattened up Vera-Ellen. . . . What’s the difference between a Frank Sinatra TV special with guests Bing Crosby and Dean Martin and a Dean Martin TV special with guests Frank Sinatra and Bing Crosby? Answer: The commercials. . . . I don’t understand people who pan Marlon Brando for spending so much time and money on “One-Eyed Jacks.” These people should be interested only in, “Is it a good movie?” . . . Steve McQueen insists he doesn’t talk mumbly; people listen mumbly. . . . Nothing makes an actress feel more like an actress than a fur coat. As new evidence for this remark, I cite Carolyn Jones, who has six fur coats, and Joan Collins, who practically sleeps in hers.

Wouldn’t you like to see Peter Gunn hiring Richard Diamond or Perry Mason to solve a personal problem? . . . Julie London is as honest as she is shy. . . . Nick Adams works hard at being sincere. . . . Sinatra believes one is hip or one is square, and that’s all there is to it. . . . By the way, putting things IN and OUT is now considered OUT. . . . I wonder what Norma Shearer honestly thinks of today’s movie stars. . . . And I wonder if today’s movie stars (Carol Lynley, France Nuyen, Pat Wayne, etc.) ever heard of Norma Shearer. Rhonda Fleming always seems on the point of hitting it big. . . . Sophia Loren wears a man’s wristwatch.

I’ve visited Shelley Winters on sets and, personally, I’ve never found her to be temperamental. Although I’ve watched her being temperamental. . . . Barrie Chase can’t watch a dancer without moving her toes. . . . On the credit side of the Hollywood ledger you’ve got to list that it always improves Jack Paar’s shows. . . . I wish The Clan would officially elect officers and collect dues. . . . I believe Sal Mineo designs his own suits. Who else? . . . Lenny Bruce says that after they cleaned up “The Gene Krupa Story.” Sal Mineo found out he was portraying Lawrence Welk.

I believe Tab Hunter would have been tabbed a better actor if he hadn’t been named Tab. . . . Jerry Lewis had a bad dream the other night. He dreamed Dean Martin left him, went on his own, and was a bigger hit. . . . Then Jerry woke up out of a cold sweat to realize it was true. . . . Kim Novak is now more pre-occupied with her acting than her looks, which hinders her acting. . . Hollywood is a place where a school-teacher made David Ladd, because he didn’t do his homework, write on the blackboard a hundred times—“I don’t deserve to be a star.” That’s Hollywood For You