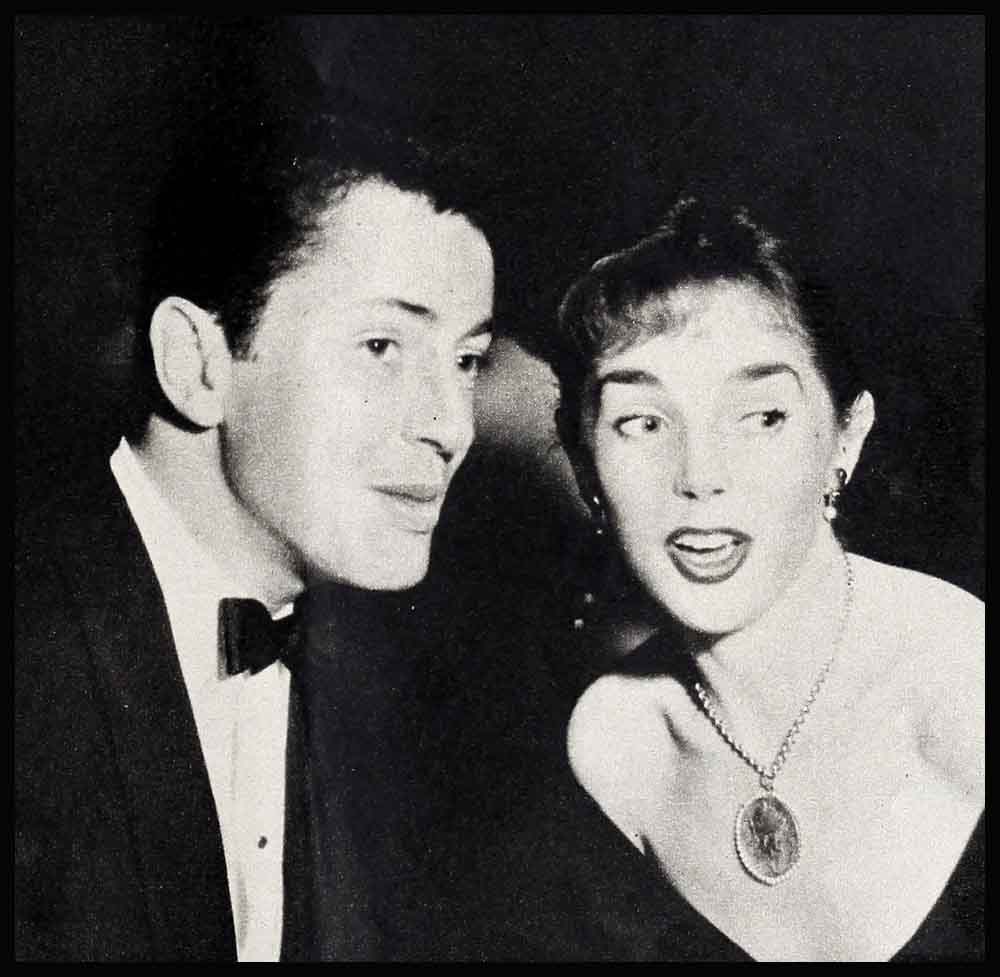 Romance In The Air?

For a long time Farley Granger has been a thorn in the side to the would-be Cupids of Hollywood. Young, handsome, talented—and almost irritatingly eligible—Farley became aloof after Shelley Winters’ marriage and was seldom seen at Hollywood’s social events. No matter how hard the well-wishers tried, they were unable to produce the girl who spelled romance to Farley. But now it looks as if—in fresh-faced lovely twenty-three-year-old newcomer Dawn Addams—he’s found exactly what he’s been waiting for!

Wishful thinking can often be premature in labeling friendship as a big romance. But in this case everyone’s hoping—for Farley is himself once more, and Dawn is turning to someone nearer her own age rather than the older men she’s been dating. Together they sparkle as neither has recently in the company of others—and that’s just one more reason why everyone is wondering whether it may at last be a real romance.