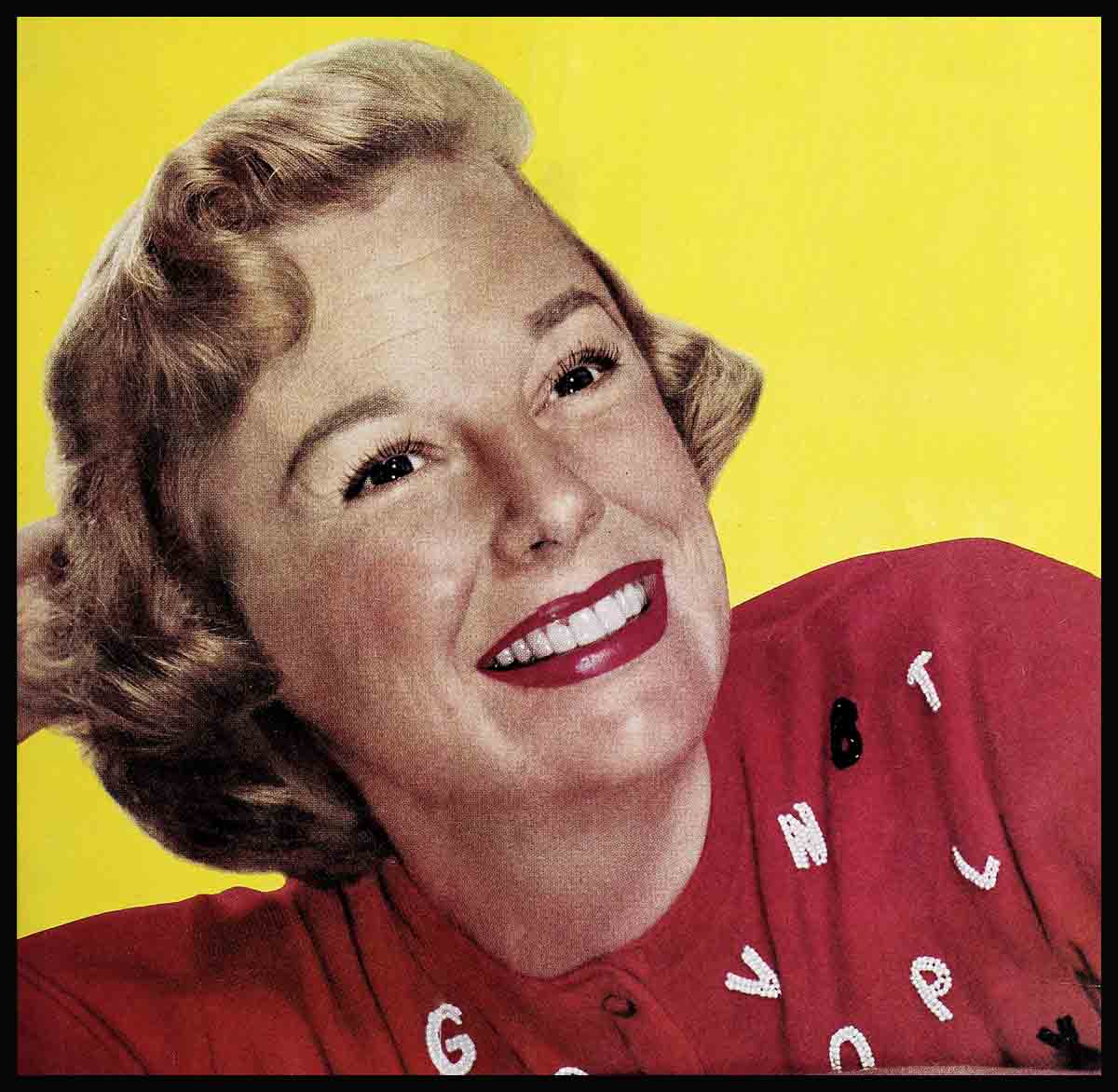 What’s A Girls To Do?—June Allyson

Pam and I were treating ourselves to a couple of milk shakes in the drugstore one morning when I heard, “Miss Allyson, are you happy?”

“Why, yes, I’m very happy,” I said a little startled by the young girl standing before me.

“Want to be an actress?” I finished. However, she only shook her head. “Must be a man,” I grinned.

“Are you trying to convince. me, or yourself?” I queried.

“I don’t need convincing. It’s everybody else. You see, he’s older—fifteen years older,” she said. “I’m nineteen. You were around twenty when you married Richard, weren’t you?”

I nodded. “Why don’t you tell me about him?” I suggested.

“I met him last year,” she began. “He teaches at the high school in the town where I go to college. We kept running into each other in the book- stacks at the library. Almost every evening. At first, we just said hello. After a while we started talking . . . It wasn’t kid talk. It was . . . well, we seemed to be interested in so many of the same things. It was awfully casual. He was kind of like a big brother.

“I don’t know exactly when it happened—or what happened—but all of a sudden I found myself wishing he weren’t so much like a brother. I couldn’t find words to say anything, but he seemed to sense it. I knew the night he told me that he thought maybe we’d better not see so much of each other. He said I should be going out with boys my own age.

“He tried to say it kiddingly. But he wasn’t kidding. Then I heard myself saying ‘I love you.’ It just tumbled right out.” She stopped for a minute, half-smiled and remembered.

“I couldn’t tell whether he was glad or sorry.

“Michael talked about a lot of things. He said that if we did marry, in a few years I might begin thinking about all the things I’d missed in life and all the fun I might be missing. He talked about our friends and how I might come to feel at ease with his crowd but how he could never mix with mine.

“I guess he gave me every argument in the books. But it seemed to me that perhaps he was arguing with himself too. Finally, I just looked at him and asked, ‘Do you love me?’

“Have you talked to your family?” I asked her.

“Yes. Mother got sick and I had to come home this last term. Now they’re trying to talk me into transferring to another school next year. They want me to date other boys and finish school.”

“Have you dated other fellows?”

“Have you thought about what it would mean to be the wife of a man in such a responsible position?

“I’ve thought about little else,” she said. “I realize I still have some growing up to do. But I’ve never thought maturity had a lot to do with age. June what do you think?”

“That’s something you’ll have to decide for. yourself,” I said. “But listen to advice. Sort it out. If you are mature, you’ll take the good advice and forget the rest. And if there’s doubt in your mind, remember that time helps. Keep writing to your Michael and when you go back to school, don’t rush things. It it’s love, it will last.

As Pam and I walked out of the drugstore, I was pondering her problem. Should I have said more? What might I have said? What should she do? What do you think?