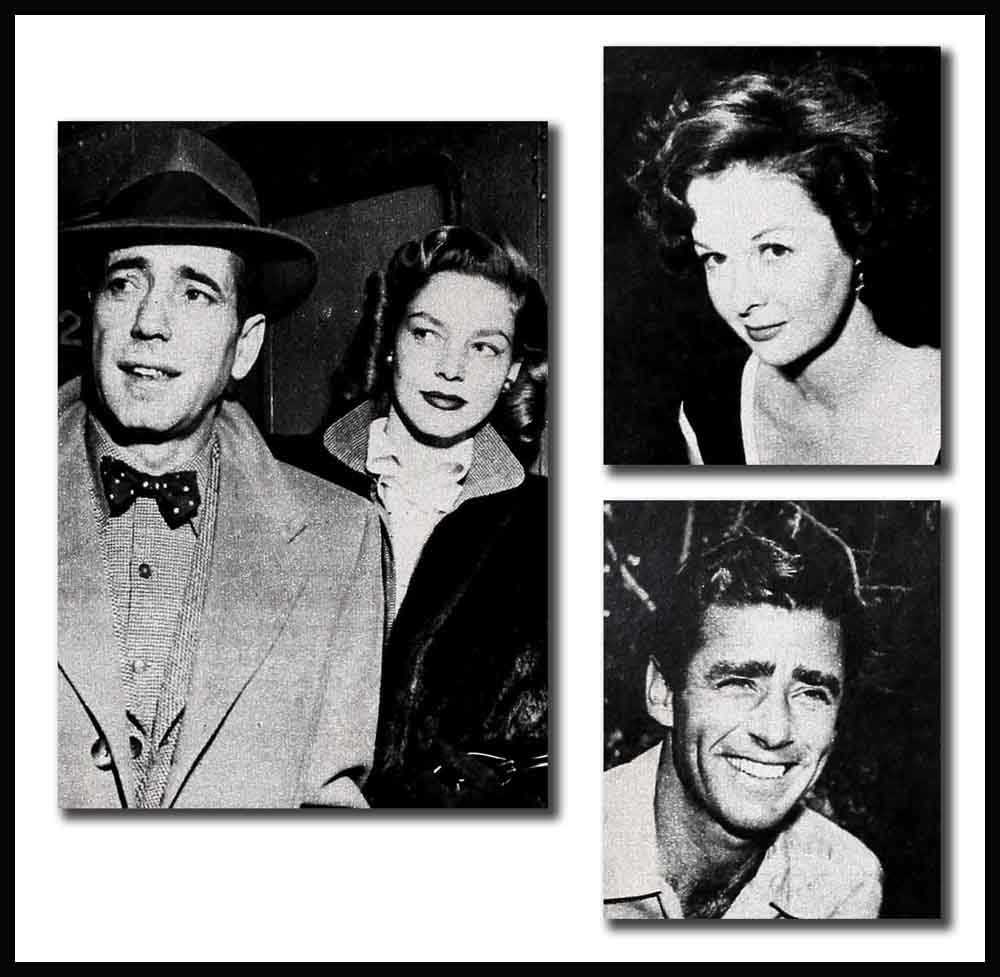 I’D LOVE to be overhearing what Shelley Winters is saying about Vittorio Gassman these days. But then again, Shelley does say everything for publication . . . Terry Moore has the energy and drive that Betty Hutton is supposed to have . . . I’ll make a bet there isn’t a man brave enough to marry Zsa Zsa . . . After Marilyn Monroe sang “I’m Gonna File My Claim” for “River of No Return,” the assistant director shouted, “Okay, you can unchain the crew!”

Eddie Fisher listens to disc jockeys until early in the morning. He has often fallen asleep while listening to himself . . . Debra Paget suddenly became sexy because of her whispered romance . . . Jane Russell and Betty Grable have the same style free-wheeling lingo off the screen . . . I watched Debbie Reynolds at a party playing charades and unable to guess the answer, which was Debbie Reynolds . . . “Gossip is what no one claims to like, but everybody enjoys.” Know who said this? Joseph Conrad, no less . . . My favorite character, Mike Curtiz, told a new actor, “I can make you what you can never be.”

Peter Lawford has to be told to get a haircut . . . I agree with Ava Gardner about Nat King Cole’s recording of “Lush Life” . . . This is the picture of Audrey Hepburn I remember: the day she won the N.Y. Film Critics’ Award, celebrating with her mother in Sardi’s by drinking champagne . . . Lauren Bacall talks more like Humphrey Bogart than Bogey does . . . Susan Cabot says: “The trouble with most eligible men is that they’re married.”

I’ve seen Vic Mature stop in front of a portrait of himself and scribble across it, “Sterling performer” . . . You ought to hear the line of chatter Bob Wagner gives out while you’re playing gin with him . . . I think Jane Powell’s next romance will be It . . . No longer do the critics say that working in the movies ruins an actor. Look at David Wayne, Franchot Tone, Deborah Kerr and others who are currently giving excellent performances on the stage.

Often when Janet Leigh opens her purse it resembles a gypsy camp . . . Sometimes, walking along Hollywood Boulevard, I wonder where the movie stars hide . . . Ray Milland looks grouchy but is pleasant . . . I have yet to hear an unkind word said about Jean Simmons . . . Influence of the movies: The jacket of John Klempner’s new novel refers to him as “the author of ‘Letter to Three Wives.’ ” When originally published, it was titled “Letter to Five Wives” . . . They tell me Piper Laurie has outgrown eating gardenia petals.

I’d like to have Arlene Dahl for a business partner. She’s a smart chick . . . “Only a mediocre writer is always at his best.” Know who said this? The man who wrote the original story on which “Miss Sadie Thompson” is based, Somerset Maugham . . . And it was Groucho Marx, entering Chasen’s, who explained he was in a hurry and asked for “a table near the waiter, please.”

William Holden’s real name is William Beedle, in case you’re the kind who likes to know how a marquee should really read . . . Must tell Susan Hayward she looks just as sexy when she smiles . . . I’m in the mood to see “Double Indemnity” again. They don’t make movies like this today. For that matter, they didn’t make any like it the year it was new . . . I’m puzzled by Fernando Lamas and what the girls see in him.

Geraldine Page should have another chance in pictures . . . When you’ve been with Elaine Stewart for a little while, you feel as if you’ve known her for a long while . . . Lana Turner always looks as though she’s wearing a sweater . . . I can’t understand why they wouldn’t let Rita Hayworth and Dick Haymes play opposite each other in a movie. The bosses keep insisting they aren’t each other’s type. But then, that’s Hollywood for you!