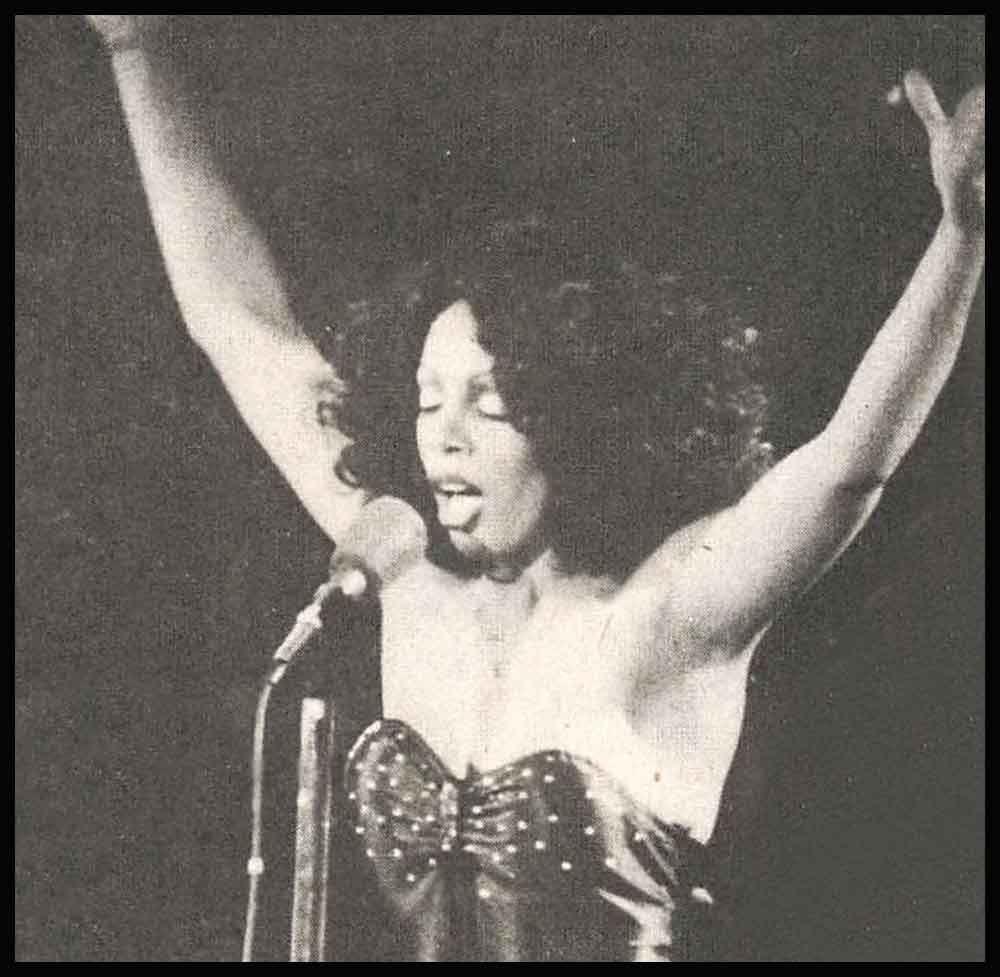 On-stage, Donna Summer holds her microphone seductively close, moves her hips suggestively and croons in a throaty, teasing growl lyrics like “. . . do it to me again and again.” The 30-year-old Disco Queen, in other words, is not an understated or muted performer. Dazzlingly attractive and sexual, Donna holds sway over her audiences like a powerful Egyptian goddess transported to the hip ’80’s. She is the evocation of sensuality and raw physical being, with all the charm and mesmerizing power of The Woman As Temptress.

But off-stage, with her glittering gowns removed, her harsh make-up wiped off, Donna Summer is quite something else. In many ways, she is still the product of a strict Boston upbringing in a tightly knit family. When Donna announced as a teen that she was going to Europe to act in Hair, her father slapped her and forbid her to do any such thing. Only after much pleading and cajoling did Donna’s family give their approval to their young daughter’s career.

Donna ended up spending eight years in Europe, singing, acting, performing in nightclubs, and generally becoming a polished professional. She married and divorced during that time period; her five-year-old daughter, Mimi, was the positive product of her marriage.

Her time in Europe ultimately paid off for Donna in the United States; in 1976, Donna’s recording of “Love To Love You, Baby” became the smash hit “anthem” of the disco movement which was just beginning. Donna herself got in on the ground floor, as it was, and quickly rose to the top of the disco world. For Donna, though, disco is just the beginning. “I want the industry to consider me a legitimate singer,” she says staunchly. “I love challenges. I’ll keep working until I show everyone that I’m an all-around entertainer.” Summer would like to act as well as sing; Diana Ross is the career woman she would most like to model herself on. An aggressive and “workaholic” Capricorn, Donna, who lives in L.A. with singer Bruce Sudano, sees no limits to her future!