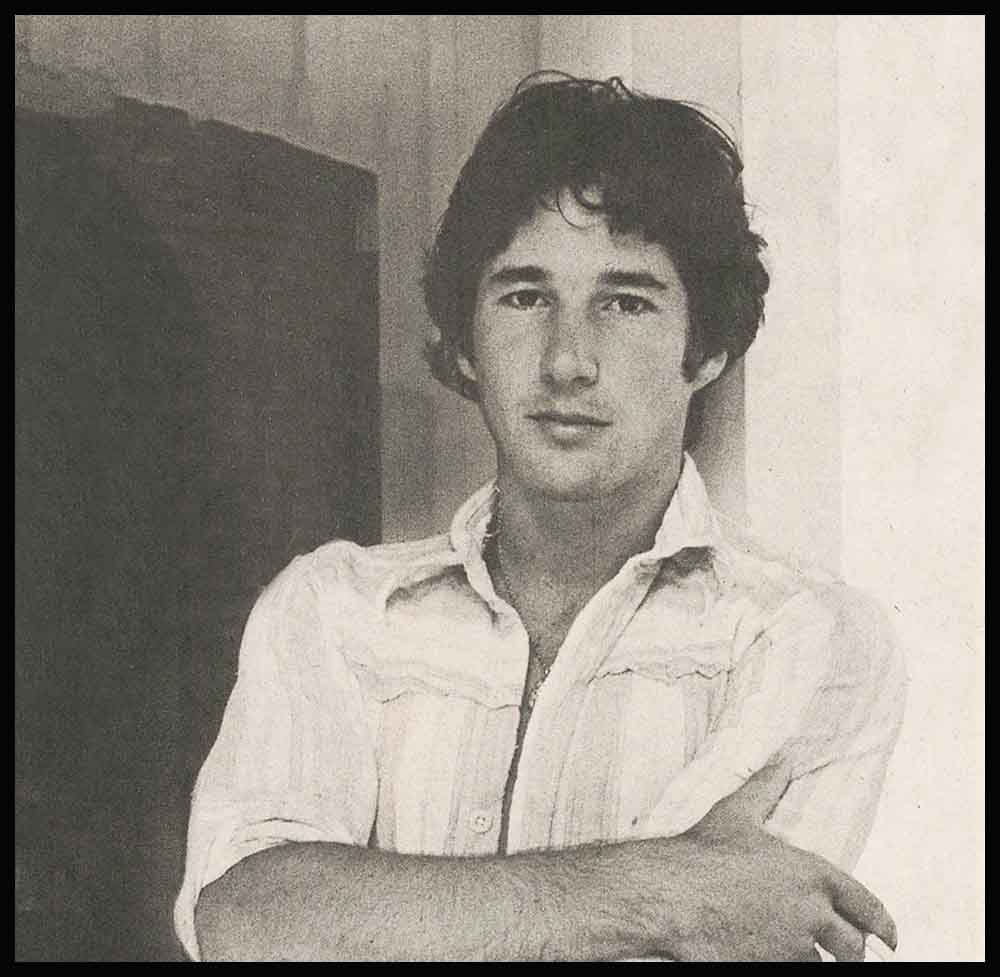 He’s the hottest new male sex Symbol to hit the Big Screen since John Travolta first began to swivel his hips and pout, but Richard Gere has some pretty strong feelings about not being loved for his rugged good looks alone!

The reclusive star of Bloodbrothers, Days of Heaven and Yanks has made one gesture of appeasement to his adoring woman fans—he posed for a very sexy, tight-jeaned poster—but he won’t attend big parties, make appearances on t.v. talk shows, or give press interviews. “I don’t want a mass public picking up information that they write about me and then throw it back in my, face as if it’s the definitive truth . . . I can answer questions on thousands of levels. I don’t want to be backed into a position from which I can’t grow,” the serious young actor States flatly. As a result of this enforced silence, Richard is something of a mystery man around Hollywood, which is fine with him, and hasn’t in any way harmed his acting career; producers are practically lined up at his door begging him to read Scripts as it is.

“There’s a complexity in him, and a sensitivity and beauty,” says director Richard Schlesinger. “Gere has a quality that Montgomery Clift had.” Not bad praise for a 28-year-old who toiled unnoticed on stages in New York, London and surburban areas for years before a small role in Looking for Mr. Goodbar hurled him to his most enviable new position as one of Tinseltown’s most sought-after young actors.

But it is emphatically as an actor that Richard wants to be wanted, not a hunk of manhood. He is totally committed to his profession, approaching it from a serious, well-studied position that he won’t alter. Gere considers his private life just that; he isn’t interested in publicizing his intimate thoughts or actions. He dates quite a bit (now that his romance with Penelope Milford is over), but his women remain as close-mouthed about him as he himself is. Richard Gere’s life is off-the-record.