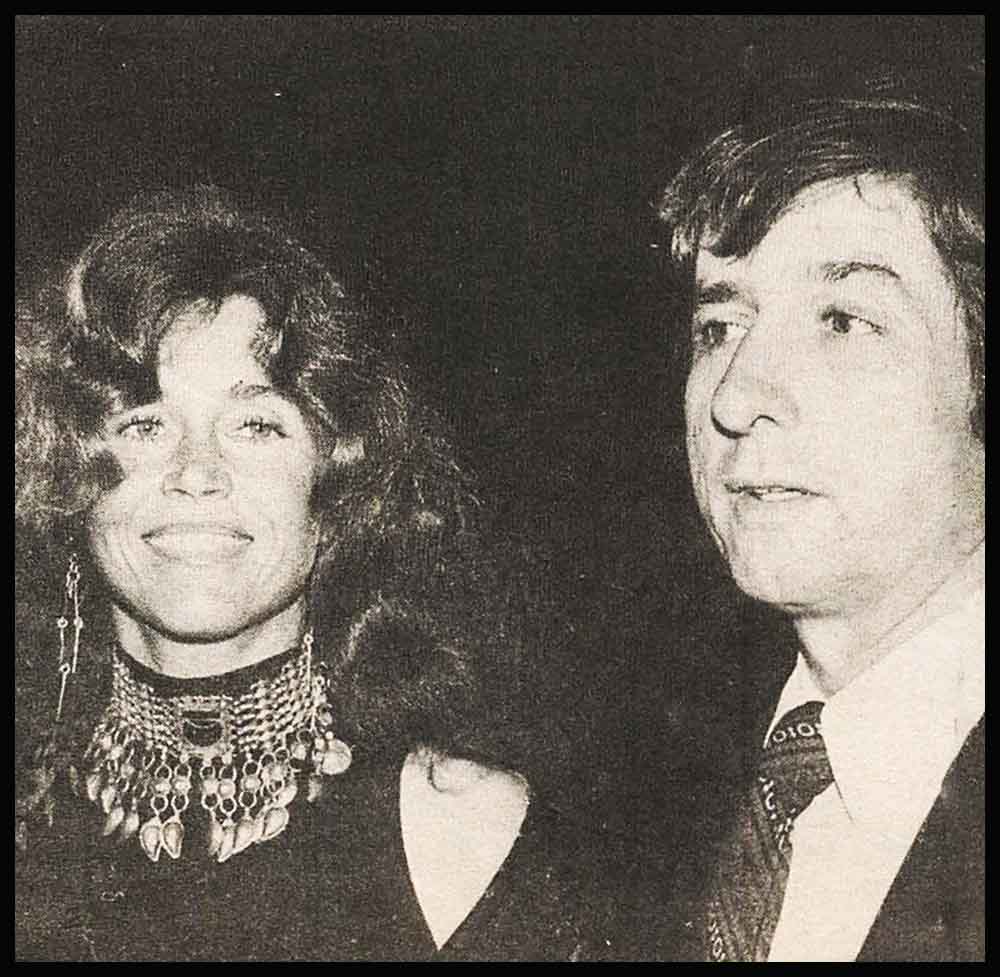 Jane Fonda’s emergence from her butterfly cocoon has been accomplished in not one but several totally different stages. First there was Jane the unhappy product of Hollywood, polished at impeccable and prestigious schools. Next came Jane the mindless sex symbol, manipulated by French director Roger Vadim, her first husband. After that came a real face about in Jane the Flaming Militant, voicing opposition to the Vietnam war, fighting for radical causes. And now there appears yet another Jane; Jane the wife and mother. And this manifestation of her personality is the one Fonda says is “it”; the real her.

At 41, lovely, still maintaining her stunning figure, Jane is a hit at the box office with serious films like Corning Home and The China Syndrome. But what’s most important on her list of priorities these days is her life as the loving wife of Tom Hay den—once-unsuccessful Senate Candidate, who Jane reveals, will run again, with her backing—and Jane’s mothering responsibilities. Her kids are Vanessa Vadim, 10, and Troy Hayden, 6. Fonda confesses that “it’s tough juggling a career and a private life,” but she admits quite openly that her career needs are secondary to her nurturing ones. She and her family live in a simple home in Santa Monica; Jane does the laundry and cooks. The Haydens—very wealthy thanks to Jane—show privilege only when they retreat to their Colorado ranch for “complete privacy—no phones or visitors.” During the summer, the Haydens’ ranch will run as a camp for underprivileged children. Once confused and anguished, Jane Fonda is happy now as a homemaker who makes films on the side. She knows what comes first— husband and kids!