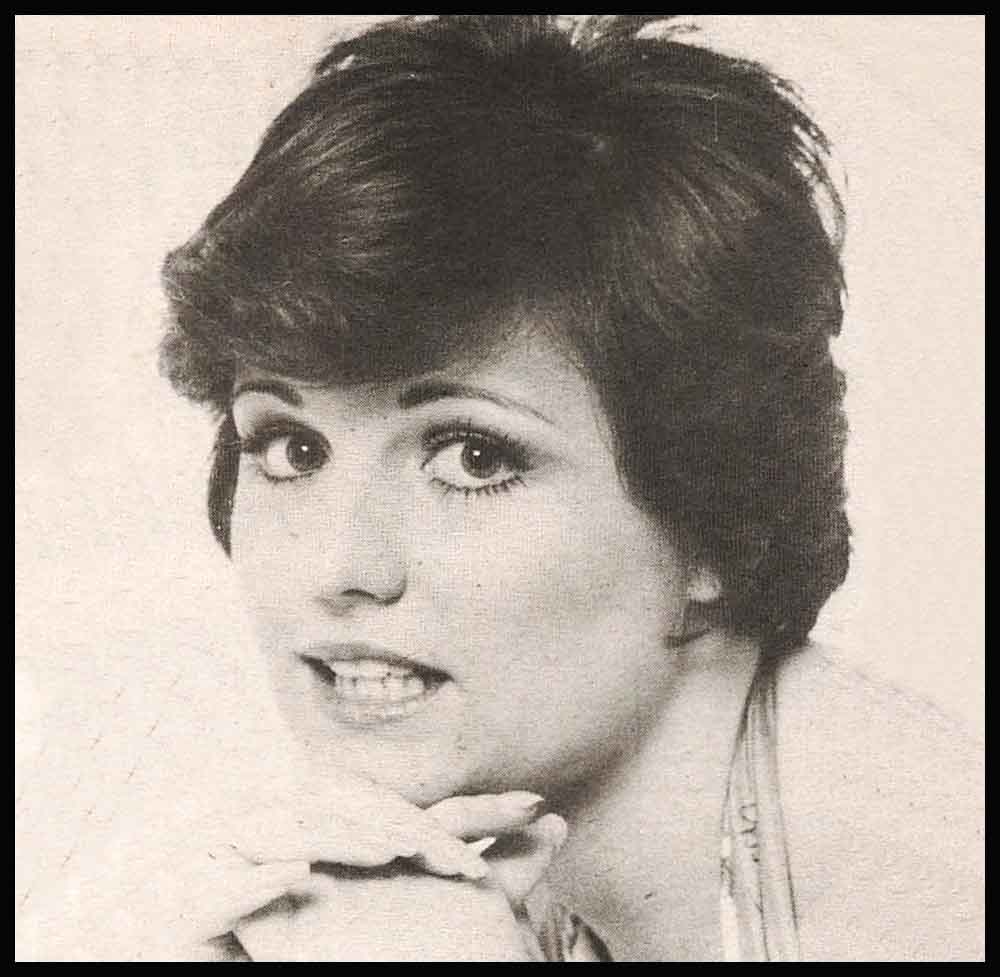 If having a famous mother or father is difficult—and it is—having a famous mother and father can be downright impossible! That’s the impression that Broadway star Lucie Arnaz gives about her life, at least. The daughter of beloved comedienne Lucille BalI and Desi Arnaz, the sister of Desi Jr., Lucie wants very much to be accepted for her own abilities. She’s extremely anxious to have people know that she worked hard for her new success—nothing was handed to her through connections. If anything, in fact, Lucy and Desi Sr. went out of their way to make certain that their children grew up as normally as possible. “We lived in Beverly Hills,” Lucie Jr. explains, “but that wasn’t so hot.

My mother wanted us to grow up like anyone else. I got 50 cents a week allowance, and for that I had to take care of the dogs, the turtles, the fish, clean my room, and I couldn’t go anywhere until my homework was done.” The only major difference between Lucie’s childhood and that of other kids was that Lucie and her brother appeared on her mom’s Here’s Lucy show for years. But even in that instance, Lucie was expected to be as professional and polished as any other child actress—no favors for her! If anything, Lucie’s life—which she does describe as “happy” was a lot more pressured and full than her schoolmates!

But appearing on t.v. was just the bare beginning for Lucie. She didn’t sit back and wait to absorb show business—she studied it. Dance lessons, singing lessons, acting lessons—Lucie took them all, determined to be an all-around polished entertainer. “People know who I am because I’m related to famous people,” the young woman concedes. “But I have to make it—or not make it—on what I can do myself!”

This year, Lucie has without a doubt made it in show business. She is the toast of Broadway in “They’re Playing Our Song,” and Hollywood is already buzzing with rumors of t.v. series offers and nightclub tour possibilities for the 28-year-old. Lucie has overcome the whispers that she’s gotten performing jobs because of her name—it’s her dazzling talent that casting agents are going wild about! And Lucie is ecstatic: “Sometimes I feel guilty about getting paid so much to have so much fun . . . I’m never happier than when I’m on stage . . .”

Lucie Arnaz has reached the point where she’s no longer Someone’s Daughter—she’s a Star!