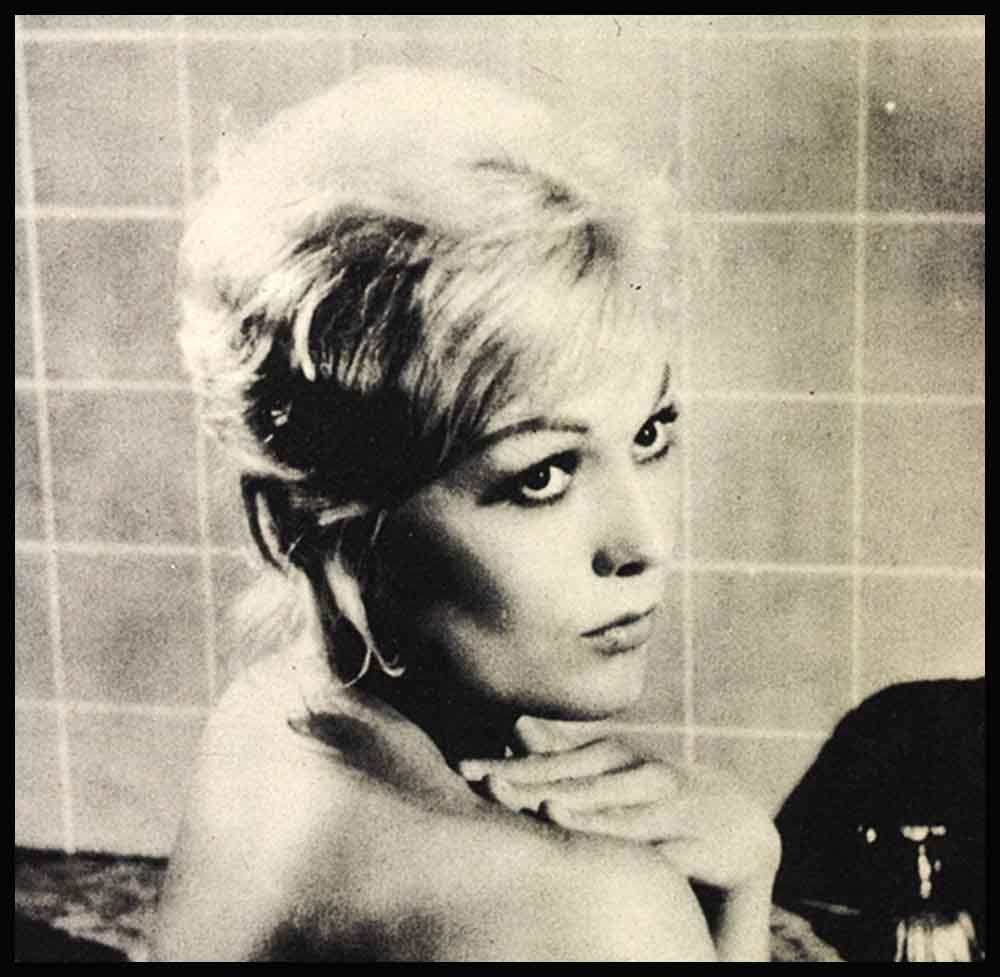 THE Encyclopedia Britannica describes the hand as “the terminal part of the human upper limb, consisting of the wrist, the fingers and the palm.” But if you think that “terminal” means end, take it from INSIDE STORY you don’t know press agents. To us average schmoes hands may be used for eating, catching, even caressing. The movie pipe-dreamers send in hand-outs to make the editors hand out valuable space that should be bought and not given away. Herewith a collection of the gems that have passed over your editor’s desk. Mark them well, enjoy them while you may. For they won’t pass here again. They’ve been nominated for oblivion.

Getting “wired for sound”, leggy actress Julie Newmar is fitted with concealed microphone equipment by a TV technician. (He gets paid for the job, too!) Mike was hidden under Julie’s skirt when she appeared in recent “Person to Person” show on CBS.

This photo of actress Kim Novak was released during the heat wave that engulfed the country last summer. It was ballyhoosed as Kim’s answer to the weather. Actually it it a publicity shot for the film “The Notorious Landlady”, in which Kim revives the traditional Hollywood bathtub scenes. It is re- ported that she spent two weeks filming the scene at Columbia “without wearing even a flesh-colored bathing suit.”

The photographer ran out of excuses for this shot of 18-year-old French starlet Marie Ange Mariani sunning on the beach at Nice. All he could think of is: “With such lovelies decorating the shores, it shore is nice in Nice.” Maybe no excuse is necessary. As Confucius say: “One hot picture speak louder than 10,000 words.”

Dressed in “BB (Brigitte Bardot) Uniform”, these young lovelies expose their bare midriffs in a zany contest at the Unicorn Club at St. Tropez, France. Each girl had a unicorn eye painted on her navel. Judges were supposed to select the most decorative and the most decorated navel. After careful scrutiny, they called the contest a standoff. They said that they loved them all!