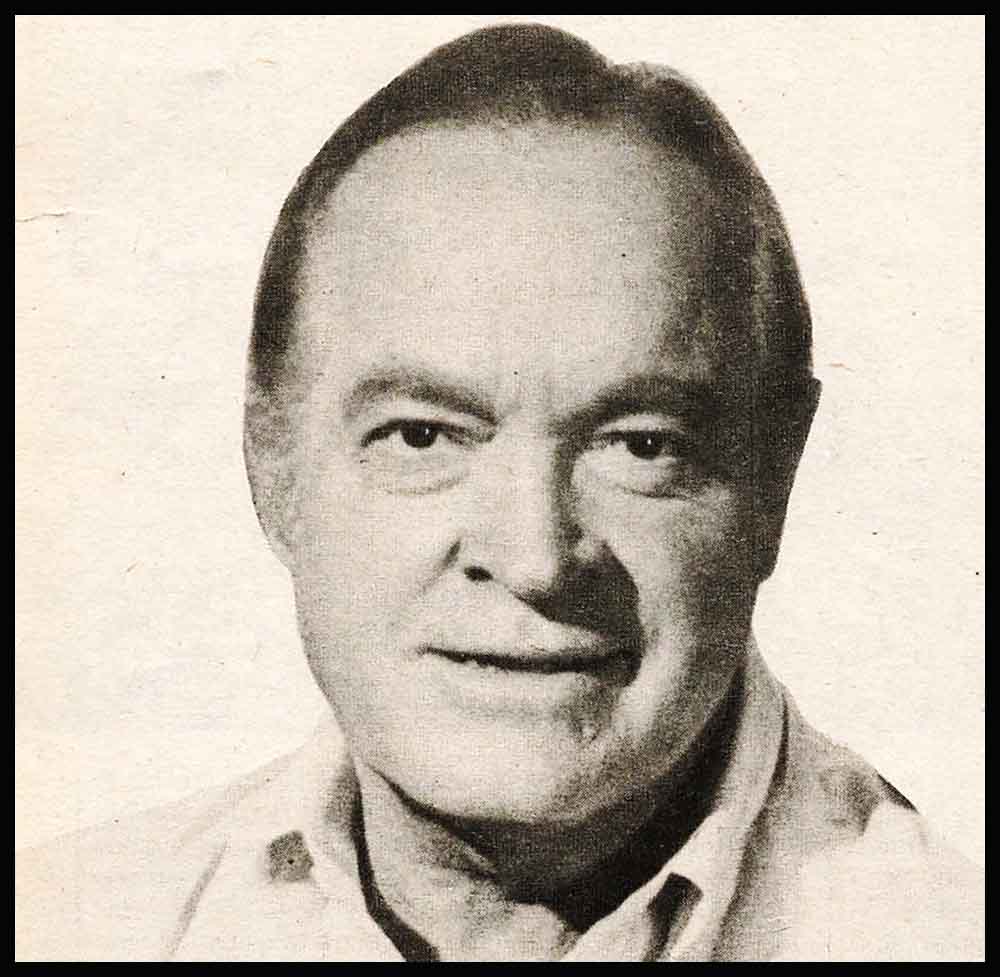 in Hollywood, Life Story
by admin

Leslie Townes Hope was born in Eltham, England on May 29, 1903. If anyone predicted that this small, good-natured baby would someday become one of America’s most popular entertainers—Mr. Entertainment, some call him—we have no record of it. What we do have on record, though, is the more than five decades of laughter and cheer that Leslie (soon to be known as Bob), Hope has given us. No small gift, Bob’s many benefits, charities and interests have brought him large rewards. He has more than forty honorary doctorates, thousands of trophies, plaques and congratulatory citations, and three honorary Oscar Awards (he still jokes about waiting for his very own movie Oscar, still forthcoming.) In addition to the honors and the love heaped upon him, the once-poor young boy from England is now one of the richest men in the world, with a fortune recently estimated at as much as $500,000,000! Hope jokes away such a high guess about his fortune (“My wife is tearing up the mattresses looking for it all”), but it’s apparent that his 53 films and thousands of radio and t.v. appearances, along with shrewd business dealings, have made the beloved “Skin Nose” one of Old Hollywood’s wealthiest citizens.

Bob Hope got where he is today through a combination of hard work—at the age of 76, he still makes at least one appearance each and every week!—good editing sense—he has a room literally full of thousands of jokes which he periodically reassesses—and a perfect sense of comedic timing. In addition to these things, Hope was one of the first of the famed comedians to spend large sums of money on good writers, many of whom have been with him for years. “Make Bob Hope laugh, and you have job security,” one of his writers say s simply. But perhaps the most important ingredient of Hope’s success and staying power is that he has a brilliant knack for evoking gentle laughter. “I think he has an almost awesome ability to put himself in the position of the audience and their view of things,” says his son Tony, 38. “He does this instantly and instinctively. The secret of his humor is that he can say what an audience is thinking; he can synthesize the feelings of large groups of people, feelings they didn’t know they had, or shared.” Bob’s humor is topical, but it doesn’t sting.

Unlike many starstruck kids, the young Bob Hope had no idea he would one day end up on the stage. When he was four, the Hope family moved to Cleveland, Ohio, where Bob grew up. As a youngster, Bob took on all kinds of jobs; he delivered newspapers first, later worked in a shoe store, a soda fountain and even as a used car dealer. He’d always liked dancing, and it was almost as a lark that he tried out for a vaudeville performance in the early ’20’s. As much to his surprise as to anyone else’s, beginning in 1924, Hope made quite a name for himself as a song/dance/joke man on the Circuit. That success led him to a very fruitful career on Broadway (where he appeared in shows like Sidewalks of New York, Roberta and Ziegfeld Follies,) and then on to radio. By the time Bob made his radio debut in 1938, on The Rudy Vallee Show, he had a theme song—“Thanks for the Memories”—a hit he sang in one of his Broadway shows, and his theme song up to today.

Bob Hope’s career was an upwardly mobile one from the onset. He moved easily from vaudeville to Broadway, from radio to films, from television to personal appearances. At each stage of his professional journey, he was treated with kindness. “Bob Hope was someone you just didn’t write bad things about,” one journalist States. “The public didn’t want to think of him in a negative light.”

Indeed, despite his ever-growing fame, wealth and power, Bob Hope remains very much a man of the masses. “Bob is a confidante of generals, prime ministers and presidents,” say s friend Jim Murray, “but he manages to convey the impression he has just put down his pool cue, or has just been caught tiptoeing out of the wrong stateroom on a cruise.” People sense Bob’s warmth and accessability. He likes to hear laughter from a place high on a stage, it’s true, but Hope is also a man who likes to go out among people, shaking hands, smiling, “working the crowd,” in the most sincere way.

Hope’s radio success in the late 30’s encouraged him to go out to Hollywood and try for a career in films. His most famous, and most well-loved, are the “Road” movies he did with his good pal Bing Crosby. Just before Bing’s death last year, in fact, the two were going to re-team for another “Road” film. Bob is a man with many good friends but few dear friends; Bing Crosby was a dear friend, and his death shook Hope up as few events have done in the past.

As Bob’s career blossomed, so did his personal life. He married Delores Reade in 1934, and despite frequent absences while he’s on the road (The towels we have are marked His, Hers and Welcome, Traveler), their marriage has happily endured. The Hopes have four adopted children; Linda, born in 1939, Anthony, born in 1940; Kelly, born in 1946, and Nora, also born in 1946. They have several grandchildren as well.

Bob began appearing on television in 1950. Almost ten years before that, in 1941, Hope made his first trip overseas to entertain American soldiers. Bob respected the guys in uniform, and they adored him. He continued to do his shows until 1972. Choosing to ignore the political implications of his identification with fighting troops, Hope instead joked, “Where else can I find an audience that’s subject to court martial if they walk out on me?” Hope was, and still is, a friend of Richard Nixon, but somehow he escaped the angry political labeling given the former President.

Today, in his Trousdale Lake estate, and his new Palm Springs mansion, Bob continues to be a vigorous and active man. His Bob Hope Desert Classic helped make golf a glamour sport, and contributes proceeds to more than thirty charities. Bob himself is an avid golfer, although he mocks his game in the same non-biting spirit he mocks most things. “I’ve always taken care of myself,” the 76-year-old star begins. “I don’t drink or smoke, and I’m a stickler for a good health routine and physical conditioning. I exercise every day and a masseur comes in every night to give me a rubdown. Right now I could go three rounds with Hermoine Gingold.”

Hope continues to work, also, and draws a future line only at “doing nude movies . . . I prefer to get my laughs in the regular way.” He looks, and feels, about fifty and plans on keeping things that way as long as it’s up to him—and as long as laughter’s in the air . . .