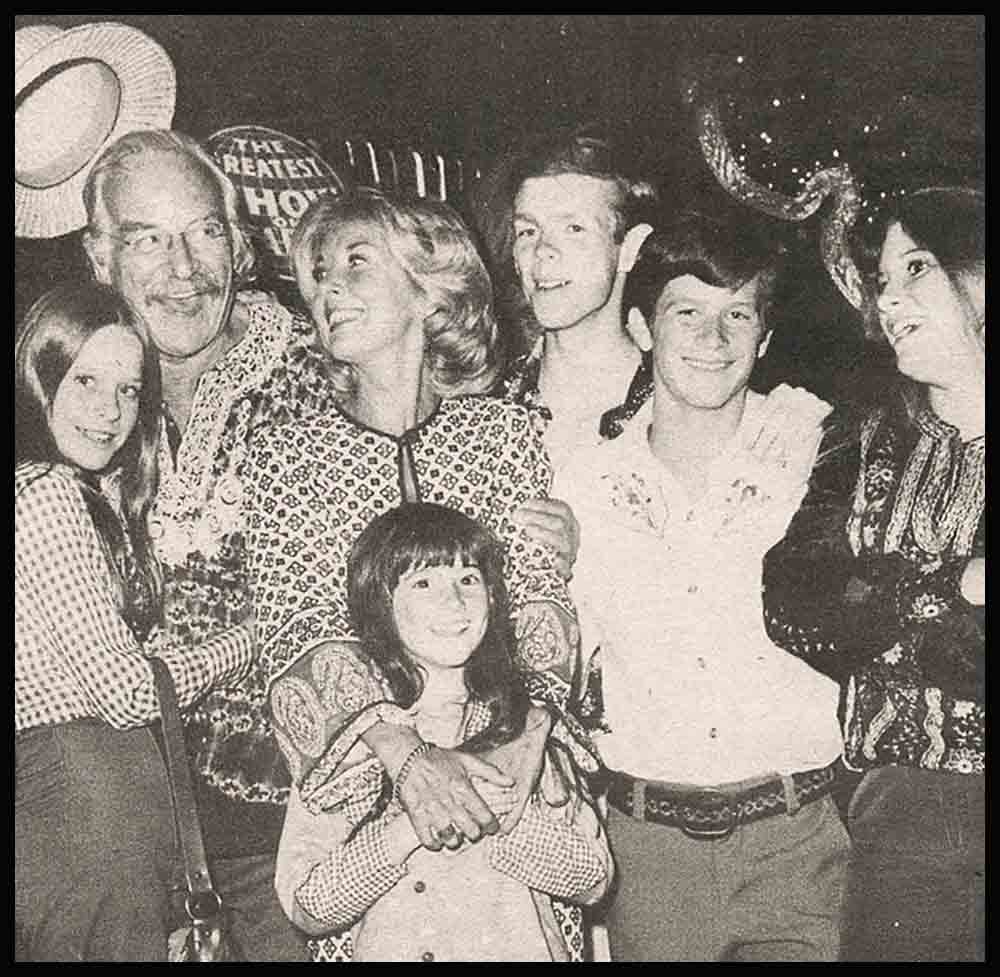 Maturing In Front Of Millions—“The Waltons”

When Michael Learned left the cast of The Waltons last season after 7 fulfilling years, she said, I’m sorry about the trite sound of this, but The Waltons cast is a family. I adored Will Geer. I was away when he died, and for months after I kept expecting him to walk back into my life. Ellen Corby and I have been close; and Richard Thomas and I had a good relationship. Ralph Waite and I shared problems; his was drinking, mine a bad divorce. And the kids—I love them! We all watched them grow up and become real people . . .”

Just as Michael saw the Walton kids mature, so did we. The littlest, Kami Cotler, now 13, started when she was a baby—just 6. “It’s been fascinating to watch Kami over the years,” Eric Scott reveals. “She’s become a real pro. Her body is beginning to change, and you can really talk to her like an adult.”

The next oldest Walton daughter, Mary McDonough (Erin) also has a lot of protective “older brothers” on the show—so much so that she’s decided not to bring her boyfriend on the set. “He had to be okayed by my two older brothers at home— that’s enough!” the 17-year-old exclaims. The “Walton” brothers of the series Eric Scott and Jon (Jason) Walmsley, both 22, are buddies who double date regularly. They keep in touch with Richard Thomas, who’s now pursuing other acting vehicles, and feel warmly towards Ralph Waite (John Walton) and Judy Norton-Taylor, the other survivors of the original cast. Judy (Mary Ellen) is 21 and divorced in real life. She too grew and blossomed during her years on the show.

When The Waltons began in 71, network officials were afraid it was too sweet and homey to last. But, after a slow start, the depth and sensitivity of the Scripts, and the realness of the cast members made the series a fixture on t.v. screens. In fact, the show might survive itself; if cast members drop out, it may be re-titled Walton’s Mountain, and concentrate on townsfolk! Long live the Waltons!