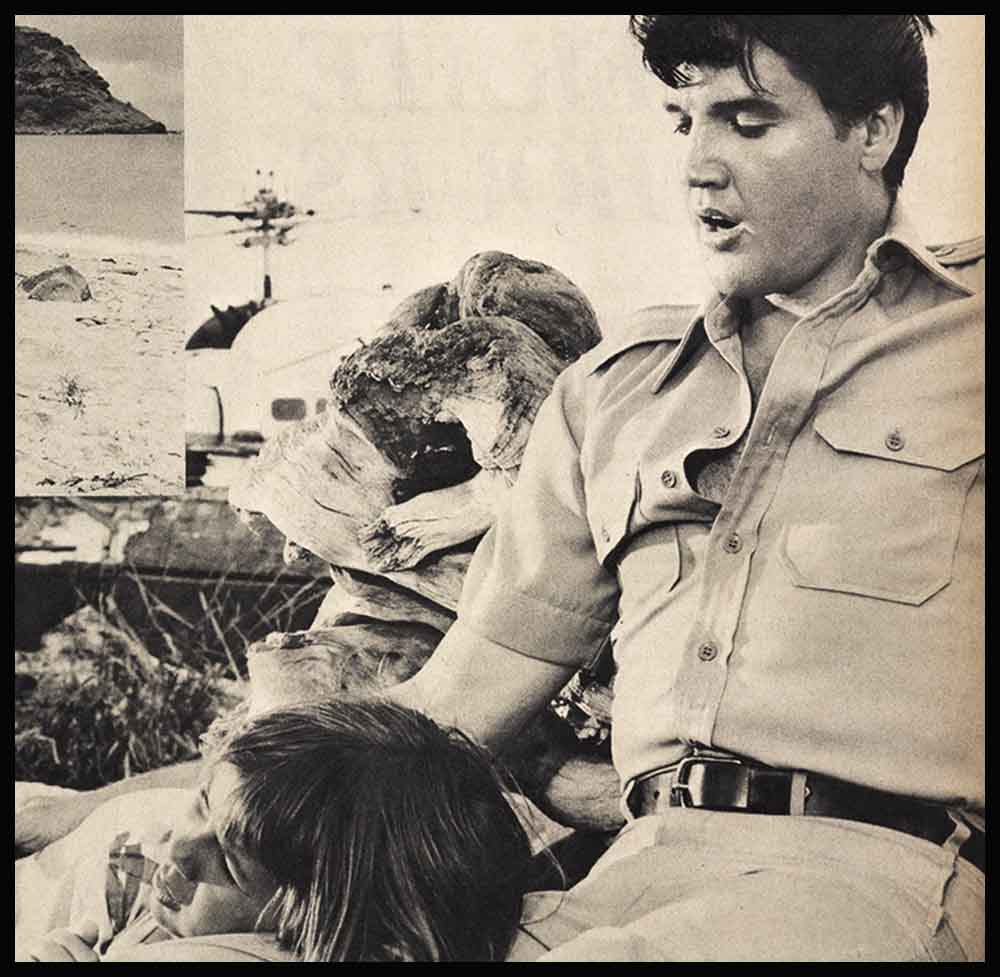 Elvis Is Eating His Heart Out

“Pork chops, bacon and black-eyed peas comin’ up,” drawled the 6 ft., 3 in., 340 lb. chef. It was his first day on the job, and he was obviously anxious to please his boss. After all, he was “hired away” from the Peabody Hotel in Memphis and flown all the way to Honolulu for just that purpose. And the object of his culinary skill was none other than the fabled Elvis Presley. Elvis had arrived on location for Para.’s Paradise, Hawaiian Style last summer to find the locals totally unfamiliar with his down-home favorites. Hence the SOS to the mainland, and the arrival of a cook capable of pleasing El’s particular palate. Cookie did such a fab job that production had to be held up three hours one day when the trousers worn by Elvis came apart at the seams. The pants were rushed to a tailor, but the let-out repairs were not sufficient. A new pair was purchased at a cost of $6.98. The delay was estimated as costing $3,000. Elvis has since been more attentive to his waistline, even though the sacrifice has been painful.

Another thing paining Elvis these days is his love- life—or more precisely, the lack of it. Elvis filmed Paradise, Hawaiian Style in perhaps the most romantic setting the world has to offer, but his off-set hours were singularly unromantic. The girl he has dated seriously over the last couple of years, Priscilla Beaulieu, was not asked to join him on this junket. This was not thought to be indicative of a split-up, because Elvis had decided that wives and best girls would not accompany his entourage on this trip. Yet when he returned to the Paramount lot in Hollywood to complete shooting, Priscilla was in town, but reportedly did not see Elvis. There followed more reports that Elvis and the girl many thought he would marry had cooled down considerably.

And with no one else on the horizon (he did not date either of his luscious Paradise co-stars, Marianna Hill or Suzanna Leigh), it looks like Elvis will have to return to “go” and begin the arduous search all over again for a wife. It’s hard to believe that a man revered by friends and fans alike as a king, a man who stands to make more than 6 million dollars this year, could be eating his heart out. But with the longing for wife and family growing more acute and the eventuality more remote, with the muscular good looks so vital to an actor’s success put in jeopardy by so much as an extra helping of mashed potatoes, Elvis Presley is definitely feeling the pangs of mortality, perhaps for the first time in ten years.