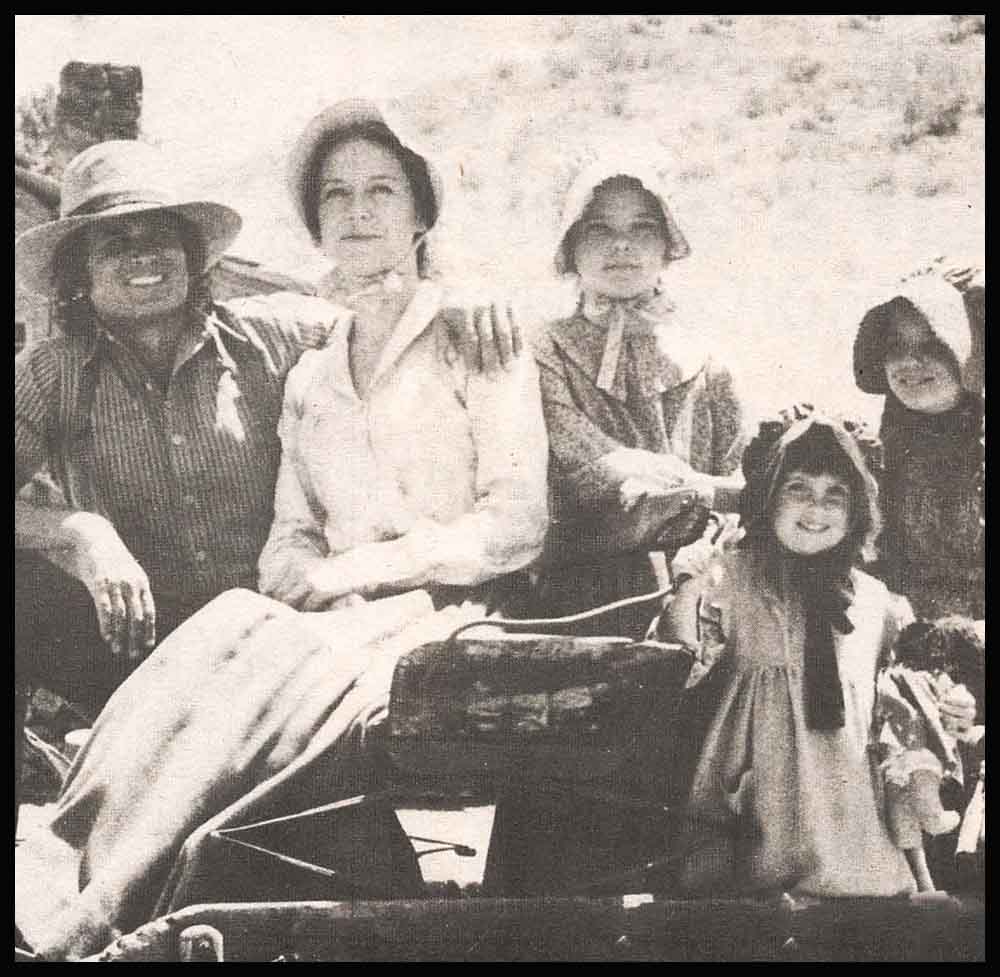 Maturing In Front Of Millions—“Little House On The Prairie”

Little House on the Prairie was a gamble that actor, director, writer and producer Michael Landon was certain would pay off. “This is what I’ve always dreamed of!” he enthused. “When Bonanza was finishing up, I knew there was room for a clean and decent show on television—I thought of it then. It’s a show about a good man trying to make a good home for his family, and I believed in it.” So did millions of viewers as it turns out, for Little Prairie has consistently been a top rated show for the past few years. During that time, we have watched Melissa Sue Anderson and Melissa Gilbert mature, growing from sweet little girls into young ladies with very strongly defined characters and fine, individual features.

“Michael’s like a dad or a brother to everyone in the cast,” Melissa Sue confides, and Michael adds, “I try while doing each show to make us all interact as a regular family would.” That feeling is not a difficult one for Michael to strive for; he and his wife are very child-oriented people who “care about our family—the one at home and the one on the set—more than anything else.” Melissa Sue, 15, and Melissa Gilbert, 14, have been in turn big sisters to twins Lindsay and Sidney Greenbush, 9, who take turns playing little Carrie on the series.

This season, two young boys add some masculine influence to the cast, and you can bet that they will be treated with the same warmth and affection that the other kids have grown up with. Last year, Melissa Sue (Mary) wed on the show; next year it’s Melissa Gilbert’s (Laura) turn. Just like in real life, the Ingalls kids have gone and grown up, right in front of our eyes! And aren’t they both such a pretty sight to behold!