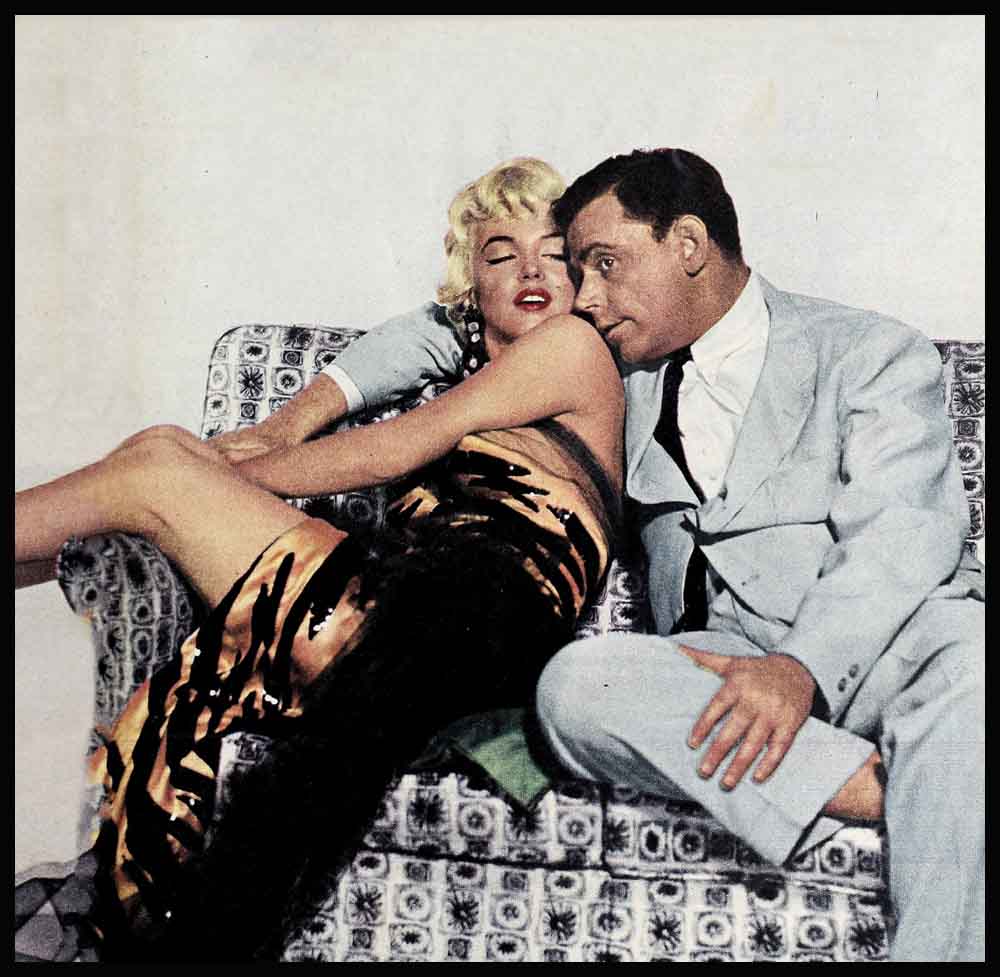 Something in the shape of Marilyn Monroe is likely to haunt the daydreams of the average American male, and in 20th’s “The Seven Year Itch” those dreams hilariously come true. Tom Ewell, who created the role in the original Broadway hit, is the lucky dreamer. A devoted husband, a solid Citizen, he wistfully imagines himself as a dashing fellow, irresistible to women. When his wife of seven years goes out of town, he develops an urge to stray off the reservation. Suddenly, there’s Marilyn—an upstairs neighbor who seems awfully available. But when Tom tries to turn himself into the Don Juan of his fantasies, the outcome in real life isn’t especially romantic—it’s riotous!

Just an everyday guy, Tom Ewell fancies himself as a ladies’ man. He pictures a touching hospital scene, with a nurse (Carolyn Jones) who—of course—falls madly in love with him. But when he’s in his apartment with a very real Marilyn, what do they do? Eat potato chips.

In daydreams, Tom has seen himself playing a brilliant concerto for Marilyn, softening her heart with music, sweeping her into a passionate embrace. But, in actuality, Marilyn plays “chopsticks,” and Tom finds that piano benches aren’t really designed for passionate embraces

As an editor of pocket-size books, Tom specializes in giving lurid, sexy titles to scholarly works—like a serious study written by the outraged Oscar Homolka. But when Tom’s off the job, he’s a bashful character: it takes him two-thirds of the picture to work up to a kiss