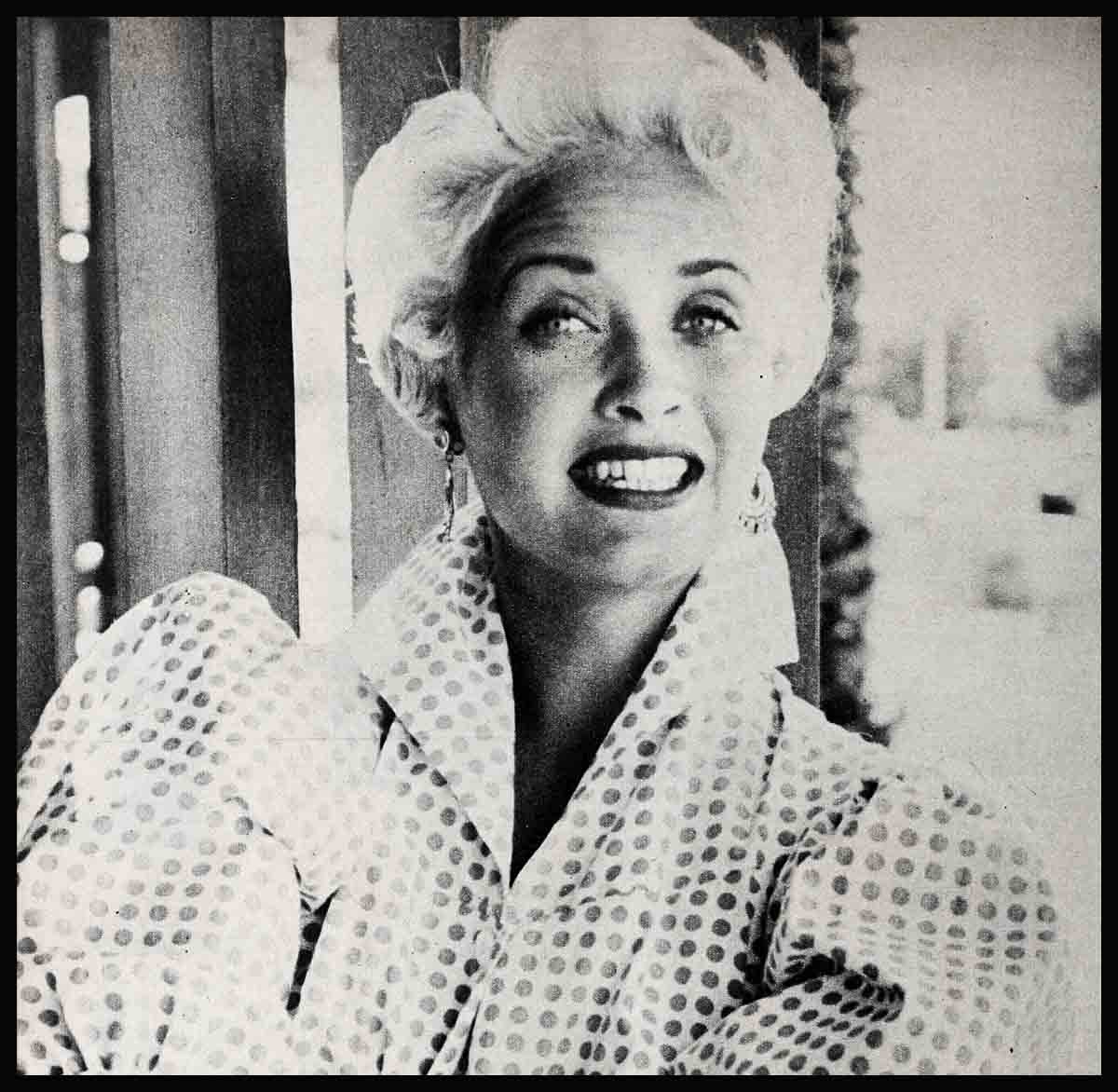 Today, one of Hollywood’s most brilliant careers hangs in the balance. Jane Powell, long admired as a great performer and revered as the ideal of young motherhood, has taken a step, with her divorce and her romance with Gene Nelson, which may prove fatal. The circumstances are reminiscent of those which toppled Van Johnson from fan favor when he married Evie Wynn. There is no more heartfelt disillusionment than that provided by the fallen idol.

Not since the sizzling Ingrid Bergman scandal have so many PHOTOPLAY readers written letters on a single subject. And never has reader opinion been so vehement or so single-minded. The jury has brought in its verdict—for now. For every letter defending Jane, there are eleven that roundly condemn her.

Why the furor over this particular case? One of Jane’s “used-to-be-fans” (the reader’s own phrase) gives the explanation: “A hundred movie stars can divorce each other in a year, and few eyes are widened. But for a sweet, sincere person like Jane Powell to divorce a faithful husband like Geary—it’s shocking!” Lana Turner or Rita Hayworth may cancel out a marriage without losing a fan; their sultry screen personalities and their colorful real-life histories make such an action no surprise.

But Jane, as the sunny young singer of so many hit movies, as the serenely happy wife and mother, took her fans completely off-guard when she apparently dropped out of character. A typical. hurt reaction: “I have never heard anyone talk as coldly as she did about her marriage.”

Are moviegoers willing to accept the sudden up-heaval in Jane’s life as evidence of a new maturity? The answers are overwhelming. And the verdict is no. Only last spring the readers of PHOTOPLAY agreed that a mature Jane would be even more appealing than the youthful child star of yesteryear. But obviously her fans do not consider Jane’s recent actions an evidence of new maturity. “She seems to have forsaken all sense of responsibility in her pursuit of a thrill. . . .” “I think Jane is acting like a two-year-old child. . . .” “Her divorce is so childish it makes her unfit for more mature roles. . . .” “Come on, Jane, grow up!” . . . “She’s demonstrated how juvenile a wife and mother could possibly be.”

Many letters show deep concern about little Suzanne and Geary, Jr. “You should have thought of them” is the tenor of reproofs addressed to Janie. Looking to the future, one reader cited her own unhappy experience: “I come from a broken home; those in my position know what it means . . . I have felt nothing but insecurity all my life.”

The fans who remain loyal point to the frequency of divorce in other towns besides Hollywood. The invincibility of love is proclaimed: “If Janie and Gene love each other, it can’t be helped . . .” “I’m not saying Gene and Jane are doing the right thing, but if they are sincerely in love, then I wish them both all the luck in the world . . .” And Jane’s critics have no right to speak other than for themselves, her defenders say. “How can one fan say she speaks for thousands?” one loyal advocate writes.

Whether Jane can win back her lost fan following only the future will tell. It all depends on Jane herself! Possibly some moviegoers will change their minds when they see her and Gene together in “Three Sailors and a Girl.” Nevertheless, the over-whelming sentiment at this time is that Jane is making a mistake. The danger signals are there for all—and particularly for Jane—to see.