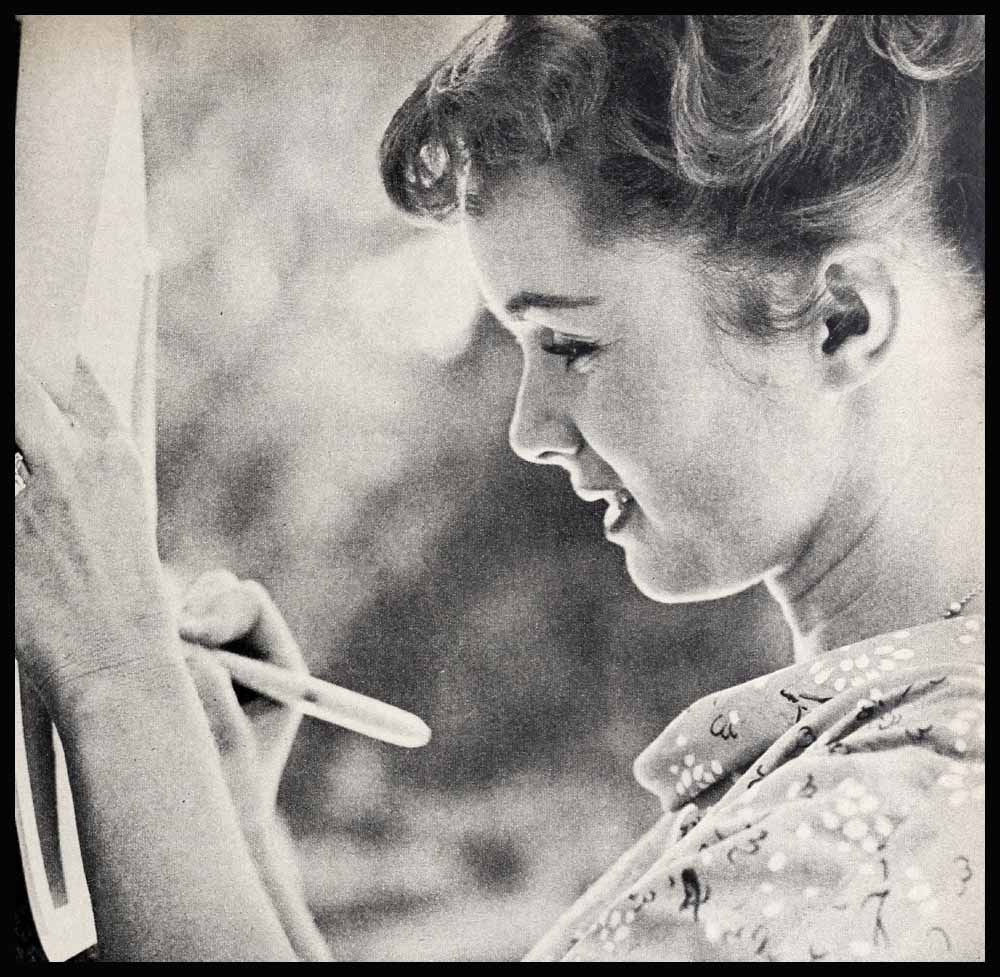 The Marriage The Whole World Waited For . . .

When Eddie gave Debbie her ring, a sentimental sigh went around the world. Youngsters hoped that one day they’d find a love like this. For in spite of the spotlight, Debbie and Eddie remained always the simple boy and girl. Debbie’s staunch refusal to be rushed into marriage—“We’ve got problems!” Eddie’s “Gee, I must be in love,” when he missed a line at a broadcast—were the sort of things the world could understand and share. Four hundred people attended Debbie’s and Eddie’s engagement party. Everyone breathlessly followed their trips to entertain soldiers, to have Eddie meet the Queen of England, to Hollywood where they started the search for their honeymoon home.

Then, followed the rumors. Rumor that hardly seemed believable—Eddie was fighting with Debbie, the engagement was being broken, Debbie was appearing at her studio without her beautiful square-cut diamond on the third finger, left hand. The blue-print was laid out for both Debbie and Eddie. The persons involved in his TV show were demanding that he postpone his wedding until after July 1 (Debbie had counted on being married in June, even if it meant a ceremony at midnight on June 30). It seemed hardly likely that Debbie could stand still another disappointment at this stage of the game.

Her first disappointment had come when she had to put aside her plans for a thousand persons at a giant wedding. Other disappointments followed, but Debbie took them as any intelligent young woman would—the conferences, the mobs, the never-ending attempt to escape for just a moment to be alone with Eddie. She might have been a wise young lady to have taken her mother’s advice and been married in a quiet town in England—but Debbie didn’t want life that way. Realistically, Debbie had lived in the spotlight for years and so had Eddie. This was the way life was always to be lived by them and to begin marriage by trying to avoid it, was pretty silly.

Said Debbie to one of her closest friends in Hollywood, “I’m not expecting the first year of my marriage to be one long blur of romantic bliss. I’ll have so much to do to make this a perfect marriage. I’ll have so much to do to make it a lasting marriage. But what wonderful work for any girl to look forward to.” To the engagement period, Debbie attempted to bring this same philosophy. She worked to make it the most perfect engagement in the world. Debbie has shown great sensitivity and sensibility in dealing with every phase of her personal life. We’re counting on Debbie to handle intelligently any joys or sorrows now in store.