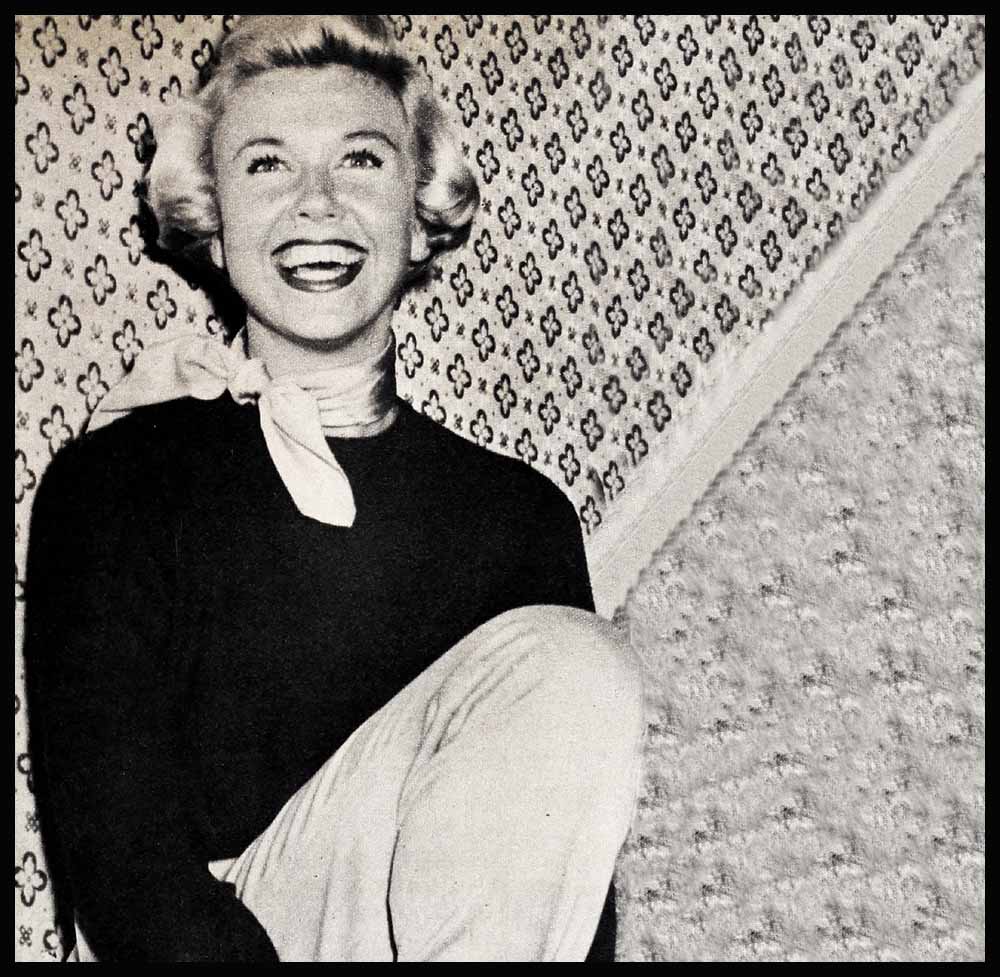 An inkling that all was not well with Doris Day first leaked out when vague items began appearing in the columns that work on her next film; “Lucky Me,” was being delayed. Then came official word that her picture was postponed indefinitely. And Doris went into the hospital for the removal of a cyst. A minor operation, it’s true—but the Doris who returned to her home was different. The old happy glow had gone. And according to her closest friends, still has not returned. What is the trouble? Always, outwardly, Doris sparkled, was happy in her home and her career. She was pointed out as the exception to the sad rule that fame has its price. It is impossible to believe this was a pose. It may be that she was working too hard—that Doris’ popularity and the demand for her in pictures, the constant draining of her time and energies, have brought her to the breaking point. Certainly, “Calamity Jane,” her biggest picture to date, took a great deal out of her. We do not know how serious her illness is. It may just be she needs a holiday. If that is the case, all her friends and fans hope she will follow the doctor’s orders. And that it will not be long before there’s a healthy, happy Day again.