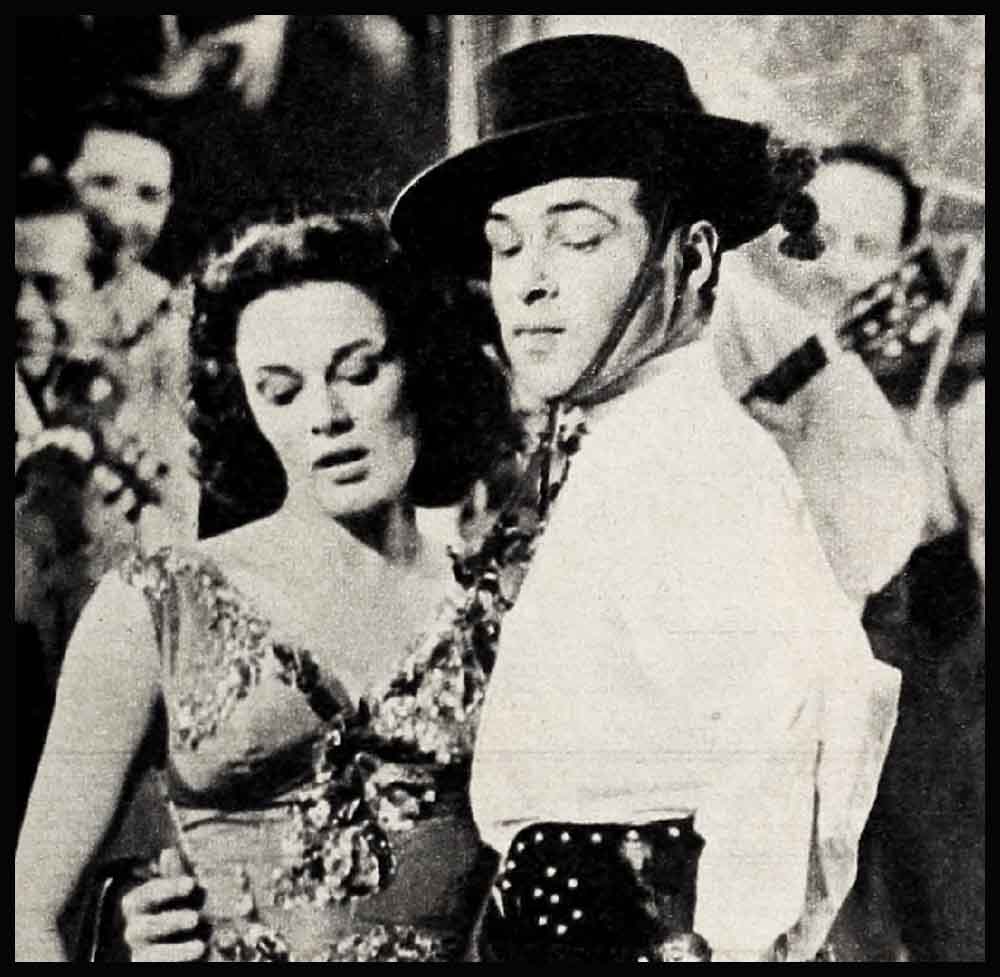 Never was a picture shrouded in more secrecy. The sets of “Valentino” were closed and Tony Dexter, who plays the title role, was kept from the press, out of public eye.

Tony was recommended to producer Edward Small by Katharine Cornell. He had played with her in “The Three Sisters” and again and again his resemblance to Rudolph Valentino had impressed her.

Dexter studied for this role for three years, took dancing lessons in private instruction rooms, had Valentino’s old films run off a hundred times so he could study Valentino’s every gesture and mannerism.

Now, a quarter of a century after his untimely death, Valentino lives again.

The real Valentino—in 1921, when he made “The Sheik” with Agnes Ayres

Valentino, the idol of women everywhere, loses Joan, the woman he loves, to King—is best man at wedding

Later, Valentino and Joan play together in “The Sheik”—their attraction for each other is rekindled

To protect Joan, Valentino returns East, becomes ill and dies. Joan learns, then, what her husband, King, never revealed before