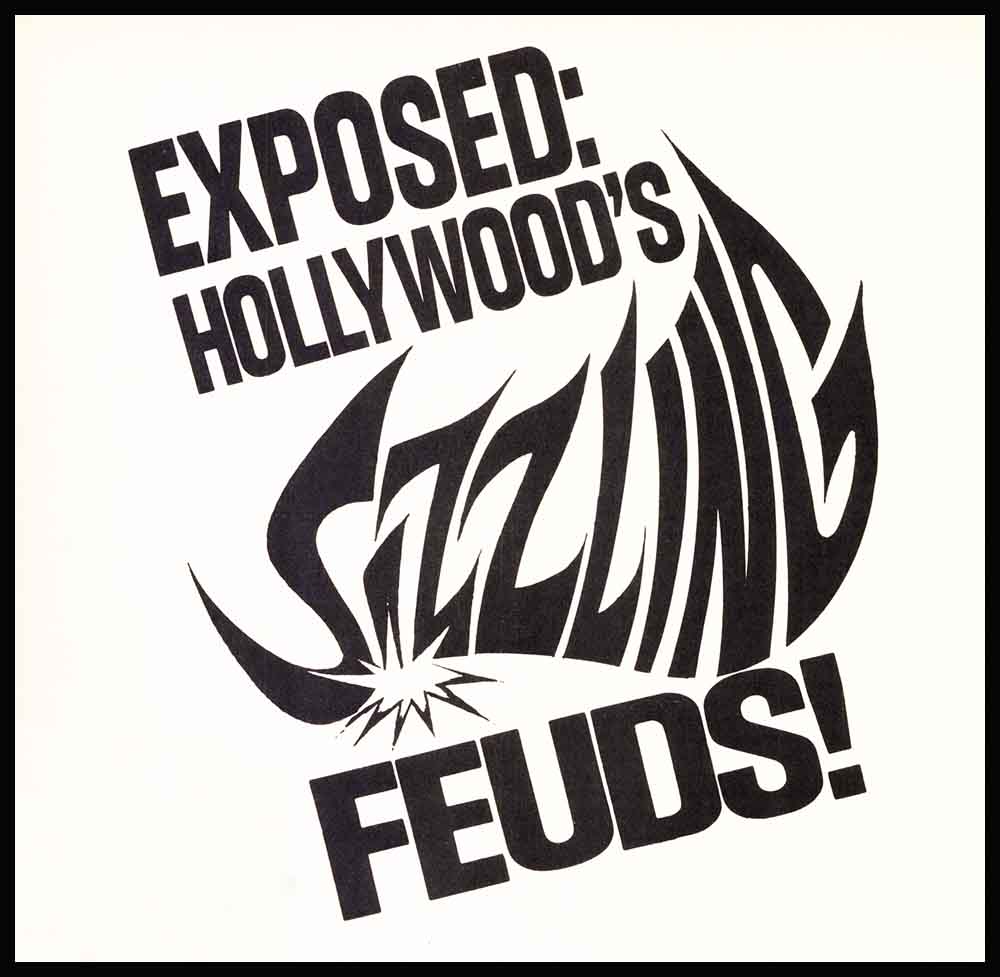 PETER BRECK, star of ABC-TV’s The Big Valley, and GENE BARRY, star of Amos Burke, Secret Agent, try to keep out of each other’s way but it’s not too easy since they both film their shows at Four Star Studio. No one knows for sure what their beef is but there’s a definite personality clash. . . .

BRIGITTE BARDOT feels co-star JEANNE MOREAU received much more publicity than she during the filming of UA’s Viva Maria. Brigitte hoped to make up for it—if she could—when she and Moreau came to the States to promote the film in December. She thought she had one on Jeanne when she was lined up for a guest spot on The Steve Lawrence Show, but the ill-fated show left the CBS Network before BB’s arrival. . . .

JAMES GARNER and TONY FRANCIOSA had a battle making A Man Could Get Killed, but Garner swears it never came to fistcuffs, as reported. Crux of the battle was Tony putting too much realism into his fight scene with a group of Italian extras. Jim argued that blows could be faked—not swung from the floor. Franciosa didn’t appreciate the advice. Words flew hot for a time. . . .

DEAN MARTIN wasn’t smiling after he bumped into THE BEATLES at a party. The Beatles didn’t recognize Dino, and when he introduced himself as Perry Como, the Britishers merely murmured, “Hello, how are ya?” Dino won’t forget it! . . .

BURT LANCASTER has dampened the joy of ERNEST BORGNINE becoming a new father. Burt won his lawsuit against Ernie for breaking a long-term contract; Ernie is going to have to shell out $142,051 to compensate Mr. Lancaster. . . .

JERRY LEWIS severed relations with Paramount when comedy team MARTY ALLEN & STEVE ROSSI got an all-out buildup by the studio, which hopes they’ll be as big as Martin and Lewis were.