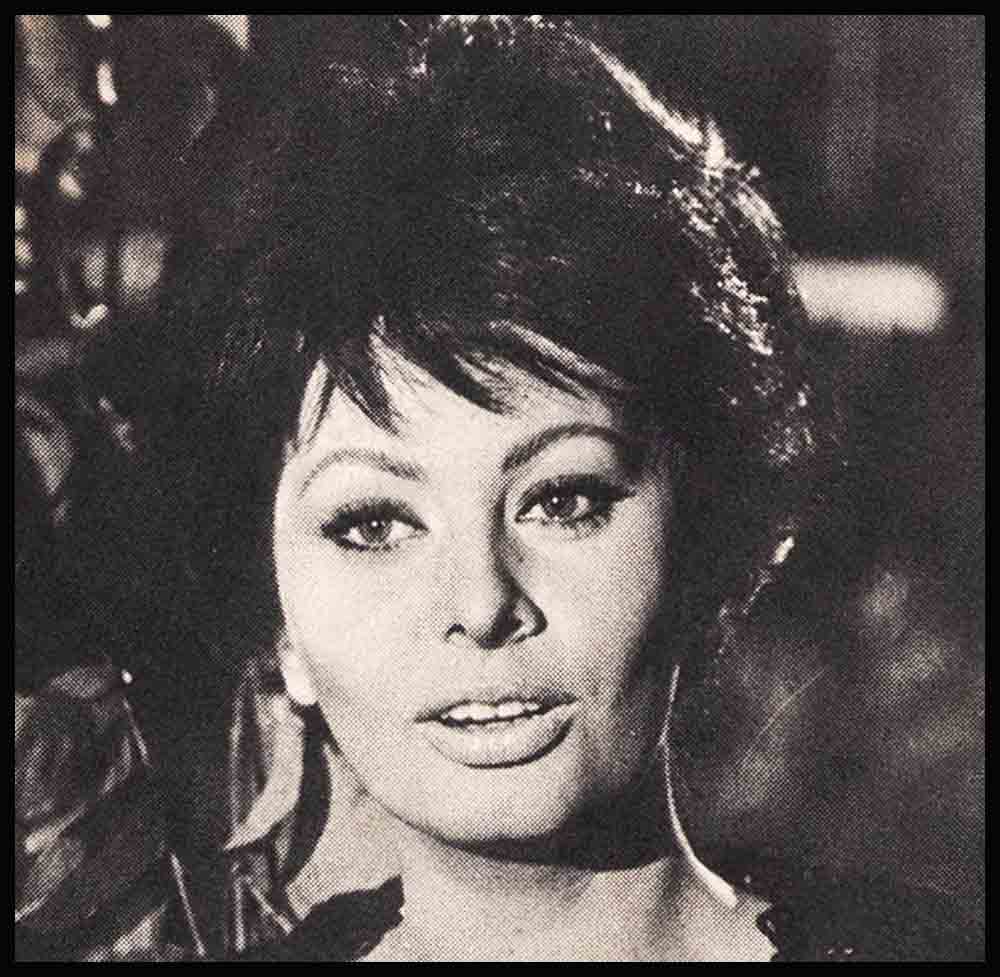 Marilyn Monroe: THE OF THE SEX QUEENS

Marilyn died over 3 years ago, and still the legend lingers. During her tragic and lonely life, her unique walk and talk influenced the world. First a nude calendar girl, she became top sex symbol since Harlow, No one has replaced her.

CARROLL BAKER TRIED TO MAKE THE GRADE BUT FAILED . . .

Carroll tried to imitate Harlow, but some termed “cheapening.” Scant attire, and tons of pub haven’t helped. She has no new movies, but hopes for way after current law suit crisis.

URSULA ANDRESS – JULIE CHRISTIE: WILL THEY PUT THE FEMALE SEX SYMBOL BACK ON TOP?

Ursula Andress looks most promising the new group. After fame as James Bond’s sexy beach girl in Dr. No, she’s playing her own type thriller, The Tenth Victim. Divorcing John Derek, the Swiss beauty is 29.

No one could be further from symbolic sex than squeaky-clean Doris Day, and yet she has become the most successful comedienne-actress in motion picture history. She’s a box-office phenomenon in bedroom farces such as 20th’s Do Not Disturb, but she comes through them unscathed, on her feet, or wearing a ring. Doris, 5′ 5 1/2” tall, will be 42 on April 3.

She looked like an abundantly endowed sex pot and she took almost any role she could get at first—she needed the money. But discerning movie makers saw much more in her and the former Oscar winner has emerged as a respected artist. In MGM’s Lady L she’ll play an aging woman. And in Mother Cabrini, Italy’s 31-year-old prize star, who measures 38-24-38, will play a nun in the title role.

Audrey Hepburn is every spare inch a lady, even when she’s playing the hoydenish Eliza in My Fair Lady or when she’s doing 20th’s How To Steal A Million Dollars And Live Happily Ever After. Women adore her, and that’s the acid test. She’s 37 yrs. old, wed to Mel Ferrer.

She’s not now nor has she ever been a sex symbol. That’s why she was chosen to play the reluctant stripper in Gypsey. For WB’s Daisy Clover—this same child-woman innocence is required. Natalie’s in such demand that she’s too busy making movies to take time out to marry fiance Ladislow Blatnik. Natalie hails from San Francisco, is 27 years old, stands 5’2“ tall, weighs 96 lbs.

After playing variations on Tammy, Sandra Dee wouldn’t mind a little spice in her movie making life. She’ll try it in the forthcoming pics, Welcome, Mr. Beddoes and The Twelfth Of Never. It’s unlikely, however, that the new sexy Sandy will come off when the old one continues to make her a perennial box Office favorite. She’s wed to Bobby Darin, is almost 24 yrs. Old.

Remember Debbie Reynolds stranded in some strange man’s apartment, flopped-out in his pajama tops, looking cute as a button. Well, you just knew Debbie was safe. Her girlish qualities made her really inviolate. She went from those roles to equally pristine parts, most of the time too mobile to epitomize sex to any man. No sex symbol, Debbie, she’ll play Sister Ann in MGM’s Singing Nun. A mere 5‘1“, 100 lbs., the mom of 2 will be 34 in April.

Shirley was signed originally by Hal Wallis because “she had a nice, pleasant, innocent face, a little like the sad, mobile faces of great clowns.” Hardly the attributes of a sexy dame. And Shirley is not. Even in Irma La Douce, she made the role of the Parisienne prostitute palatable only because of her fetching, highly vulnerable personality. It is Shirley’s style and not her body that sells. This 5‘6“, 122-lb. mom is nearly 32.