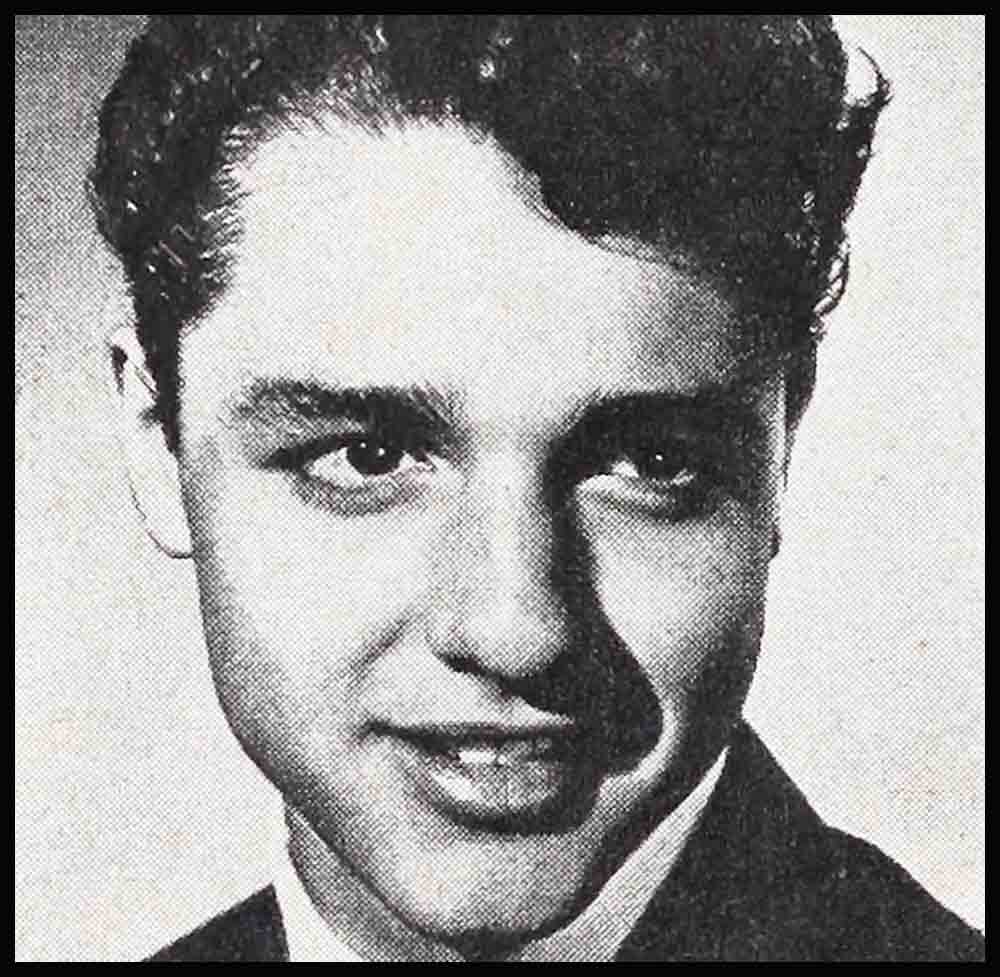 The Prize And The Winnah!

In the December, 1956, issue of Photoplay we offered to “give Sal Mineo away” for one whole day to the girl who wrote the most interesting letter on how she would plan to spend her time with him. In addition, a great deal of stress was laid on the fact that Sal Mineo’s visit must be connected with some civic undertaking or civic fundraising which could be benefited by the presence of a Hollywood star.

On the opposite page, you see the winner—Miss Nancy Donaldson of Pontiac, Michigan. Nancy convinced us—and Sal—that the erection of a civic auditorium and recreation center for young people would be enormously helped by his presence in her town.

Because of this, lucky Nancy will have, as the high point of her date with Sal Mineo, the thrill of attending the actual premiere of Sal’s new movie, “Rock, Pretty Baby.” This is a teen-age picture that does not present the rock ’n’ roll set as a group of mixed-up kids, but as normal, healthy youngsters.

Sal Mineo is pretty thoroughly and firmly entrenched as a teen-age idol, and he has earned his following in every way. He was always a boy who knew what he wanted. His drama coach, Claudia Franck, says of him, “I had never been willing to work with children before, but Sal had such intensity, such determination, that I took him on. Needless to say, I’ve never regretted it.”

Sal was playing the part of one of the children in the Broadway production “The King and I” at the time.

A beautifully-mannered young boy with velvety dark eyes and an irrepressible sense of humor, he’s far from the playboy type. In fact, it was just a year ago, when he was in New York for TV work, that he appeared at a well-known dance studio and signed up for dancing lessons! His only vice is liking two helpings of the biggest and gooeyest desserts on the menu; his hobby is tinkering with cars, taking them apart and putting them back together again. He expects to enter Columbia this fail, believing a college degree is essential.

This is the young man Nancy Donaldson will meet. And now the winner:

Nancy is a sophomore at Pontiac High School. She’ll be sixteen on April 6. Pretty and popular, she was a class officer in junior high, loves horseback riding, and is an excellent swimmer. Aside from the Dolphins, a girls’ swimming club, she’s also a member of the Amies sorority. Her talent runs to art, and she’s in big demand as a poster-maker for dances and the like; one of her posters won a prize in an American Legion competition. She’s not musical or a performer, but she did take part as a “Rockette” in a recent show for the benefit of a local hospital. Like Sal, Nancy was taught to think of others: On Christmas Day two years ago a thirteen-year-old Pontiac lad lost both his legs in a tragic railroad accident. Nancy started a fund for him with a $25 bond; five weeks later the boy had $15,000 in trust to assure him of medical care and a college education!

Thousands of letters were received and carefully considered before a winner was chosen, and the editors of Photoplay want to thank each and every one of you who entered the contest. Sal Mineo was deeply touched by your interest and by the realization of how many loyal fans he has.