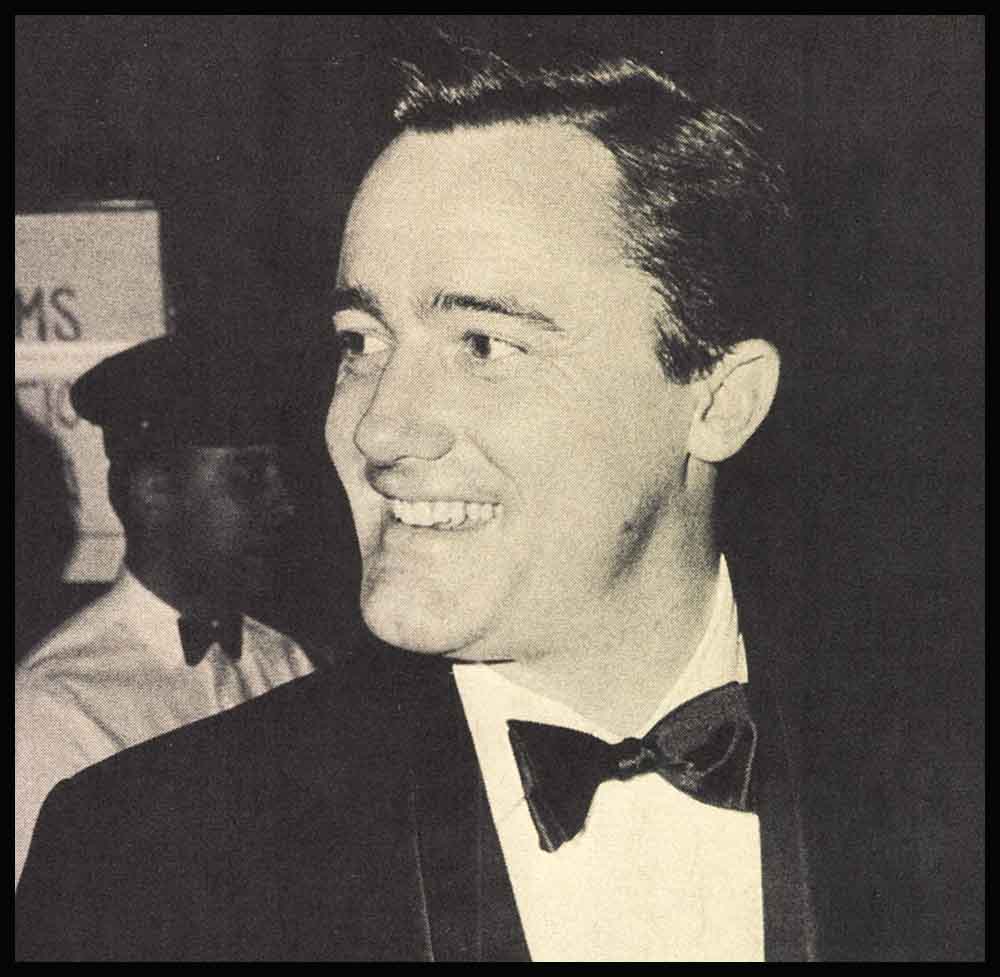 There isn’t a femme fatale in Hollywood whose popular appeal could compare with David McCallum’s or the other men’s on following pages. When NBC’s Man From U.N.C.L.E. caught on, David suddenly became the biggest sex symbol to emerge in years. He receives 32,000 letters a week, is mobbed on the streets and even finds little old ladies snooping through his garbage cans. Although he’s very secretive about his private life and his past, he doesn’t mind playing the role of a sex symbol. In fact, he’s still awed by it all. He says, “Actors love such adulation as this. It’s a lie if they say they don’t.” The blue-eyed Scot and beautiful blonde wife Jill Ireland and their three young sons are delighted to be spending the Christmas holidays in England, visiting his parents and walking on familiar soil. However, the main purpose of the trip is to promote U.N.C.L.E. and a feature-length film—comprising the first few U.N.C.L.E. episodes that were aired last fail—which will be released throughout England (Bob Vaughn is also making the trip). The 33-year-old idol is not known as “sexy Davie” over there, but this movie may do the trick.

ROBERT VAUGHN: “I HOPE TO MAKE THE MOST OF IT”

In the U.N.C.L.E. series and because of it, Robert Vaughn has become a sophisticated symbol of casual, well-heeled sex between consenting adults. He’s an arch rogue who likes women—lots of them. Off the set, it’s a different story. There just isn’t time for the 33-year-old bachelor to branch out romantically. He works hard and long at the series, for he knows playing the sex game means money. Vaughn plans to work out his five year contract, then, if the show continues, he can name his price and would earn the millions he’d need to launch a big political career in his later years. Bob doesn’t want to make Pernell Roberts’ mistake (breaking contract and getting nowhere). Then there’s the dissertation he has to complete to get his Ph.D. The only gal he makes time for is Joyce Jameson. How goes it? “It’s no less or more serious than it was 8 years ago,” says Bob.

“Sex is lovely. I adore makinglove.”

“Sex is getting boring.”

The tali rugged Scottsman has had it up to here with James Bond. He got out of his contract before he became incontrovertibly associated with 007 in the mind of the public. In MGM’s The Hill he tries to change his image by wearing a mustache. In doing so, however, he was spotted by a producer who saw a remarkable resemblance between Sean and the late Clark Gable. He was offered one-million dollars per pic to remake Gable’s old movies. Seems Sean could shake Bond, but even in The Hill’s all-male cast, he just couldn’t shake his sex image. In his next film—WB’s A Fine Madness—Connery plays a Greenwich Village beatnik poet.

This boyish looking, Teuton-blond actor was born in a middle-class working district in Vienna, on November 13, 1922. Because of his portrayal of the Doctor in Ship Of Fools, millions of American women have changed their sex symbol ideal. No longer do they crave the strong, dominant hero. Oskar is far too attractive as the brooding intellectual— troubled, moody, a non-participant in search of some kind of peace. He’s married, has a daughter from previous marriage.

I WON’T BE CAUGHT OFF-GUARD!

Hollywood’s sexiest men refuse to be threatened by all the new talents. Since 1954’s Magnificent Obsession, Rock Hudson, 41, has been an obsession. Divorced since ’58, he likes his bachelorhood. Dick Chamberlain, clean-cut and blond, is still idol of millions; Dr. Kildare is now in 5th season, though it is mellowing, with talk of the doctor taking a wife. Off-screen, Dick, 31 in March, may wed Joan Marshall. Even Paul Newman with his 6 kids keeps his hero status. He’s 41.