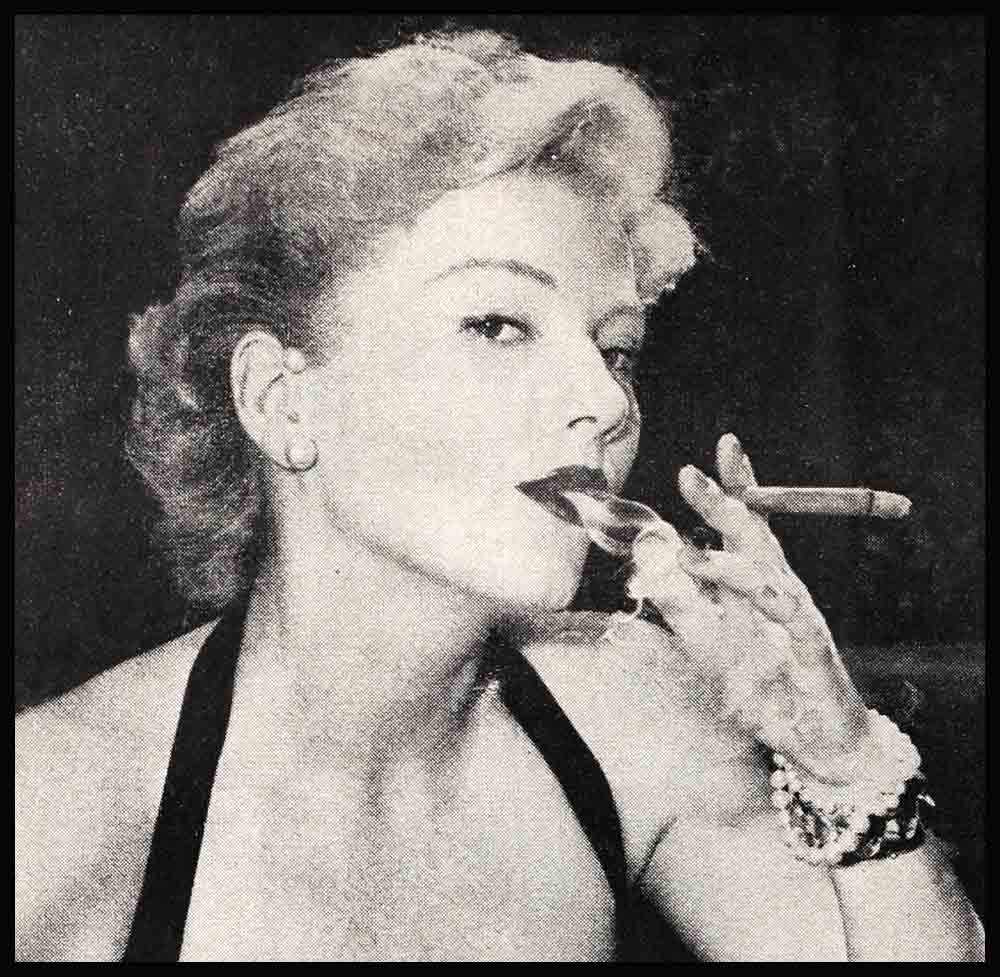 What Has Happened To Anne Baxter?

That’s the question all Hollywood is asking. There were some raised eyebrows when Anne dyed her hair blonde, and when she began to go around smoking cigars in public, the staid citizens of cinemaland were really startled. Not only that, but the new Annie seemed to have outspoken and definite opinions about anything and everything!

What’s been happening? Why this sudden change in Anne, who used to be known as a fine actress, but one who kept the curtain drawn on her private life?

Maybe—just maybe—the answer is a very simple one. Perhaps the background to the answer is Anne’s recent trip to Quebec for location scenes for her new Warner picture. “I Confess.” It has been reported that it was there Director Alfred Hitchcock introduced Anne to cigars, and it was on her return to Hollywood that she began smoking them publicly.

Maybe something else happened, too. Anne found that in Quebec there was great interest in movie stars, that people were asking her about such glamour queens as Marilyn Monroe. Lana Turner and Jane Russell. As for Anne herself they seemed to take it for granted she was a fine actress. Period. No questions. Now any actress likes to be questioned about herself. So Annie did a turnabout. And you can bet that from now on the questions will be flying!