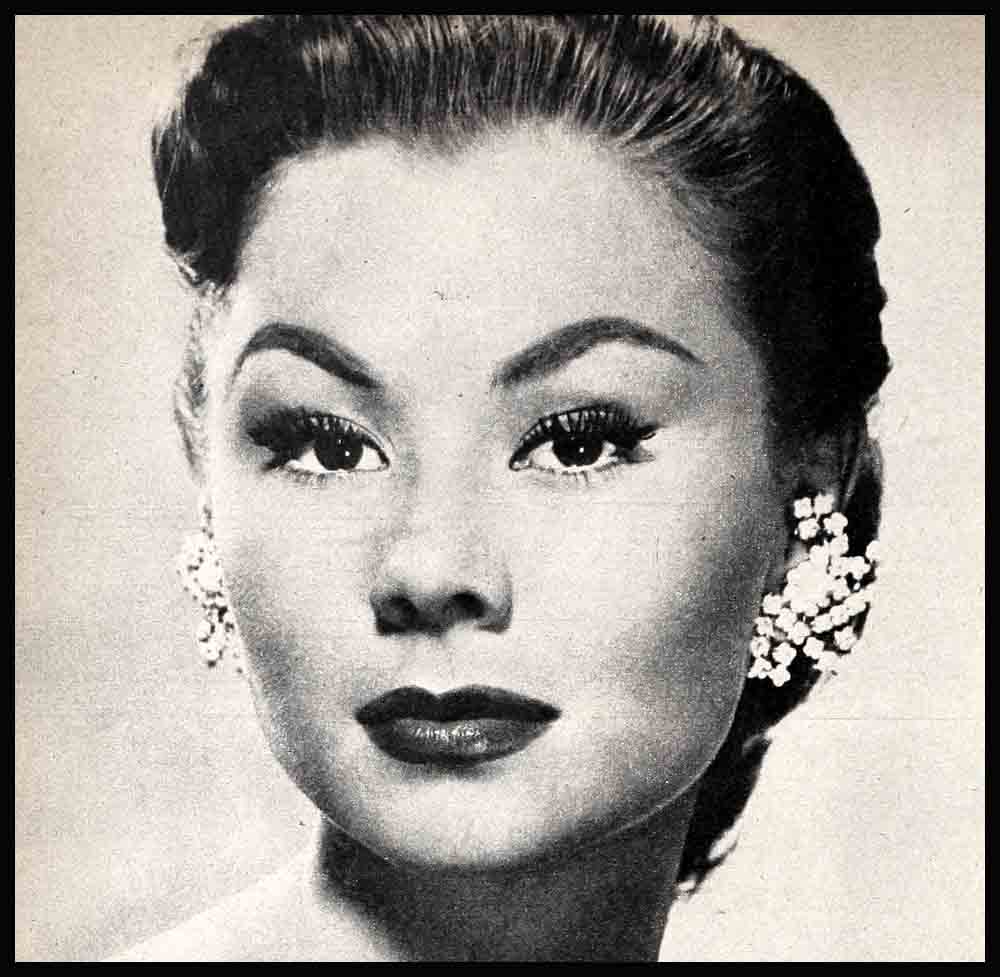 Mitzi Has Ended A Chapter In Her Life

There were just the two of them at the table. They spoke in low voices over their half-filled coffee cups. There was a pause in the conversation. She watched as he Ut a cigarette and she tried to find words—the right words—to say what she knew she must say. . . .

Mitzi Gaynor had come to realize that the future as she had once planned it wasn’t what she wants today. That settling down to domesticity just now when, in a sense, she had never really lived at all, wasn’t for her.

And so she told them—the attorney who had been her best beau as well as her friend and who, during the four years she had known him, had contributed much to her own development as a hum an being. She told him simply and honestly—the way Mitzi Gaynor would. As always, whatever the problem, he understood. She had known he would.

“Richard was my first love,” says Mitzi. “He’s a very special person—one of the finest you could ever know.” She adds quietly, “I wish him all the happiness in the world. And he wishes me the same, I’m sure.”

Handsome Richard Coyle had been Mitzi’s best beau since she was seventeen. At that time, her rise to movie stardom was a dream. But it was a dream she knew would come true— with steady and hard work. Yet Mitzi had another dream, one of a home, a husband, and children. And when she first saw Richard, she knew with the confidence of her seventeen years that this was the man who should share her future.

Older minds might have laughingly considered Richard Mitzi’s first “crush.” When her mother saw that Mitzi was serious, she didn’t laugh it off. Instead, she wisely extracted a promise from her daughter that she would not wed until she was twenty-one . . . until she knew beyond a doubt that she was ready for marriage. Mitzi made the promise and told Richard, “That gives me four whole years to prepare myself to be a good wife.”

But toward the end, Mitzi, who has always considered marriage the most important step in anyone’s life, found that doubts had begun setting in. There should be no doubts, she realized. And that was when she began to take stock of her life.

Seventeen is the time when most young girls are caught up in a happy social whirl. They have crushes. They “go steady.” But for the most part, they generally date a good many fellows before finding the one and only. Mitzi never had a great deal of the carefree freedom that one associates with school days. She worked long hours for her stardom and it was a full-time job. Then she found Richard, and she went with no one else for four years.

Growing up can be a bewildering experience under the most normal circumstances. Mitzi achieved stardom in the process. And once she had attained her goal, suddenly she had more time to take a good look at the world and herself. In growing up, Mitzi saw that she had changed. Today she’s more mature, with a more sophisticated sparkle, both as a person and a personality. And she has an exciting new future before her.

There have been rumors that there is another man in Mitzi’s life. A very important man. It has been said that he entered the picture during the time she was appearing in the musical comedy, “Jollyanna,” in San Francisco. It has also been said that he hired a noted dance director to sharpen Mitzi’s dance numbers in the show.

It could, of course, be love. There is nothing Hollywood likes better than a love story, which may explain the rumors. However, according to the Hollywood grapevine, Mitzi’s friend is making plans to produce a lavish musical. This being the case, Mitzi, one of the most talented dancers in film-land, would be a likely choice for the lead. So it is more logical to assume that his interest is business—rather than romance.

Another report substantiates this conclusion by its mere absurdity. As rumors go, they have gone from the mysteriously romantic to the ridiculous. One fantastic report had it that Mitzi’s new beau was having her carefully watched twenty-four hours a day. If true, the guard did double ‘ duty, as Mitzi’s mother is with her constantly. They have moved from the house they shared with Richard and his mother and are now sharing a modest apartment together.

In breaking her engagement, Mitzi has ended a chapter in her life. “Actually,” a friend of the Gaynors has said, “This has been Corning for a long time.”

It’s hard for a girl to admit that she was wrong. Especially, when it means hurting one of the best friends she will ever have. A change of heart takes courage—like Mitzi’s.