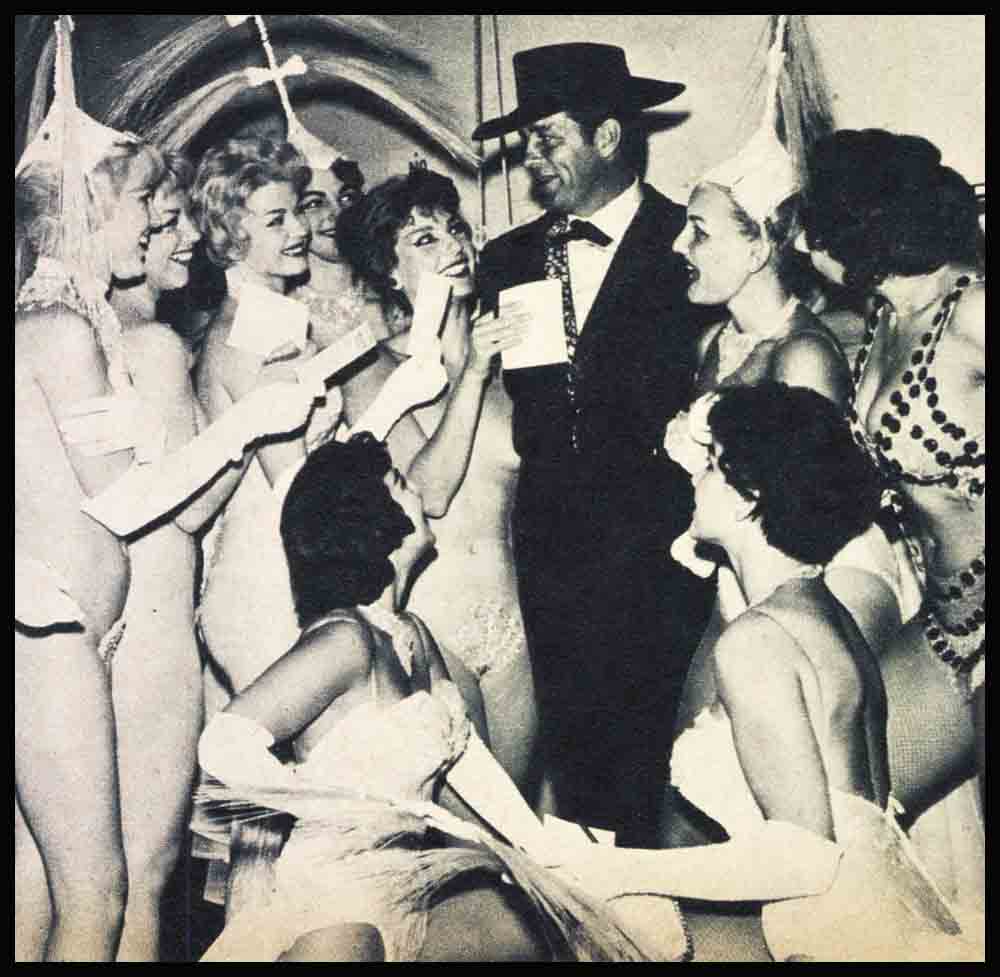 Our photographer quite often surprises the stars and makes them blink when they see how they were snapped on film. These studies are priceless and kept in our secret file. For the very first time we are letting the fans in on them. We hope you enjoy Hollywood offguard as much as we did!

Tony Curtis blowing up a storm on the flute while on location. Reason for garb is he is playing some hot music!

Dale Robertson, who seldom gets to kiss a gal as the he-man of “Wells Fargo” makes up for it as femmes mob him at Vegas.

Dick Clark reacted this way when someone brought up a song they had written. Judging by Dick’s expression it must have been a revival of “Mr. Sandman” or something.

Fabian was all set to go home after shooting on a recent movie, and then the director said, “Okay, let’s see what you’d look like in this wig.”

“Holy Cow! Don’t I get at least one good hand in this terrible game?” Steve McQueen yells, slamming his cards down just as our lensman happened by.

Some guys get a kick out of golf, and that’s just what Phil Harris is getting from Bing Crosby after Phil had sunk a putt to win the game handily.

Cameraman caught Janet Leigh just as she was slipping into a slip in corner of a movie set recently.

Julie London bent over just a bit too far as our rascal of a cameraman was passing by on location one day.

At left crew of a movie are celebrating its successful conclusion by tossing Tony Curtis, the star, right into the cold water!

The radio came on with one of Frank Sinatra’s gassers and Dean Martin began to trip around across his patio.