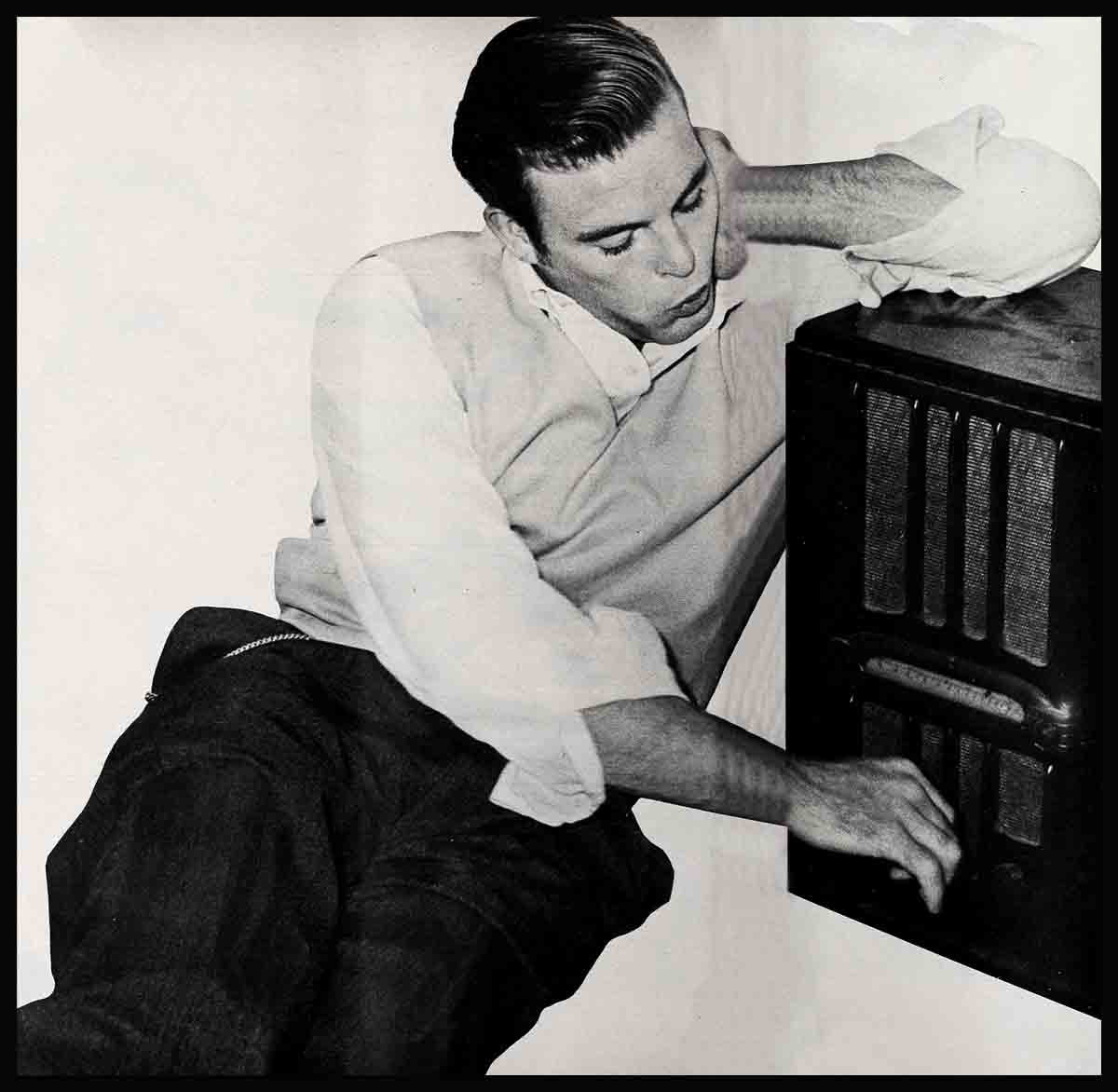 It looks, at long last, as if Lawrence Tierney is finding himself—as if he will finally emerge from the illness, frustration and emotional insecurity that have plagued him—and interrupted the career he began so brilliantly. Ask anyone. in Hollywood how. all this came to be and you will hear a story of brother love that you will not soon forget—a story that might well be the basis of a great novel or a fine movie script.

When Larry Tierney goes for special medical treatment Scott goes with him. It is reported that both brothers have been at AA (Alcoholics Anonymous) meetings.

Scott also has been with Larry when Larry became involved in bar-room brawls and nightclub arguments. For Scott is the one person who can subdue his brother tactfully.

Scott, in other words, is doing for Larry what Scott and everyone else believes Larry would do for Scott if their positions were reversed.

The only person who really could tell this story in its dramatic entirety is Scott Brady. But there’s no chance he ever will tell even a part of it. If anyone, in fact, so much as suggests that Larry has been a source of sorrow, Scott’s eyes become steely slits.

“Larry,” he flares, “is as good as they come. Since he is both sensitive and intelligent he has paid with his own suffering for whatever mistakes he may have made.”

More than this he will not say. His admiration and devotion for his brother is great. His gratitude, if possible, is greater. In a way, he owes his success to Larry —so what if he lately has assumed the greater portion of family responsibility? He is only doing what Larry did before him.

It was seven years ago that Scott, discharged from the Navy, made tracks for Hollywood. His family had moved there from Brooklyn following Larry’s success in the studios.

Not that Scott entertained any thought of becoming an actor. Like every man who came back with his hide whole Scott wanted only to laugh at life and to spend his terminal leave pay recklessly.

But one day when he and Larry were lunching at Lucey’s Restaurant, producer Hal Wallis, sitting at the next table with Photoplay’s Sheilah Graham, called him over and offered him a screen test.

That did it. Scott was convinced Wallis had a few marbles missing. But not Larry. Larry promptly proceeded to coach Scott at home. And he finally induced him to enroll in a school for acting on his G.I. Bill of Rights. Moreover, whenever Scott appeared in a school play, Larry would plant himself in the audience. And when, at last, he believed Scott to be ready, he induced agent John Darrow to see one of his performances and to sign him.

“Larry wouldn’t have let me quit if I had tried,” Scott will tell you. “He worked with me. And he made me work. And he was always shoving me forward, kindly and unselfishly—until at last he made me believe in myself.”

“He thinks he can become a star by imitating Larry’s cocky walk and tough-guy mannerisms,” they used to say, utterly ignoring the fact that Scott had changed his name so he would not trade on Larry’s success.

Then, as Scott forged ahead, the story changed. “Larry,” they said, “sure must be jealous of Scott’s success.”

Neither brother paid any more attention to that gossip than they pay to gossip today when those, determined to be vicious and destructive, announce: “Looks as if Scott’s playing the binge circuit with Larry.”

Far and away the majority know that Scott travels with Larry hoping to help him circumvent the unfortunate publicity that has dogged him recently. Far and away the majority know also that between Scott and Larry lies such a story of brother love as is unparalleled in Hollywood history. And there also are those close to Scott who feel, although they know better than to mention it, that he sometimes carries his sense of devotion ani responsibility too far.

You don’t, if you wish to stay healthy, interfere with the Tierneys from Brooklyn. “They may,” a family friend observes, “have tempestuous moments amongst themselves. But they stand staunch and firm as a unit.”

It was late last year that Larry appeared for his thirteenth intoxication trial in seven years. At this time he accepted a three-year probation in exchange for his word of honor to abstain.

Scott said nothing. But it soon became evident: that he believed Larry meant to keep his word—and that he was going to do everything he could do to help him.

However, he wants no bows for anything he has done. And anyone. stupid enough to ask questions is answered, all too eloquently, with a frozen silence.

“Scott understands Larry better than anyone else,” friends of the Tierneys say. “If Scott believes it is going to work out all right, it will.”

With all our heart we hope so.