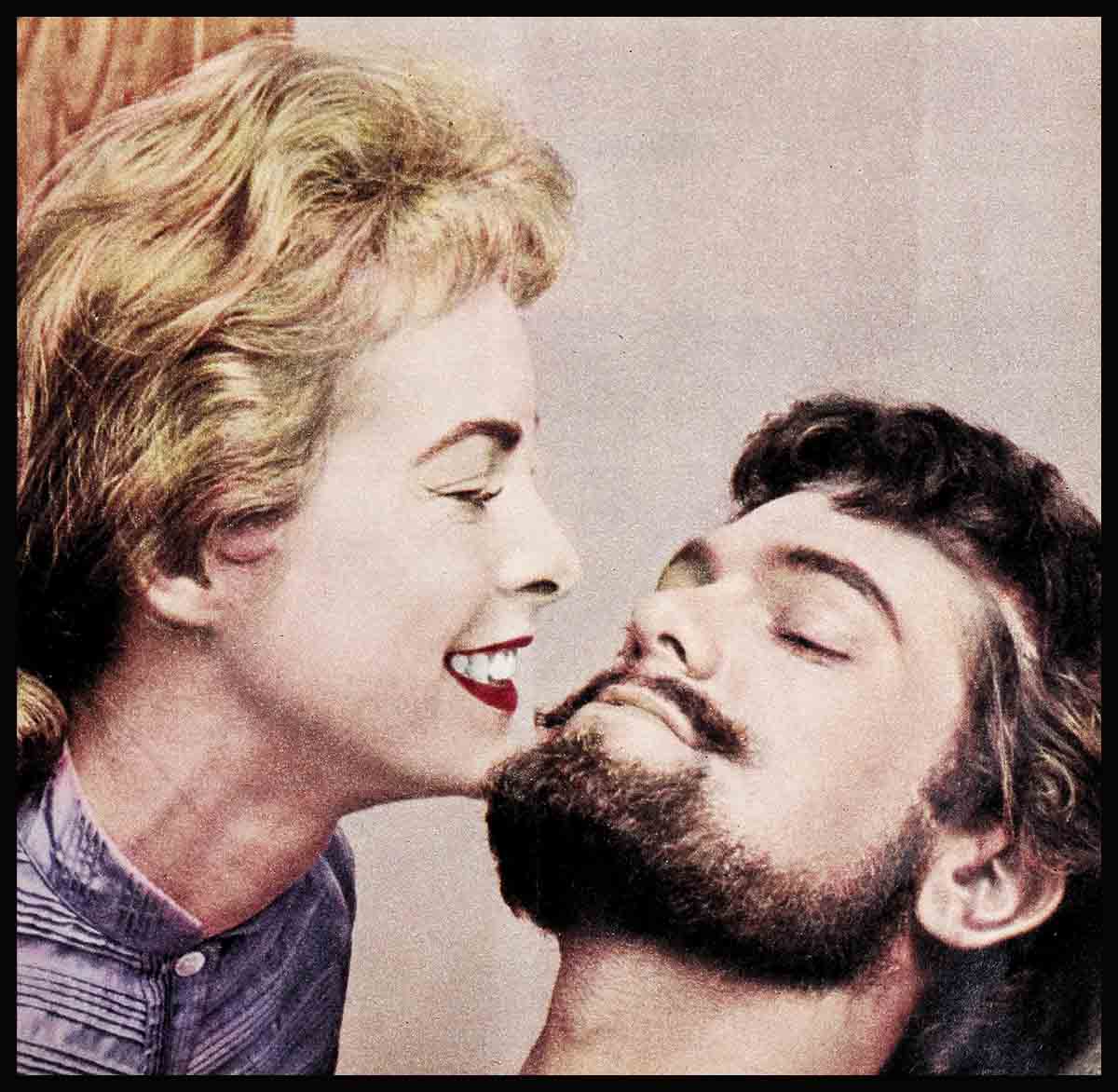 Tony Curtis Gets The Brush

Tony Curtis not only gets a change of pace for the upcoming four-million-dollar production “The Vikings,” but a change of face too. Laid in the non-safety-razor days of Tenth Century Scandinavia and filmed almost entirely in the breathtaking fjords of Norway, the movie requires all the male leads—including Tony, Kirk Douglas and Ernest Borgnine—to wear beards.

Tony started growing his own so that eventually he could discard the fabulous fake created by Buddy West more. But nature takes time and, until the real thing came along, Tony had his chin thatched. Nature finally came through, saving the studio $3,600 and 35 working days.

His wife and “Viking” co-star Janet Leigh kibitzed the job shown here. In the space of thirty minutes she counted seven studio passersby who referred to Tony as “Trader Horn,” five who mistook him for Gabby Hayes and two who swore he was Monty Woolley, all of which left Janet unconcerned. Her comment: “I know who he is!”