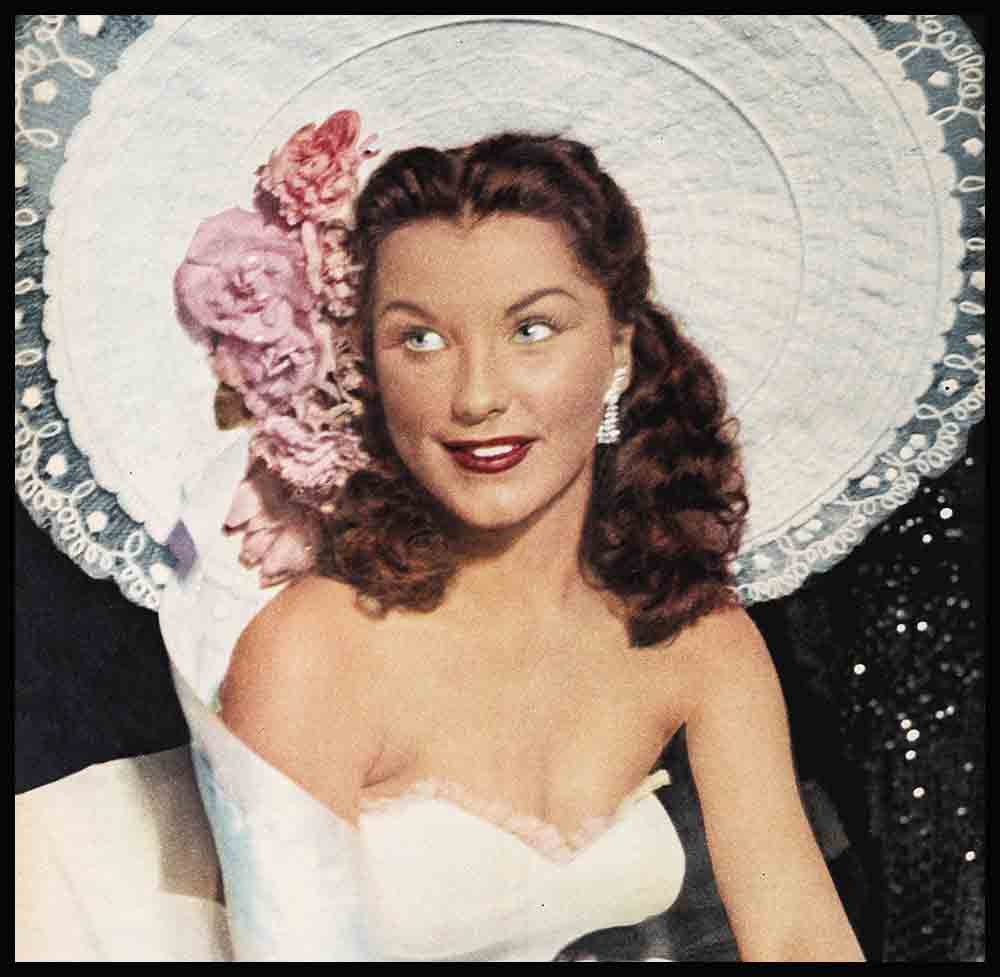 This Is Debra Paget

One of the first truths that most movie stars learn to face when they hit Hollywood is that their private lives are public property. Like it or not, they have to get used to the idea that every thought they have—particularly if it’s a romantic thought—is grist for the publicity mill.

But once in a while, someone comes along who manages to keep her own counsel, who pulls off the practically impossible trick of living her own life in her own way—and keeping the story of what she really thinks and feels out of the gossip columns. This is Debra Paget.

That fact, of course, has not kept her from being written about. There have been reams and reams of copy printed—and most of it has been wild speculation: What is her real secret? What is there hidden in her background? Why is it that so beautiful and talented a young girl refuses to date? Is it because she’s tied too closely to her ambitious mother’s apron strings? Or is it that she has some strange fear of men?

It’s none of those things at all. Although her mother, Margaret Gibson, has guided Debra’s career steps wisely and watchfully, she has not—as the rumors insist—prevented Debra from having a romantic life. She wouldn’t dream of trying it. And if she did, Debra wouldn’t stand for it. Not for a minute!

For this is no namby-pamby. This is a girl who knows what she’s doing—and just exactly where she’s going. And she’s getting there in her own way.

Of course, Debra is not shy and filled with fears! All you have to do is take one look at her warm and vital dancing in “Stars and Stripes Forever” to be convinced that she isn’t troubled by inhibitions. No girl who is “afraid of life”—that’s the phrase they’re using most often—could pull off an act as convincing as that one, if it were just an act.

It’s all very simple from Debra’s own point of view: What she does on-screen is for public consumption. But what she does on her own time is her own affair.

She isn’t trying to pull a Garbo—to build up a mysterious legend about herself. All she wants is what any other good-looking girl does—the chance to be herself, express herself—without comment.

And this applies to the question of dating more than to anything else. There are stories in the papers now—for the first time—of Debra’s being seen around Hollywood with a man. His name? Bob Wagner. Now, Bob’s playing opposite Debra in “Stars and Stripes Forever,” and it’s a perfectly natural thing for a couple of people who’ve been working together to see each other occasionally when their work’s done. It happens all the time. And it doesn’t necessarily spell romance.

Her dates with Bob Wagner are still business as far as Debra is concerned, and the columnists can say just as much about them as they’d like to.

The much discussed question of whom she’s been kissed by—and when—and why—is something else again. For all she’s been accused of living a cloistered life, Debra Paget is just as romantic as the next girl. But romance does not flourish in the spotlight’s glare.

When the time comes—and it will—Debra will be more than willing to let the world know what her heart is up to. But in the meantime—and that may be a long meantime—she’s going to keep on operating on a tried and true old principle: kissing’s nice—but it isn’t nice to kiss and tell.