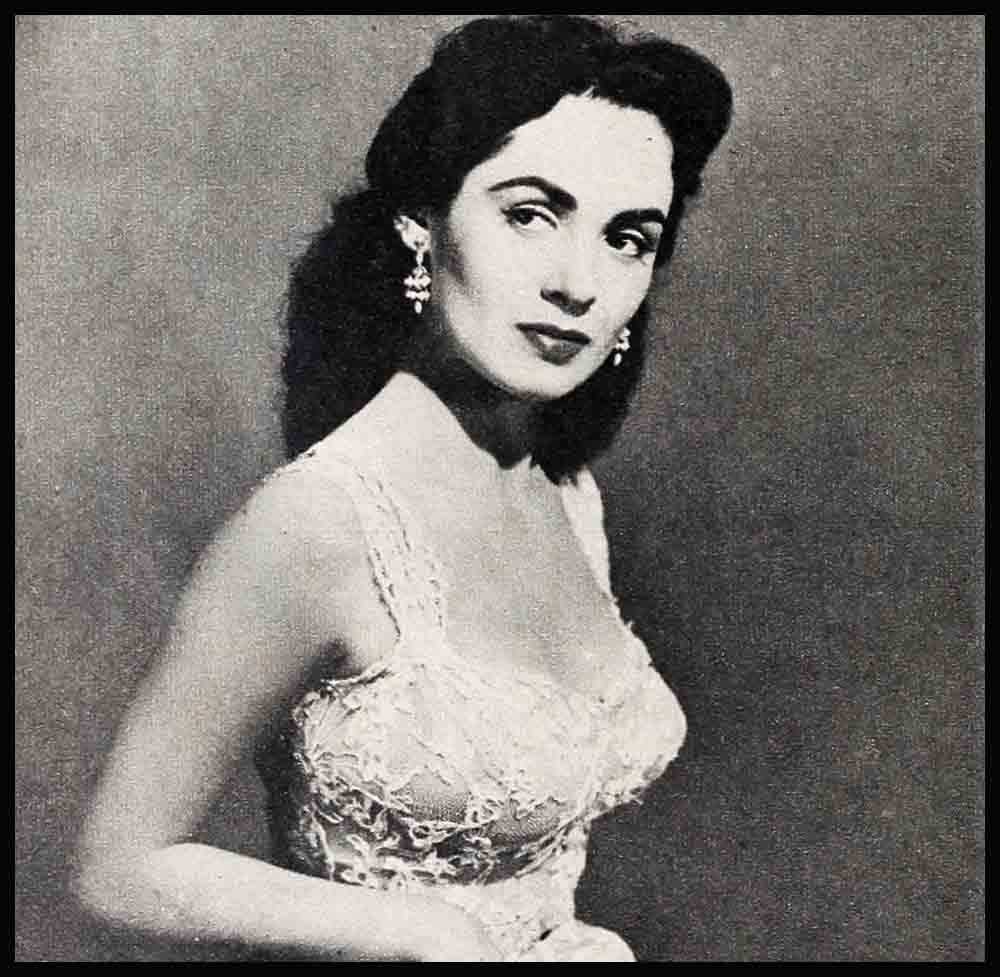 HOLLYWOOD may not speak to television, but when television makes a gift, Hollywood isn’t too proud to accept it. And that’s how it was with Susan Cabot. Born in Boston and brought up in the Bronx in New York, Susan made her professional debut as a singer at the Village Barn in Greenwich Village. Television snapped her up immediately—and no wonder. Eventually, a Columbia talent scout saw one of her TV shows, and sent her to Hollywood to play a lead in “On the Isle of Samoa.” Columbia dropped her after that. “I can’t blame them,” says Susan. “I was nauseatingly cute, batting my eyelashes all over the screen.” But U-I thought otherwise and promptly signed her to a long-term contract.

Susan is chock-full of talents. She was starting out to be a portrait painter and an opera singer when she felt the need for a few fast bucks; so she switched to acting. But she still plans to make the Met one of these days. And paint something that will cause a minor riot. She designs and makes all her clothes. She loves playing classical recordings by the hour and reading serious books.

Susan has almost as many moods as talents. When she first came to U-I, the hairdressers called her Paul Muni. “Poor little Susie,” they said, “everything is so tragic.” But she has her giddy moods too. And then, she does crazy ballet dances and sings funny songs. Oftentimes when she becomes tense and nervous about Life, Love and Career, she jumps into her car and drives for hours along the Pacific, “It always settles my nerves,” she says.

She was married when she was seventeen. But it didn’t work out. She says wistfully that the thing she wants most in life is “a large family.”

When she came to Hollywood two years ago, Susan rented the first inexpensive apartment she could find. “Remember Martita Hunt’s room in ‘Great Expectations’,” she says with a laugh. “That’s where I live. You sit on a piece of furniture and you take your life in your hands.”

Susan was teamed with Audie Murphy in “Duel at Silver Creek,” and again in her last picture, “Gun-smoke.” Audie taught her to shoot. At Ocean Park amusement pier, she pops away at the ducks and brings home arms full of loot. “Just what I need for my apartment,” says Susan.