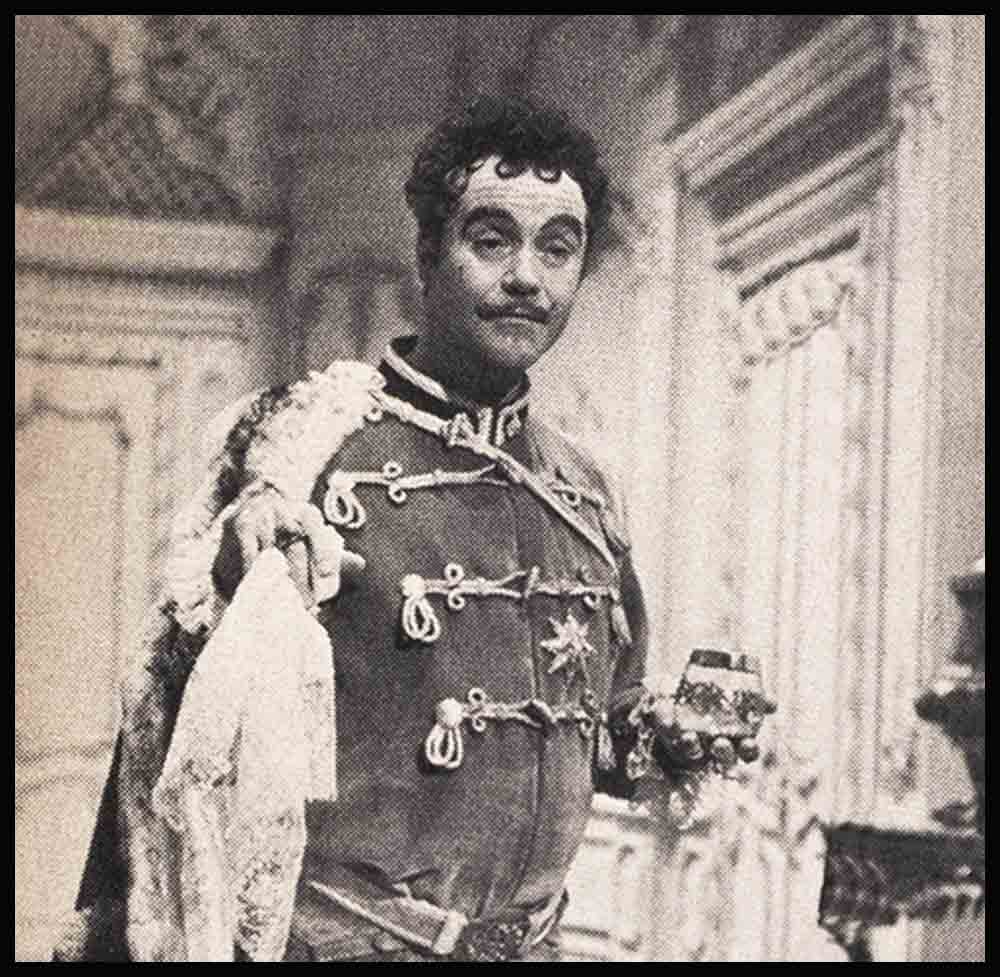 These You Gotta See!

1- Well—the cigar didn’t explode, but the box of matches did when Claudia Cardinale tried to light up, in scene from A Rose For Everyone.

2- Sandra Milo and Lou Gilbert are only two of the ludicrous, off-beat spirits Italy’s Federico Fellini created for new pic Juliet of the Spirits.

4- It’s a black kiss for Lollobrigida and no wonder— Alec Guinness has been hiding in the chimney, away from jealous husband in Hotel Paradiso.

5- They must have given this duck vitamins. Dancing lessons too? Duck’s dance partner is Joy Harmon in Embassy’s Village of the Giants.

6- The Great Race is on but Jack Lemmon looks like he’s about to fail on his face. A few nips and it’s the slow pace that Jack enters.

7- Which one has got the Toni? Certainly not Geraldine Chaplin, who seems to require some help from her beautician for MGM’s Dr. Zhivago.

9- A new rock ’n’ roll star? Hermione Gingold just doesn’t seem the type. She’s more the landlady that she plays in Para.’s comedy Promise Her Anything.