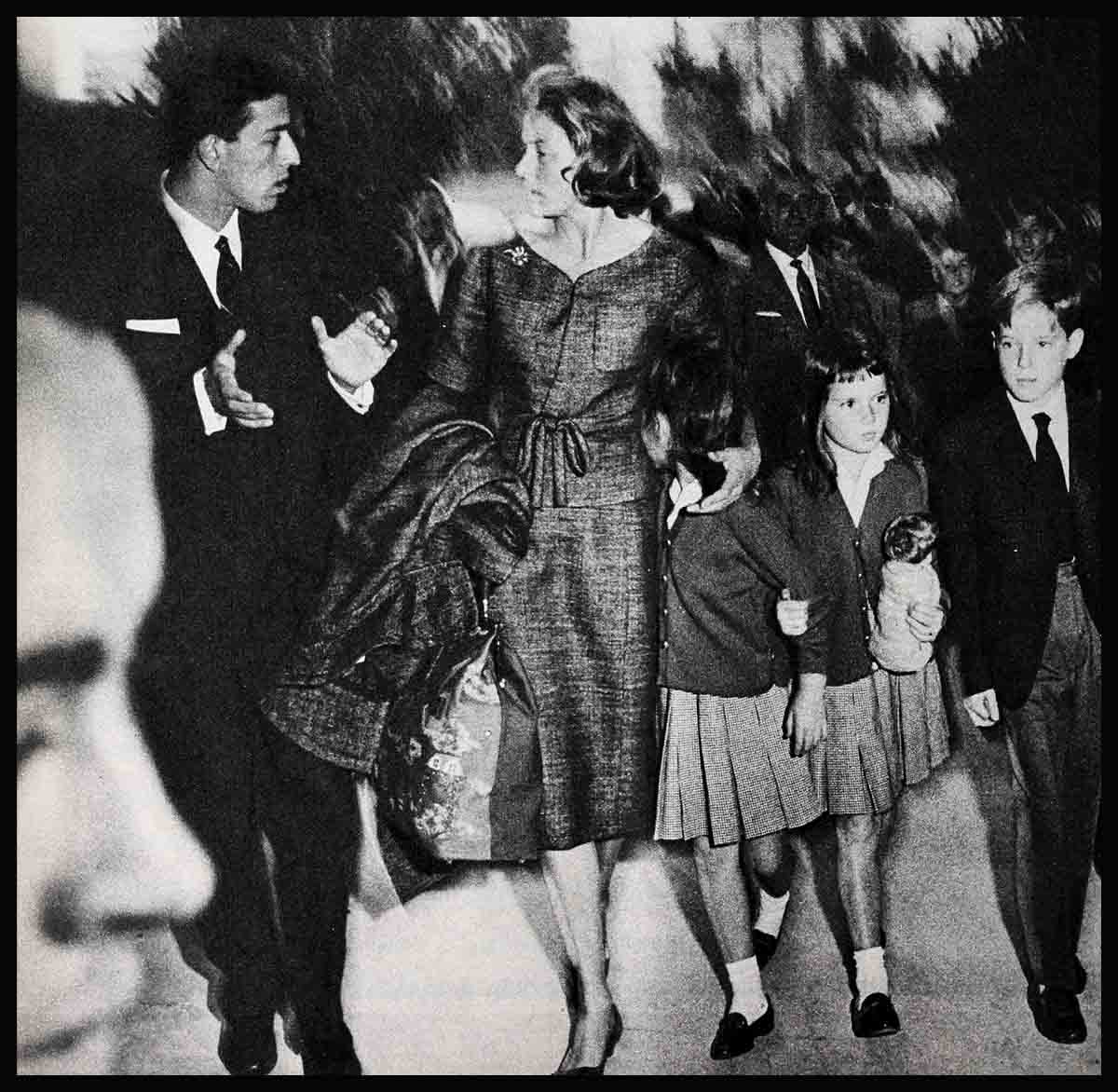 The Children Everybody Stares At—Ingrid Bergman

Newsmen never leave them . . . little Robertino, nine, and his twin sisters, Isobella and Isotta, six. Not since Mama and Papa quarreled and got a divorce two years ago. Then, even more than before, people stared at them wherever they went. When these pictures were taken, they were arriving in Paris with Mama, from Italy where they’d been staying with Papa. But it’s been the same everywhere . . . rushing away from cameras.

Sometimes they’d ask, Why do people stare? Mama would look troubled, but promise she’d protect them. Recently she said, “Now I’m happy, but I wish I’d paid for it alone. My children are paying, too.” For three little ones, it’s become a frightening world. The price is paid. It’s time Ingrid and her children were left alone.