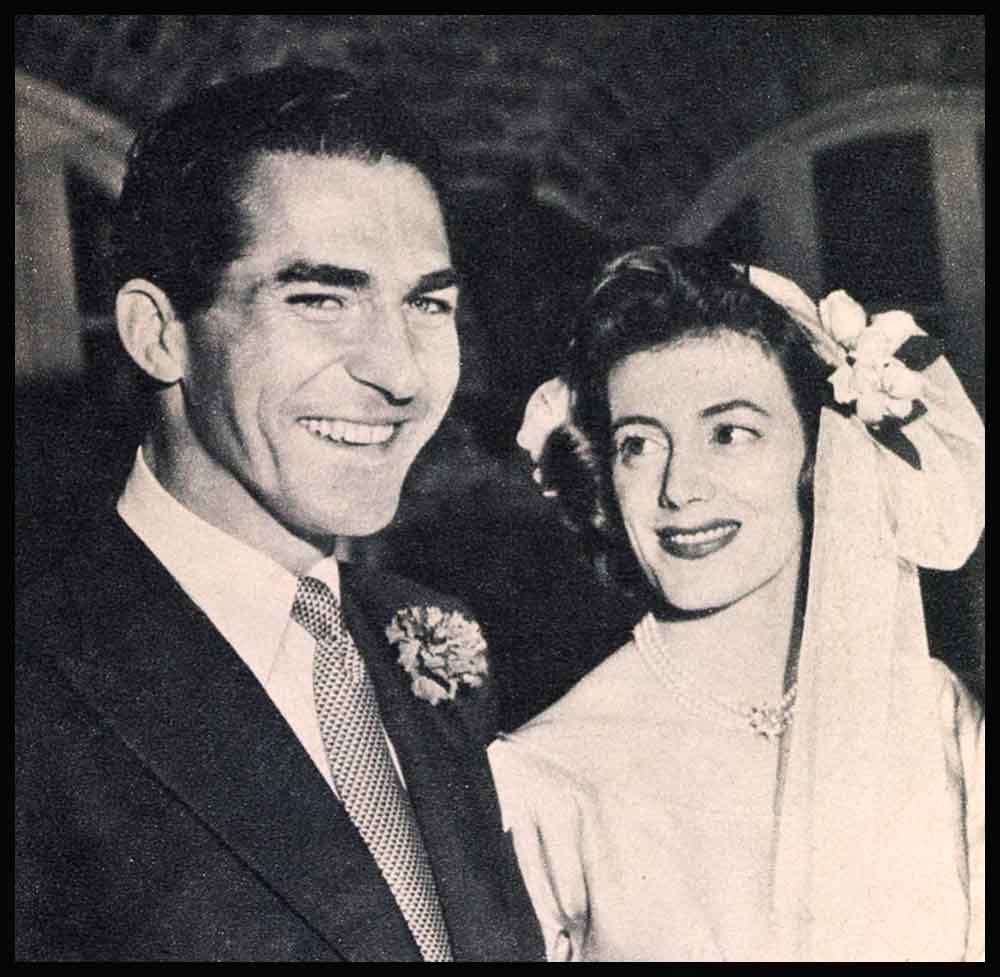 Mental Problems Of The Stars

THE POLICE CAR CAME TO A SCREECHING HALT, sirens still racing. Four patrolmen leaped out and began dispersing the gaping crowd. The object of their curious stares came clearly into view as the milling people were reluctantly pushed back. A look revealed a beloved comedian, “the man of many faces,” but this time he wasn’t joking.

That evening, the 13th of May to be exact, Jonathan Winters was arrested at Fisherman’s Wharf and was placed under observation at San Francisco Hospital’s psychiatric ward. The offense? Winters had climbed the rigging of an old-time sailing ship, only to declare himself a man from “outer space.”

What is it that gave rise to this episode? Many, knowing that Winters was a member of Alcoholics Anonymous, attributed his crack-up to drink; but doctors, and Winters himself, admit that it was a bona fide mental breakdown.

“But this is just an isolated example,” you say. “This doesn’t prove that a majority of others in Hollywood are subject to this sort of stuff.”

Others, many of them trained psychiatrists and psychologists, came to a different conclusion. “Movies and Madness,” which was published in a psychiatric magazine called State of Mind, was authored by a famous psychiatrist who is a personal acquaintance of Movie TV Secrets’ Dr. Harry Byron and is respected by experts the world over. He wishes to remain anonymous and we will not betray his confidence.

The following is a direct quotation from this authoritative source: “Three quarters of the Hollywood population is either insane, just getting over being insane, or about to be insane.”

Dr. X, as we will call him, went on to substantiate this shocking statement with many examples.

Some of the more acute cases he described come to mind. There was the beautiful young actress who had succeeded in the long climb to stardom. At this wonderful moment in her career she cracked, without any previous warning. The staff at the world-renowned Menninger Clinic worked for years, but it is only recently that Gene Tierney has been able to pick up the threads of her shattered life.

Court action again came into play in the case of lovely Frances Farmer. After taking Broadway and Hollywood by storm the talented actress simply lost control of herself. She was repeatedly in trouble for creating disturbances and for drunkeness. More than once she fled from officers of the law . . . and in far from decent attire!

Then, after several trips to jail, Miss Farmer went on the dope kick. Eventually her hospitalization was ordered by the courts due to the fact that she was found to be mentally ill. It was eight years before she was released. Only after seven years of slow and painful recuperation was she able to try a minor comeback.

Not all mental illnesses are as acute or as easily recognized as those I have mentioned. Some personalities demonstrate their less-than-normal emotional States by chronic immature acts. You read about them every day in your newspapers but few people who are untrained recognize these incidents for what they are — signs of severe mental disturbance.

MENTAL PROBLEMS OF THE STARS

The truth about mental illness in Movieville . . . the symploms, the causes, and the tragic effeets. A leading psychiatrist offers explanations and advice.

Has Hollywood Cornered The Couch Market?,

The following are a few incidents from the life of one very famous Hollywood actor. First, it is painfully obvious to anyone who has worked with him that Montgomery Clift has frequent deeply traumatic fits of depression, even when he is at the studio and busily occupied.

During the short period of time that it took to film Raintree County, Clift nearly killed himself and delayed the filming for weeks when he ran his car into a phone pole. At that same time in his life he ran screaming from his house, stark naked, on two occasions. The cause . . . night- mares!

Sometimes on the set it seemed as if Monty wouldn’t be able to support his own weight. He had to be helped from his dressing room more than once.

Another indication of his State of mind was what appeared to some as a suicide attempt. He was discovered in a hotel room in a semi-conscious State with scars on his fingers from a burnt out cigarette butt. Further examination proved that he had swallowed an overdose of sleeping pills.

A fairly long list of Hollywood personalities who have committed suicide or attempted it, who’ve been picked up on various charges from disturbing the peace to fighting, to narcotic charges— like Robert Mitchum — to drunkeness, as in the case of Sarah Churchill, could easily be compiled.

Lawrence Tierney’s drunken escapades have led him to many a jail for a cooling-off period and because of these episodes he is out of work and marked as undependable. Susan Hayward’s violent quarrels with her ex-hubby, Jess Barker, were in all the leading papers, including the time he chased her, when she was nude, from the house and into the Street.

Take Jerry Lewis for example. It is a common knowledge that he is difficult to work with. Many feel that he is egocentric and childish, This talented comedian has been said to fly into a rage, insult members of cast and crew, and to be jealous of the attention paid to his co-performers. This is not behavior, they say, that one would expect from a mature man.

According to directors many women in Hollywood demonstrate this same unfortunate lack of responsibility and maturity, to say nothing of self-discipline. The two most striking examples that have been commented on to us are Judy Garland and Marilyn Monroe.

Co-workers and studio personnel have confided to us on various occasions that neither star thinks anything of arriving on set at the hour at which she was expected. Apparently, it does not matter to them that others are being grossly inconvenienced by their tardiness, not to mention the millions of dollars that they are costing their studios. The same has been said of Elizabeth Taylor. Even when it was her own money that was at stake Judy Garland did not appear at the appointed hour.

Mental Problems of the Stars: Is Liz Unstable?

The most valuable actress in the WORLD, often referred to as the most beautiful woman in America, is also mentally unstable. Her disturbances show themselves in many ways. Some have suggested that Liz Taylor is a hypochondriac, that many of her minor “illnesses” have been mental in origin.

Others point to the lack of success that she has met in her married life. They attribute some of her marital problems to her general lack of concern for human beings and her coldness. They cite the example of Michael Wilding as typical of her lack of feeling and consideration for others.

While she was still married to Wilding, Liz went around openly discussing her interest in Mike Todd. It is hoped that this type of behavior is a thing of the past and that Liz and Eddie Fisher will find happiness together.