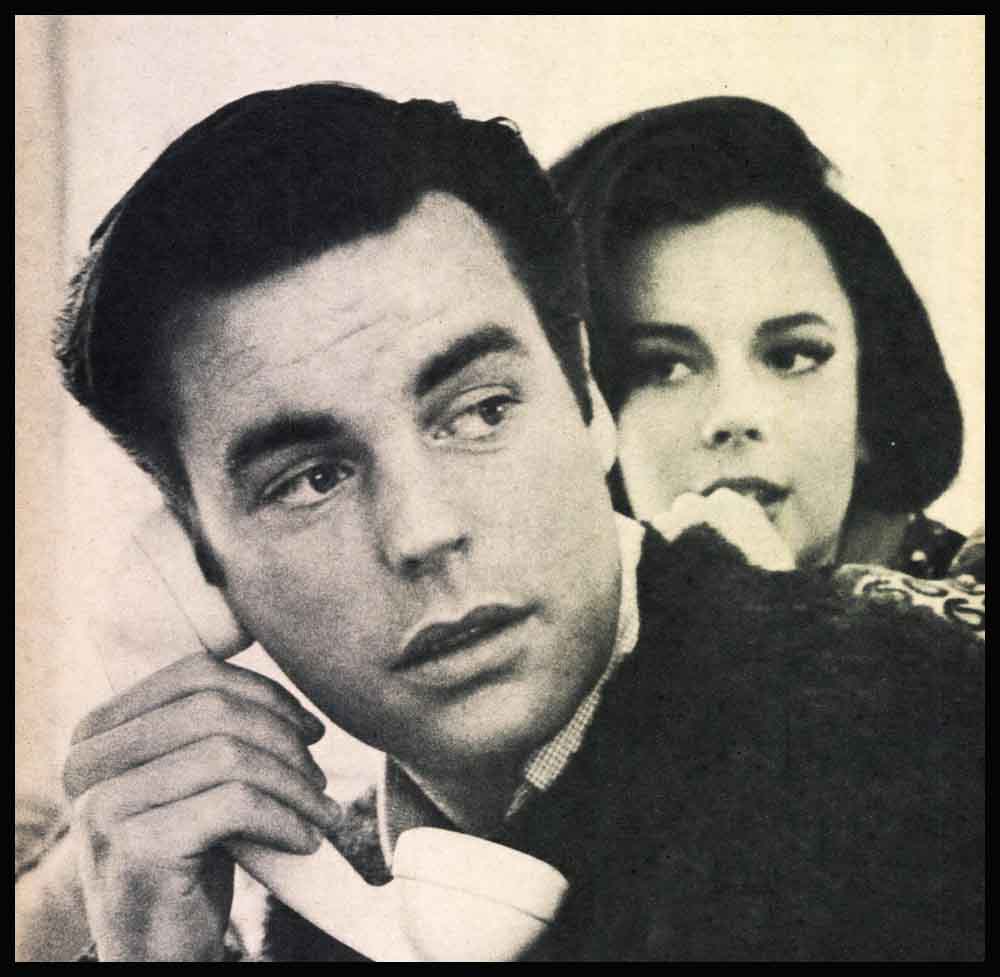 RUMOR: Robert Wagner is frightened to death of horses. Has a clause in his contract stating that he will never have to appear in a western.

FOLLOW-UP: Not true at all. We called Bob direct and he told us that his trouble is a perforated eardrum that pains him when subject to the jogging of a horse; but if a fat role came up he’d take it.

RUMOR: For years it’s been said that Kim Novak wears only lavender lingerie.

FOLLOW-UP: We checked with the ac- tress and she said: “It’s my favorite color, but I have black, mint, and white, too.”

RUMOR: Harry Belafonte emotionally upset, visiting a psychiatrist regularly. They say friends are worried about the State of his health.

FOLLOW-UP: Partially true. Harry’s been visiting a couchman for a long time, but no one is too worried.

RUMOR: Roger Moore’s veddy Briddish accent is a complete phony. He was born in Wyoming.

RUMOR: Debbie Reynolds’ husband, Harry Karl, going to invest some of his big bucks in a series on television for his wife.

Our Reporters Check Latest Hollywood Rumors and Bring You All-Fact Follow-Ups. Some are true, others?

RUMOR: Brigitte Bardot tried to do the Dutch Act again. Only this time her suicide attempt was hushed up and the press never learned of it. She is under heavy guard by her studio.

FOLLOW-UP: We cabled our man in Paris and he con- firms this story!

RUMOR: Chuck Connors very dissatisfied with his video show, “The Rifleman,” wants to make more flix. He will quit it as soon as his contract runs out.

FOLLOW-UP: Chuck says: “Sure I want to make more movies and the studio has agreed to letting me do this. But as for giving up being Lucas McCain? Never!”

RUMOR: Red Skelton has the gamble bug; can’t stay away from those crap tables and wheels whenever he plays at Vegas. They say he’s dropping a fortune every night.

FOLLOW-UP: Red thinks he has the whole thing beat. He now locks himself in his room and plays the dime machines the management installs in his suite.

RUMOR: Doris Day and her husband, Marty Melcher, fought it out one night at a Hollywood spot and they are both seeing their lawyers.

FOLLOW-UP: An item appeared in a trade paper stating that “Ann Day and her husband are heading for their respective lawyers.” It was lifted by a gossip columnist who mistakenly made actress Ann into singer Doris, in her copy. The whole thing is not true. The Melchers are happy people. However, Ann and hubby Martin are not!

RUMOR: George Raft itemed in papers as “finally getting his own TV series as a ‘good guy.’ ” The story went on to say that Raft has never played a goodie on TV before, and is “eagerly looking forward to the role.”

FOLLOW-UP: False. George played in a long series, “I Am The Law,” as Lt. Kirby. So there!

RUMOR: William Holden issued orders to his studio that he didn’t want to pose for any more candid fotos. From now on, he said, he wants to check every bit of photography of him that leaves the premises and wishes the right to reject and accept pictures.

FOLLOW-UP: True. Bill is fighting the battle of Wrinklesville and wants to play it cool.